Groovy seems like the right word for this car 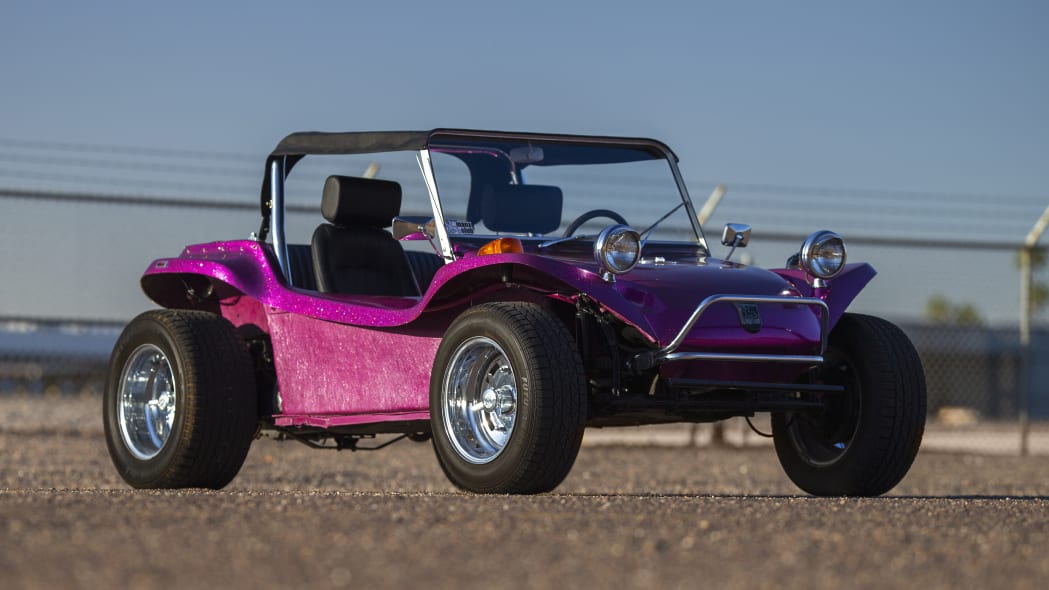 There's no denying it, winter is here, especially at Autoblog's Michigan HQ where it's gray, damp and dark. But auction house Russo and Steele has a perfect mid-winter pick-me-up in the form of this Meyers Manx, one of the original production run in the late 1960s.

It's officially labeled as a 1962, since that's the model year for the VW chassis it's built on, rather than the year the kit was put together, which would have been after dune-buggy originator Bruce Meyers built his first prototype Manx in 1964. The auction house notes it comes with plenty of documentation confirming it is an actual Meyers Manx and not one of the hundreds of thousands of contemporary copycats that sprang up in the 1960s. The fiberglass body is original as is the incredible purple metal-flake fiberglass coating. In the back it has a 1.6-liter air-cooled VW engine that likely doesn't make more than 40 to 50 horsepower. It's of course paired to a four-speed manual transmission.

The car appears to have a few custom touches in addition to the original body work. At each corner are some very fitting Cragar SS wheels with knock-off spinners. Instead of VW taillights, one of the owners, perhaps the original, opted for simple circular lights with blue-dot lenses in the centers. Russo and Steele hasn't given an auction estimate for the car, so it could end up an affordable classic or something more valuable. But if you're interested in bringing it home, it will cross the block at the company's Scottsdale auction that runs from January 15 to January 19.