70 years of VW in America: We go back in time to drive 6 of those cars

Volkswagen is celebrating its 70th anniversary selling cars in the United States, and as part of that celebration, it brought out a selection of significant models from its history to drive, including a 1949 Beetle, 1973 Type 3 Squareback, 1977 Dasher/Passat, 1979 Super Beetle Convertible, 1982 Jetta and 1984 Rabbit GTI. These cars were all in varying states of condition, and we were only allowed to drive them through a nearby neighborhood, so they only ever hit a speed of about 45 mph in our hands.

But each car’s personality still came through. 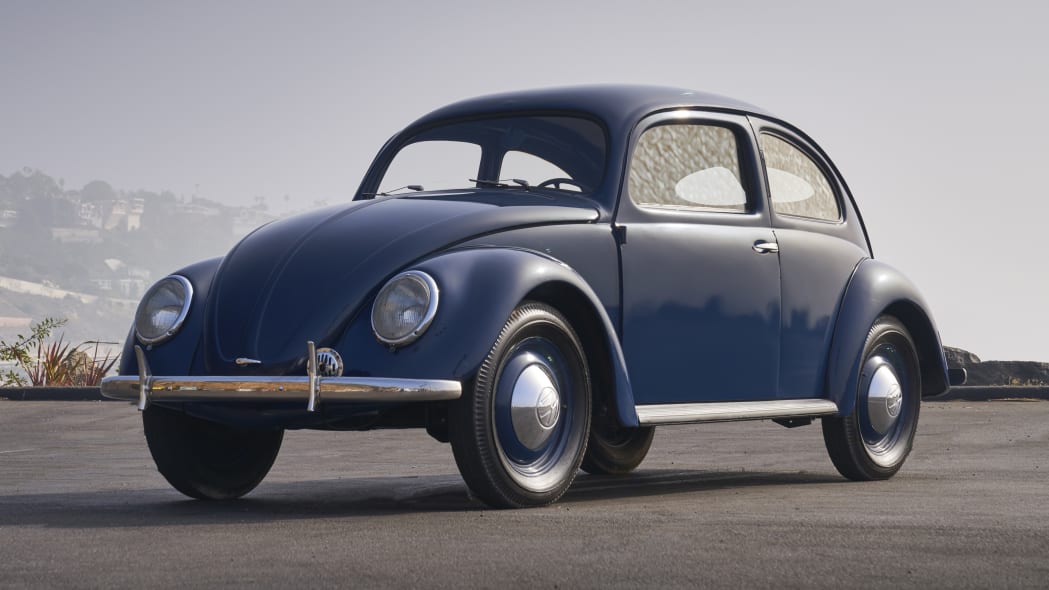 The oldest car here also proved to be the simplest in features, and the most difficult to drive. Its air-cooled engine was claimed to produce a meager 25
horsepower, and I completely believe it. Pulling out anywhere was nerve-wracking, since even at full throttle it accelerated like a golf cart. This Beetle was early enough that it didn’t have a fully synchronized transmission, either, so shifting required some double-clutching – and with it, the inevitable missed gears and grinding. This is a car that takes practice to drive well.

As for the rest of the car, it’s elegant in its simplicity. The interior is all painted metal, and only one dial exists – a speedometer, housed in an ivory-colored
surrounded and matched by just a couple of similarly colored switches. It all has a bit of Art Deco flare to keep it feeling too spartan. The seats are comfortable enough, but with barely adequate cushioning. It’s not rewarding to drive by modern standards, but it puts into perspective how far we and
VW have come in the intervening years. 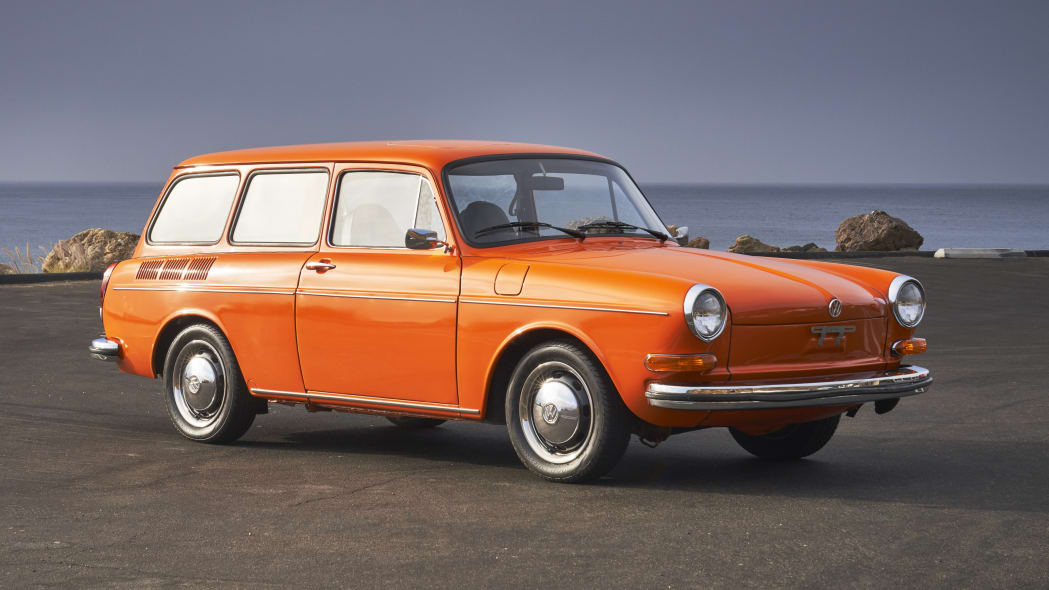 The Type 3 was an early attempt by VW to expand beyond the Beetle and the Microbus into a more conventional car. It was available in coupe and wagon
forms, and still had an air-cooled flat-four engine mounted in the back powering the rear wheels.

The 1973 version we tried out had a fuel-injected 1.6-liter engine making 65 horsepower. While not fast by any means, the 65 ponies helped the VW join traffic more confidently, feeling a little like a modern subcompact car. Impressively, the Squareback has a smooth ride that absorbs bumps well. Body roll is moderate, but it corners decently. The steering on this one felt a little loose and numb, but was responsive enough.

The biggest detriment is the awkwardly positioned pedals. They’re angled upright and have a long travel, so you have to move your legs a lot to actuate them. The interior is still mostly painted metal and simple seats, but some bits of plastic modernize it and add some contrast.

As a wagon, the Type 3 Squareback is fairly practical, offering cargo space not just up front like a Beetle, but also a reasonably sized cargo area in back over the engine compartment. 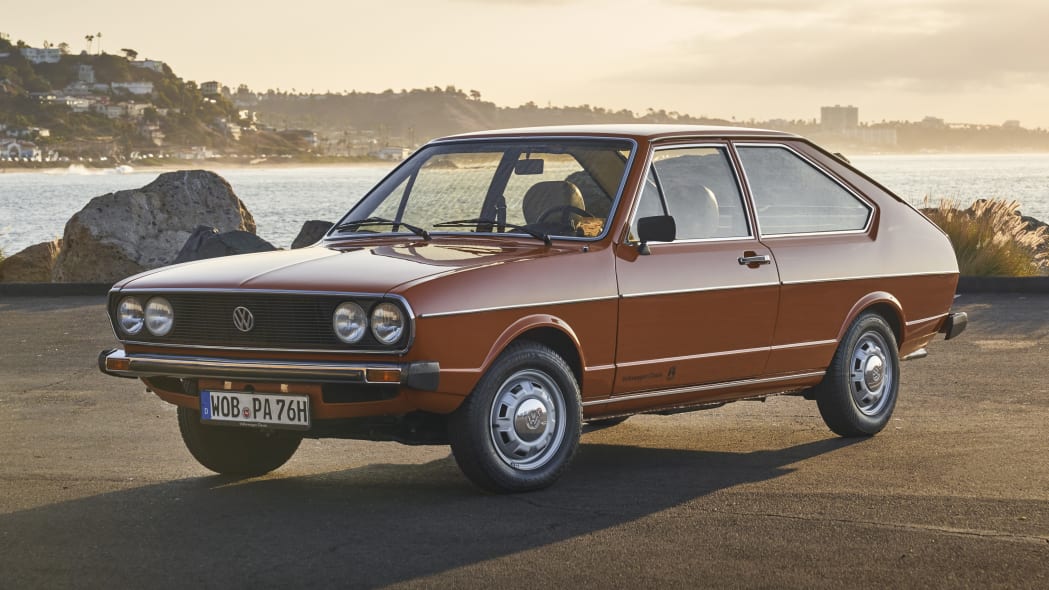 The 1977 Passat on hand was a German-market car. American versions were called the Dasher. It was a significant departure from past VWs with its water-cooled 78-horsepower inline-four powering the front wheels. And with a larger two-door hatchback body, it was very similar to the contemporary Honda Accord.

This particular car was in impressive shape, and it felt the most like a modern car. The shifter was tight with short throws. The steering was accurate, responsive and light. Its comfortable ride and secure handling come with a lot of body roll, which isn’t unusual for the period. The pedals and seating position also felt designed around driver comfort, rather than the compromised layout of many air-cooled VWs. The interior was significantly modernized with a mostly plastic interior with faux wood trim and a little bit of chrome garnish. 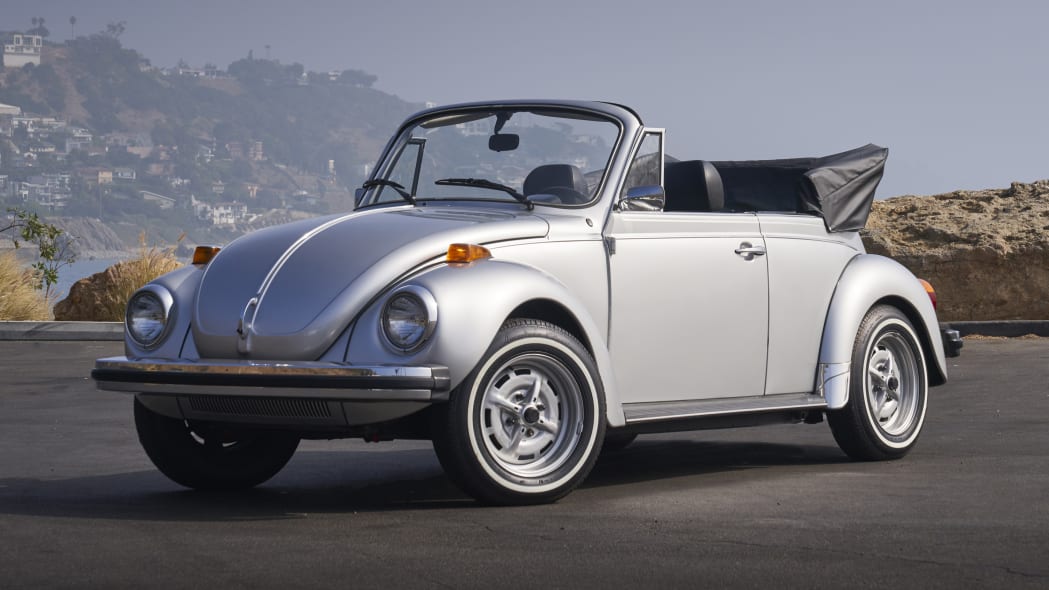 This was easily my favorite car to drive, and it showed how much just the Beetle changed from the 1949 model. The Super Beetle was significantly reengineered, sporting a MacPherson strut front suspension for a significantly improved ride (and a more bulbous hood to accommodate it).

This one has a 48-horsepower fuel-injected flat-four at the back coupled to a four-speed fully-synchronized manual transmission. Though a bit notchy, the shift throws are short and each gear is easy to find. Though it doesn’t make as much power as the Type 3, this Super Beetle felt just as quick. It sounds growly, like a tiny Subaru engine.

The ride is on the firm side, but body roll is limited and the steering is surprisingly talkative and precise. The interior is covered in black plastic and faux wood rather than the spare ’49. There’s a bit more instrumentation, too, such as a fuel gauge. And as a sign of the changing times, it has a door buzzer to remind you the key is in the ignition when you open the door. 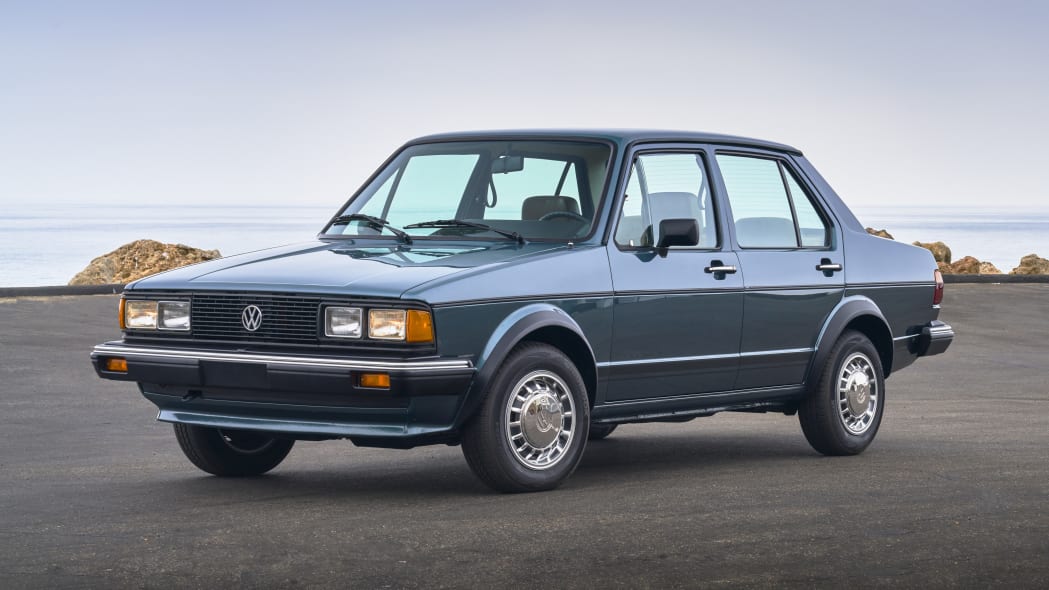 Surely the early Jettas like this 1982 are decent enough cars, but the three-speed automatic in our test car sucked every ounce of life out of its 76-horsepower, water-cooled inline-four. Even going slow on neighborhood roads, I had to keep the foot to the floor to get anywhere.

At least the original Jetta is still a handsome little sedan, particularly in this car’s dark metallic green and saddle tan vinyl interior. Visibility is extraordinary with the upright, thin pillars. The plastic dash is blocky and hasn’t aged particularly well, but the driving position is reasonably comfortable. It also handles reasonably well with a slightly firm ride. 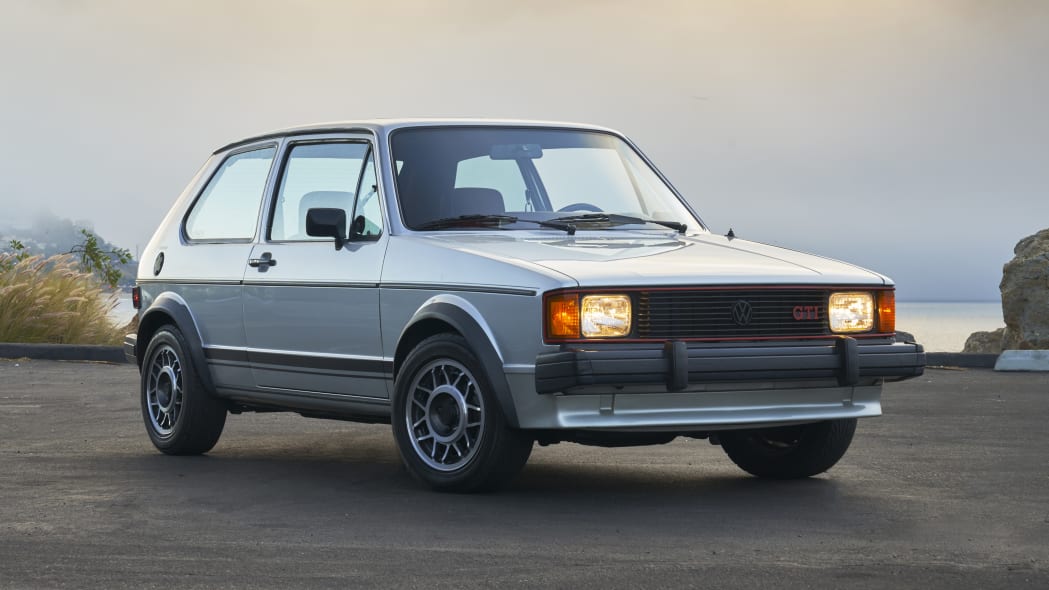 This is the origin of the hot hatch, and it’s still a fun little car. Its inline-four engine is upgraded to 90 horsepower and paired with a five-speed manual transmission, which doesn’t sound like much, but the GTI feels genuinely gutsy. The closest thing I would compare it to is the base Mini Hardtop with the three-cylinder. It’s fun, even if it isn’t truly fast.

The manual transmission feels a little loose and ropey, which is disappointing. But the handling helps. The chassis is very communicative, and the steering is quick and accurate. Our car could definitely use new tires, as they gave up way before the chassis did, and yes, this was at between 30 and 40 mph.

Everything I said about the Jetta’s interior applies here, but the GTI has some excellent seats with comfortable, supportive bolsters, even all these years later.

While the new GTI provides fun at all velocities, you can still appreciate the low-speed fun the original offers.