Impressive safety and convenience kit for the class, plus plenty of options 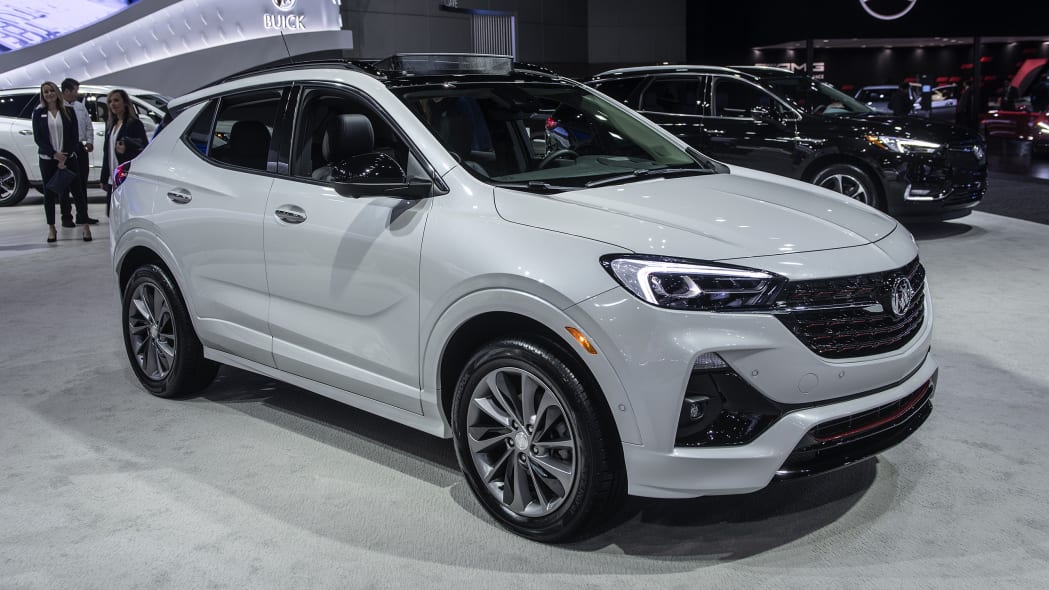 The 2020 Buick Encore GX is officially a thing in North America. The compact crossover slips into the space between the slightly smaller Encore and the larger Envision, adding extra room behind the rear seats to pack in a lot more than the Encore, and only a little less than in Envision. Beyond the additional room, every trim of the Encore GX comes with safety tech that — for the moment, at least — can only be had as an optional extra on the standard Encore, if it's available at all on the smaller model. The six included features are automatic emergency braking, following distance indicator, forward collision alert, front pedestrian braking, IntelliBeam headlamps with automatically-adjusting high/low beams, and lane-keeping assist with lane departure warning. IntelliBeam, for instance, isn't available on the Encore, and doesn't come standard on the Envision until maxing out at the AWD Premium II trim.

Convenience touches in the cabin are found in wireless charging, Bluetooth pairing for two phones simultaneously, and Android Auto, Apple CarPlay, and Sirius XM with 360L compatibility. The 360L version of Sirius XM combines satellite services with streaming to provide more channels and access to live and on-demand shows. Buyers can luxe it up inside with optional perks like leather-appointed seats, a heated steering wheel, and an ionizing air filter.

Buick says the Encore GX swallows 25.3 cubic feet of goods behind the second row. According to the dimension stats on the Buick site, that's 6.5 cubic feet more than the load space in an Encore and a measly 1.6 cubic feet less than the available volume in an Envision. The carmaker wants buyers to get the most flexibility out of the Encore GX area as well, serving up an adjustable load floor in every trim that can be raised to lie level with the folded rear seats and provide extra under-floor storage. Evoking hints of Home Depot runs, the 40/20 fold-flat rear bench puts the smaller folding section behind the driver's seat "to better accommodate an 8-foot long object diagonally from passenger seat to rear driver’s side."

GM opened up about engine choices in August, the two motors on deck either a standard 1.2-liter turbocharged three-cylinder or a 1.3-liter turbocharged three-cylinder that will be optional on some front-wheel-drive trims and standard with all-wheel drive models. On FWD variants, both engines are paired with a continuously variable transmission, whereas spending the extra $2,000 to get AWD also gets a nine-speed automatic. Power in the latter mill is expected to be 155 horsepower and 174 pound-feet of torque, and GM estimates it will return 31 miles per gallon combined on the EPA cycle. The Encore GX AWD system comes with a switch to choose FWD driving, but we'll figure that 31-mph fuel economy estimate is for the front-driver with the CVT.

Standard wheels are 18-inchers, a Sport Touring package that "gives owners distinctive, exclusive design features" comes with a different 18-inch wheel design and cosmetic differences like a black mesh grille, body-color surrounds, and red accents front and back. We're not sure yet where the Encore GX ST fits into the lineup; the regular Encore has a Sport Touring trim level, so we'll wait to find out if the Sport Touring package can be added to the Preferred, Select, and Essence trims we've been told to expect on the Encore GX.

The 2020 Encore GX being arriving on dealer lots in early 2020. With everything we've learned, the pricing is even more attractive than we thought for buyers who need a dollop of extra room. 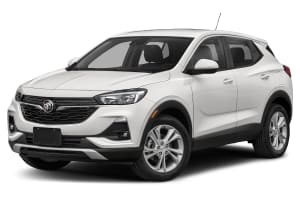