Take an early peek at the new Ford electric

Looks like we don’t have to wait until Nov. 17 anymore to see the Ford Mustang-inspired EV crossover! One of our intrepid spy shooters just bagged photos of the car in super thin camouflage driving on Ford’s proving grounds. We can see practically everything there is to see in these photos, so take a long, hard look at the crossover coupe body style we’re dealing with.

The front end sort of resembles that of a Mustang, but it’s a very loose interpretation of that car’s design. Its headlights are thin, but they’re much longer horizontally than the Mustang’s. Then there’s the grille. It looks opaque from these shots, but it’s a clearly defined area. The camouflage is trying its best to conceal lower trim flourishes, but we can still see some curved black plastic down below that looks production to us. 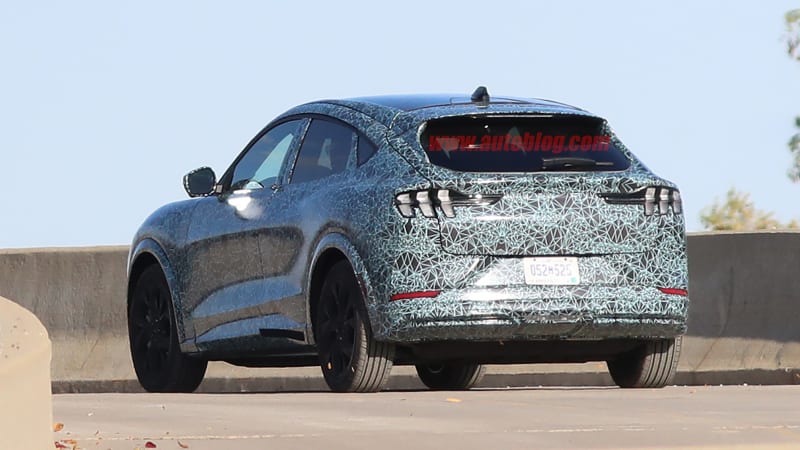 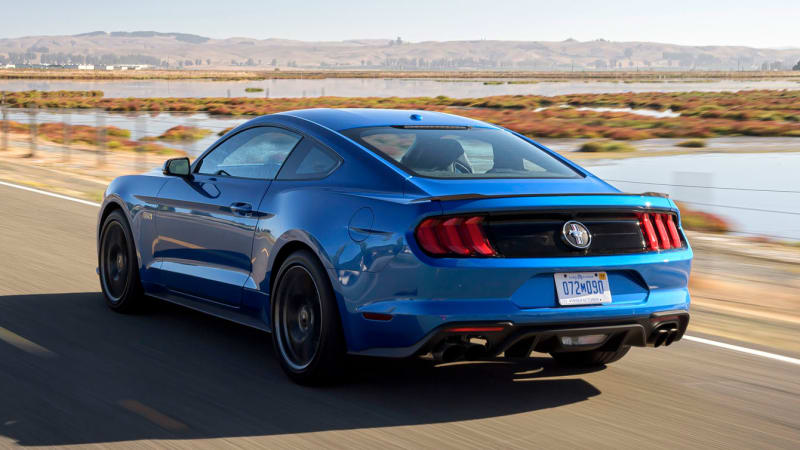 The car’s side profile wasn’t captured perfectly, but the rear three-quarter shot still reveals strong, muscular body lines. It looks a lot like the body lines on the Mustang, leading into wide rear haunches. This all looks mighty Mustang-like from the side and rear quarter panel, and we dig it. As expected, the sloping roofline gives the crossover a strong crossover coupe appearance. That roof leads into an overhanging rear spoiler and an angled rear window.

Below the rear window is the most Mustang-esque feature of the whole vehicle. It has the same taillight design as the Mustang with its triple vertical element on both sides. From what we can tell, there are no fake exhaust tip elements down below, and the whole hatch is heavily sculpted for an aggressive design.

As a whole, the car is very obviously a crossover with its raised ride height and proportions. We’re going to assume the wheel arches that are currently camouflaged are done up in black plastic to give it a rugged appearance, too. The tires aren’t anywhere near as wide as the massive rear rubber on some higher power Mustangs, but we’re guessing this car’s all-wheel drive traction will do just fine.

Ford’s done such a great job of keeping this car completely under wraps so far, so it’s a bit surprising to see it caught so close to the reveal. Enjoy, or criticize. Either way, we’re looking forward to learning details in a week’s time.