Plus, there's a turbocharged Kicks crossover with Ohlins-developed shocks 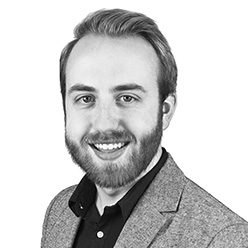 Nissan is attending SEMA this year with some seriously impressive sheetmetal in tow. While the lineup may be relatively small, it’s full of quality. All the major vehicle categories are being met. In total, Nissan has a sports car, a couple off-road trucks and a wild crossover to show us.

Three out of the four vehicles shown here are comprehensive builds, showcasing some seriously cool aftermarket ware. We’re still not sure which is our favorite of the bunch, but let’s get into them below.

Look! It’s the Frontier we want. This project was put together by Nissan Motorsports and MA Motorsports from Maryland, and it looks ready to take on some difficult off-road racing. Nissan did more than add a totally new suspension, though. The 4.0-liter V6 was swapped with the 5.6-liter V8 out of a Titan. This V8 was then completely rebuilt to race spec, adding a Garrett turbocharger in the process. Output is at an astronomical 600 horsepower and 700 pound-feet of torque. All this, and the V8 is paired with a Nissan six-speed manual transmission. Did we mention this was going to be truck heaven?

Of course, this Frontier hardly even resembles a Frontier anymore. It has a long travel BTF Fabrication suspension kit on it, matched up with Kind Racing triple bypass shocks in front and back. The stock rear leaf springs were swapped out for Giant Motorsports Link Killer leaf springs, as well. New bumpers and fenders were added, totally transforming the Frontier’s looks. We’re big fans of the tire carrier in the bed, as well. 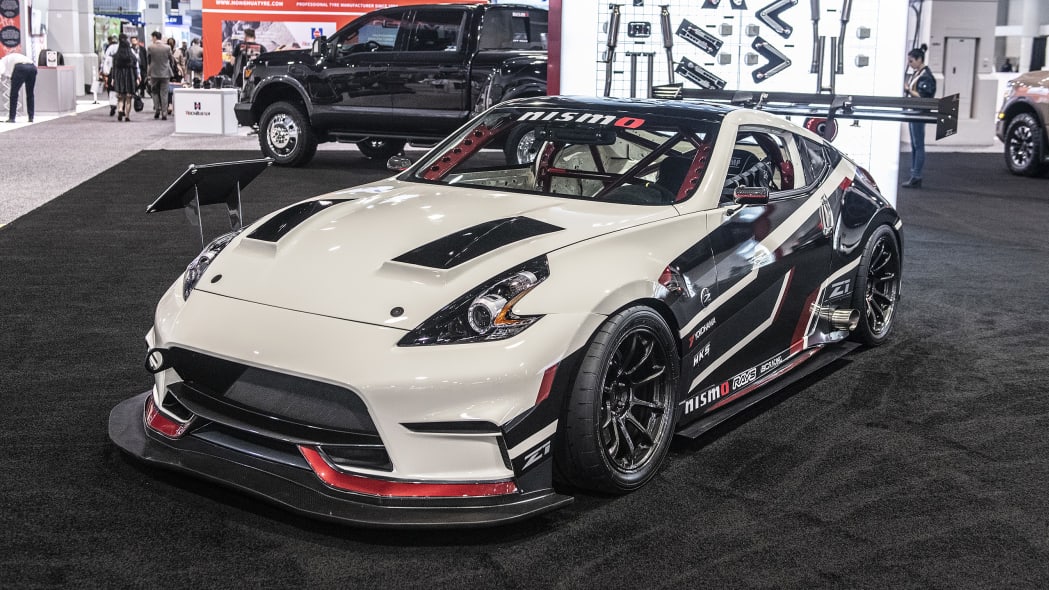 Here’s a 370Z with over 750 horsepower for you. Enough said? Well, we have a lot more for you. Z1 Motorsports of Carrollton, Ga., worked with the Nissan Motorsports team to piece this car together as one of the quickest Zs around.

The body was stripped, acid-dipped, and then the team removed any piece of the structure that doesn’t contribute to faster lap times. Many exterior body parts were swapped with carbon fiber, and massive aero was tacked on top of that.

The 370Z uses a fully-prepped race version of the 3.7-liter V6 and adds two Garrett turbochargers to make the extreme amount of power. A six-speed sequential transmission will do the shifting, and the team actually used a Nismo GT-R differential. All the suspension and steering components are from the Nismo team, as are the cooling systems on the car. It gets a racing Brembo brake setup and Rays aluminum-alloy wheels wrapped in Yokohama Advan tires. This car will also be put to good use in a full time-attack racing season, which feels about right to us. 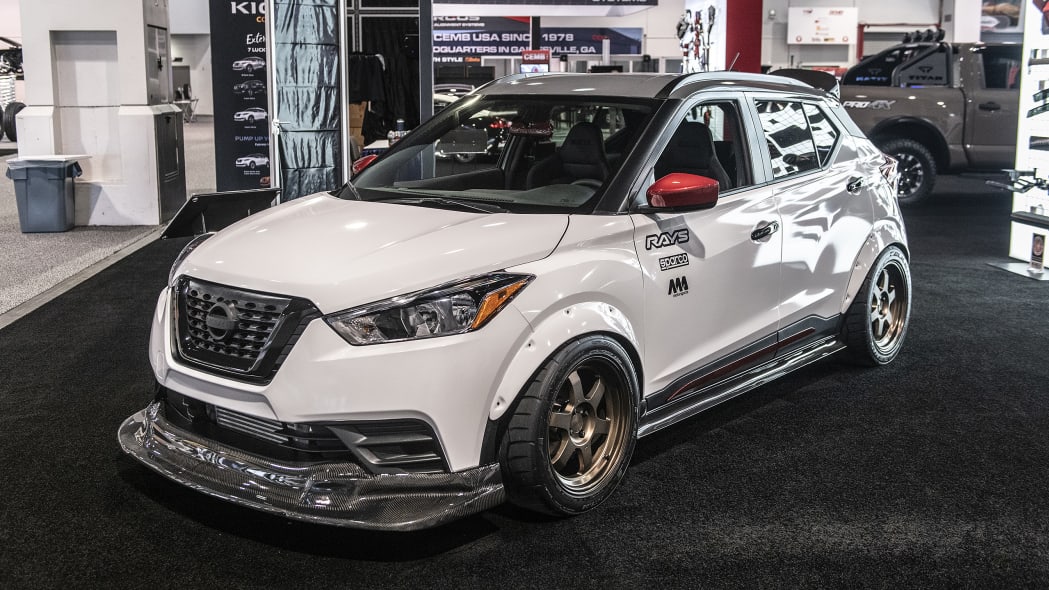 The Kicks isn’t a thrilling crossover by any stretch of the imagination, but Nissan is trying to make it into one with this highly modified version. MA Motorsports and Nissan Motorsports worked together, and the results are solid. A custom turbocharger kit was made for the 1.6-liter four-cylinder, and a custom Nismo exhaust was also added to let it breathe better.

Nismo and Ohlins worked on a custom shock setup to fit the bespoke suspension fitted to the car. Volk TE37 wheels are mounted to Falken Azenis tires, and there’s a glorious amount of sidewall to go around for all. The custom bodykit finishes it off, bringing the Kicks lower to the ground. It looks … good, surprisingly. 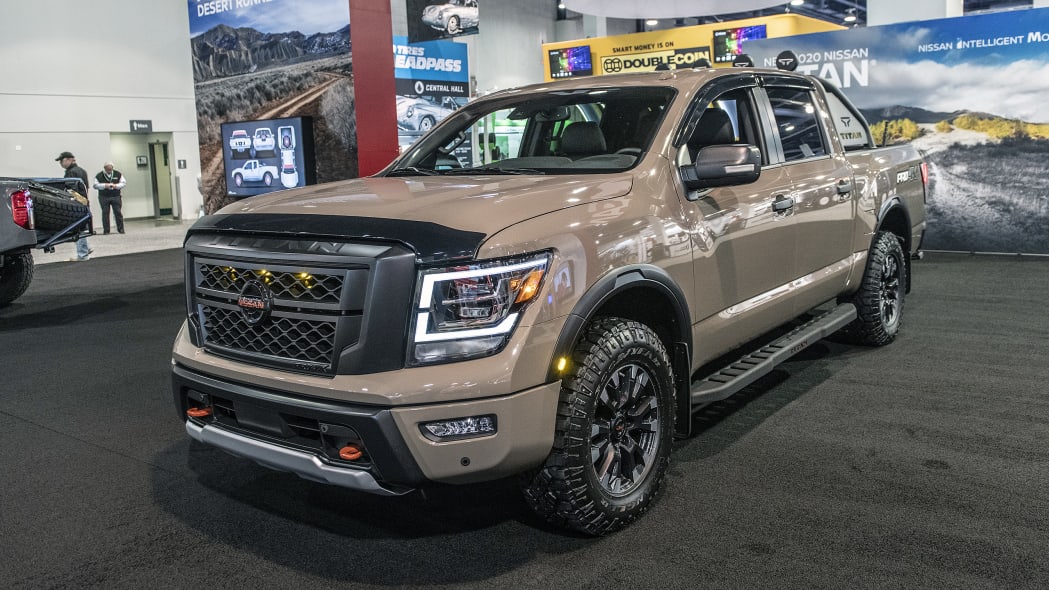 Nissan recently showed us the refreshed Titan, and now it’s using SEMA to show off a laundry list of accessories you can add to the slightly new truck. A PRO-4X was used here with the following equipment: sport bar with off-road lights, rear bumper step assist, sliding bed extender, mud flaps, marker lights for the fenders and grille, illuminated kick plates, tailgate assist handles and a whole bunch of other stuff.