Autocar reports that the next-generation Mercedes-AMG C 63 will give up its membership to the V8 club and become a four-cylinder plug-in hybrid. You read that correctly. The news isn't exactly new, it only adds more confirmation to what's been whispered thrice before. In April 2018, Mercedes-AMG boss Tobias Möers told CarAdvice that Affalterbach's take on Mercedes' bestselling sedan would go hybrid and all-wheel drive. He foreshadowed the four-cylinder sucker-punch by saying, "[We] have to be creative, and I'm chasing performance, and that's not strictly linked to the number of cylinders." In May this year, a German site specializing in Mercedes rumors predicted the four-cylinder hybrid with 476 horsepower in base trim and a 48-volt electrical architecture. Then, in another Möers interview piece at the Frankfurt Motor Show, Motor Trend mentioned the 416-hp 2.0-liter four-cylinder in the current A 45 S and CLA 45 S, and wrote, "Expect to see a version powering a future 2021 Mercedes-Benz C-Class AMG model."

The C-Class AMG got so good that it's been showing the segment superstar BMW M3/M4 how a sport sedan and coupe should be done, part of that master class coming via the sound and gravitas conveyed by the 4.0-liter twin-turbo V8. The M177 AMG V8 makes 469 hp and 479 pound-feet of torque in standard trim, 503 hp and 516 lb-ft in S trim. No matter if the W206 C 63 AMG matches those numbers, or, more likely, exceeds them, plenty of AMG fans will be gutted by their champion falling two cylinders behind the next-gen M3 and adopting economy-car displacement specs.

Nevertheless, we're told the coming hot C will be the first use-case for the electrified 2.0-liter M139 four-cylinder in the C 63, and eventually the C 43 and all AMG GLC variants; today's C 43 employs the M276 3.0-liter twin-turbo V6. They'll pull the 48-volt integrated starter motor hooked up to the M256 inline-six cylinder in the CLS 53 AMG that can supply an additional 22 hp and 184 lb-ft. Tuning for the coming C 63 AMG will draw more horsepower from the electric motor, though, and get a larger capacity battery as well as more comprehensive energy recuperation. The nine-speed AMG MCT Speedshift automatic is expected to handle shifting duty.

If that German site is correct about a base model with 476 hp, that would add seven horses compared to the current car. Autocar says the top trim "will match" the current S trim's 503 hp, while upping torque to 553 lb-ft. Even with the same or slightly elevated numbers, dynamic benefits would come from less weight over the front axle and a powertrain with better front-rear balance.

All-wheel drive will be a non-negotiable option, but one using the same rear-bias adjustability found in the current E 63 AMG. As for bodystyles, Autocar says the full-fat wagon will retire, leaving just sedan, coupe and convertible styles for the C 63 AMG, the wagon only available in C 43 AMG trim.

We've about two years to wait, with the series production redesigned C-Class due next year as a 2021 model, the AMG versions following the year after. 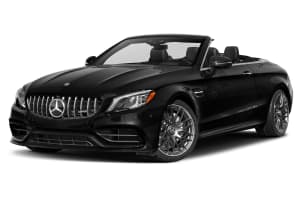 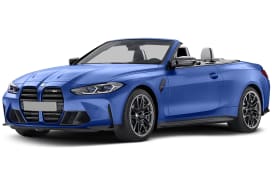