It was caught on a photo shoot in Los Angeles Following a concept reveal at the beginning of the year and confirmation of production a few months ago, we've finally got a glimpse of what may be the production Lexus LC convertible. The droptop was spied during a photo shoot in Los Angeles. It appears to be wearing the "Structural Blue" hue that made its debut at SEMA a couple years ago.

While the concept shown at Detroit looked nearly production-ready, there are small differences between it and this photo car. Close examination shows that this version has a small wind blocker and differently shaped rear seat backs. These pieces match up with the prototype that appeared at the Goodwood Festival of Speed. The main difference between this car and the Goodwood example is that this photo car has more finished trim around the tonneau cover. Another difference from the Detroit concept is the fact the rear tonneau has a section finished in the same color upholstery as the interior.

Though Lexus confirmed the LC convertible for production, it hasn't given any indication as to when it will go on sale. The fact that Lexus is doing photo shoots of the car has us thinking it will be revealed and put on sale in time for the next model year, making November's LA Auto Show a prime choice. It will undoubtedly be fitted with a choice of the 471-horsepower 5.0-liter V8 or the 354-horsepower V6 hybrid powertrain. 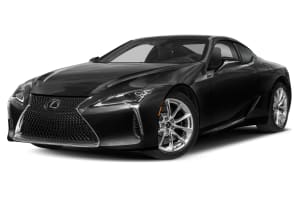 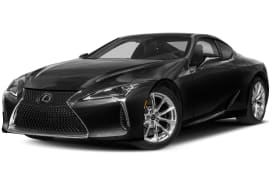