Australia gets a high-performance pony of its own 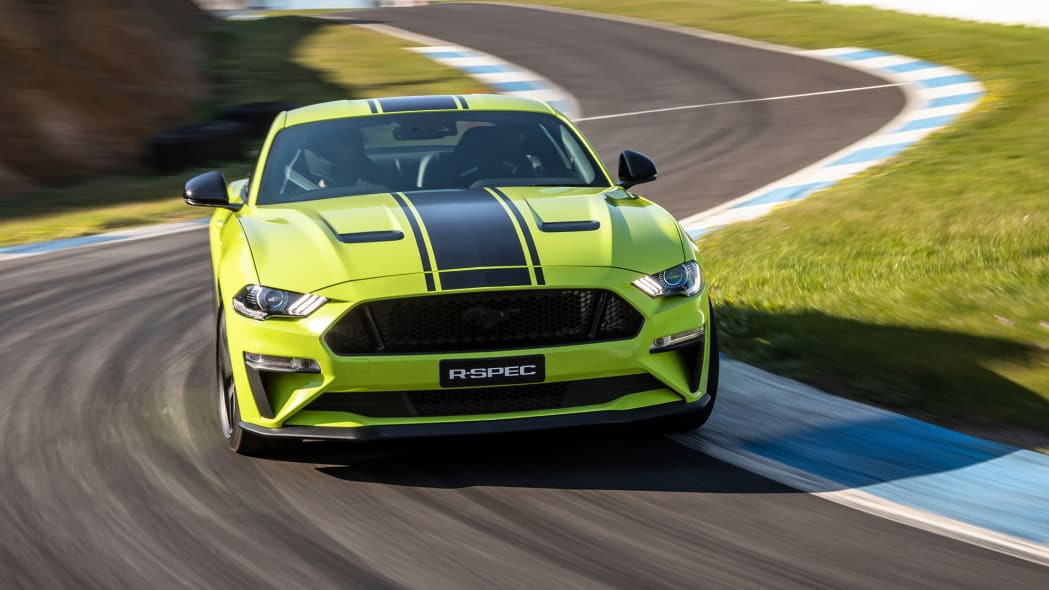 Ford Australia just announced a wicked new Mustang called the R-Spec. It’s a 700-horsepower (estimated), right-hand-drive Ford Mustang coupe you’ll be able to buy for just $67,450 in U.S. dollars at Australian Ford dealerships. Only 500 will be built, and you won’t see them in any other country.

If an approximately 700-horsepower Mustang rings Shelby GT500 alarm bells, then you were thinking the same way as us — the GT500 makes even more at 760 horsepower with a different engine. This Mustang is no Australian-spec GT500 from any angle. Instead, it’s a Mustang GT with a 5.0-liter V8 that’s been littered with Ford Performance parts and received a working over by Australian tuner Herrod Performance.

Much of the power is thanks to a Ford Performance Roush supercharger, upping the final specs to 700 horsepower and 610 pound-feet of torque. Those are the numbers Roush provides for the exact supercharger when equipped to an American-spec Mustang GT. The final production numbers in Australia could differ, especially once Herrod Performance is done with it. An active exhaust is added to make sure your noise level equals the amount of power this Ford is putting to the ground. To handle the extra power, the R-Spec also gets Ford Performance magnetic dampers, lowering springs, adjustable stabilizer bars and Michelin Pilot Sport 4S tires.

Appearance changes are aplenty, with the reveal car being shown in Grabber Lime. Orange, white and blue will also be available on the R-Spec. Black accents are found all throughout the car — there is no shortage of stripes on this one. A subtle R-Spec badge is found on the rear decklid where you might expect to see the GT or Shelby badge.

We won’t be partaking in this official Ford Mustang trim in America, but you’ll be able to do something similar to it by spending some time on the Ford Performance parts website. The upside to the R-Spec is that Australians will be buying those straight from the dealer, taking full advantage of all the benefits that come with such a purchase. If you’re from Australia and want an R-Spec, they’re available to order now.