Volkswagen recently showed off its new VW logo at the Frankfurt Motor Show, and today it’s revealed another new emblem. Feast your eyes on the newest R logo.

It’s described as “modern, distinct and sleek” by the brand. To be frank, if we didn’t already know this was the “R” logo, it might be pretty difficult to discern what it is. Volkswagen pared it down to be as basic and artsy as can be. The old logo was pretty cut and dry, appearing like a traditional capital R on the rear hatch of the Golf R. This one deletes the left vertical line, leaving just a couple flourishes to depict the R. 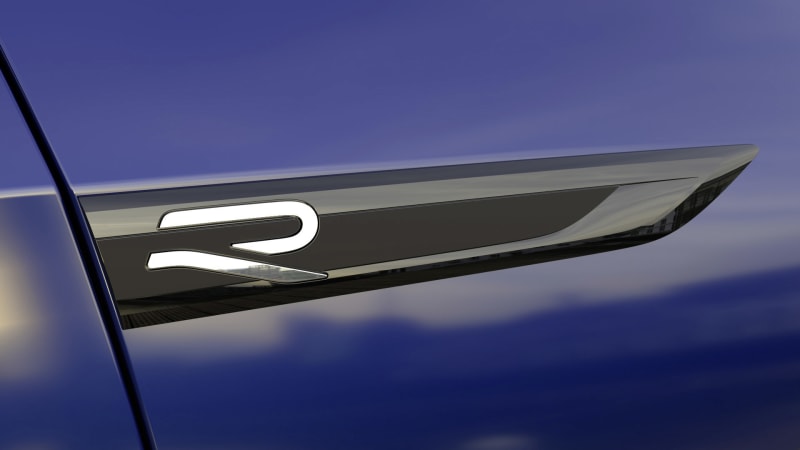 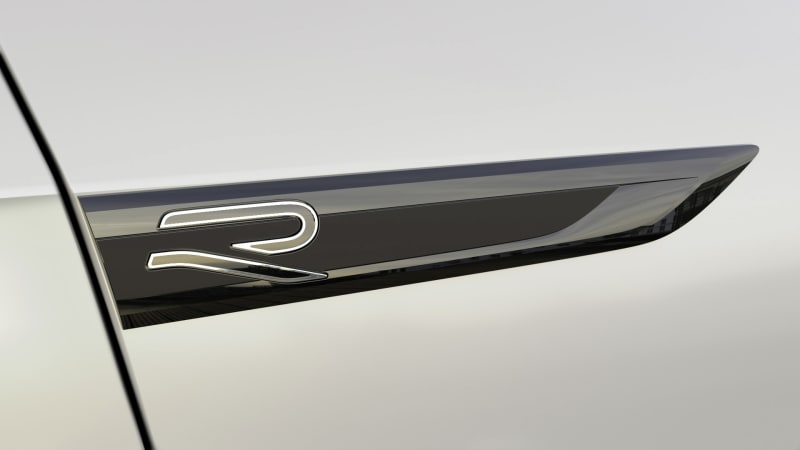 The first vehicle we’ll see with the fancy, new R badge is the VW Atlas Cross Sport R-Line, set to debut Oct. 11 this year. From there, it’ll be applied to new R-Line and R cars in the future. We’re not exactly sure when we’ll see it used with a full-fat R-badged vehicle like the Golf R, as Volkswagen hasn’t said when that car will return. You can still buy a 2019 model year Golf R, but it’ll be going on hiatus in 2020 and for the foreseeable future — VW hasn’t given us a clear picture of the model’s future other than saying that it’ll be back.

However, there’s no shortage of R-Line vehicles for the logo to be plastered on. Think Jetta R-Line, Passat R-Line, Arteon R-Line, and soon we’ll have the aforementioned Atlas Cross Sport R-Line. The performance modifications to those cars are minimal, if any exist at all. A VW R-Line is typically just a sporty appearance package with additional equipment.

We’ve asked VW if it can clarify any differences between the R logo on the R-Line versus an eventual R and will update if we hear back.

Update: A VW spokesperson says that we will see the new R logo on upcoming R-Line products in the market. The next-gen Golf R will have the same logo, too.