VW Golf R to go on hiatus after 2019 model year

It will be back, but it's unclear when

Volkswagen put out a press release yesterday detailing the full lineup for the 2020 model year. There weren’t many surprises, but the Golf R is mysteriously missing from the list of cars on its website. Motor Authority noticed the missing entry and contacted Volkswagen to find out what was up with the Mk7 Golf R. VW confirmed that the hot all-wheel-drive hatchback has reached the end of production in Mk7 form.

Don’t fret if you’re wanting a 2020 GTI, though. That car is sticking around in S and SE trims.

Those looking for a new Golf R will either need to snag a 2019 or wait till the Mk8 Golf R is set loose here. As of now, VW is not setting a timeframe for when we’ll see sales of the Mk8 Golf R. A VW spokesperson told us that “timing on the next-gen Golf R has yet to be decided,” while confirming that we’ll be getting it.

The next mess of Golfs will be set loose in Europe first. We’ll expect the regular Golf and GTI will be ready for the 2021 model year, but the R’s future looks murky for the time being. Even if the Golf R launches in time for 2021 in Europe, there’s no guarantee the car will be ready to go here. The optimist in us hopes VW will make the Golf R’s American hiatus as short as possible, but VW is leaving the door open for longer delays at the moment. It might end up being a 2022 car, but that’s just speculation at this point.

We’ll note that VW is trimming elsewhere in the regular Golf lineup for 2020, as well. You’ll only be able to buy the hatchback in one trim level called the Value Edition, instead of the S and SE offered in 2019. Pricing hasn’t been announced yet, but the base Golf S starts at $22,740. The Value Edition is equipped with things like leatherette heated front seats, a panoramic sunroof and 16-inch alloy wheels. These are features found on the $25,040 SE, so it’ll be interesting to see where the price lands on a model called the “Value Edition.” 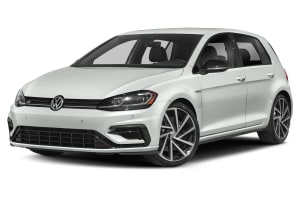