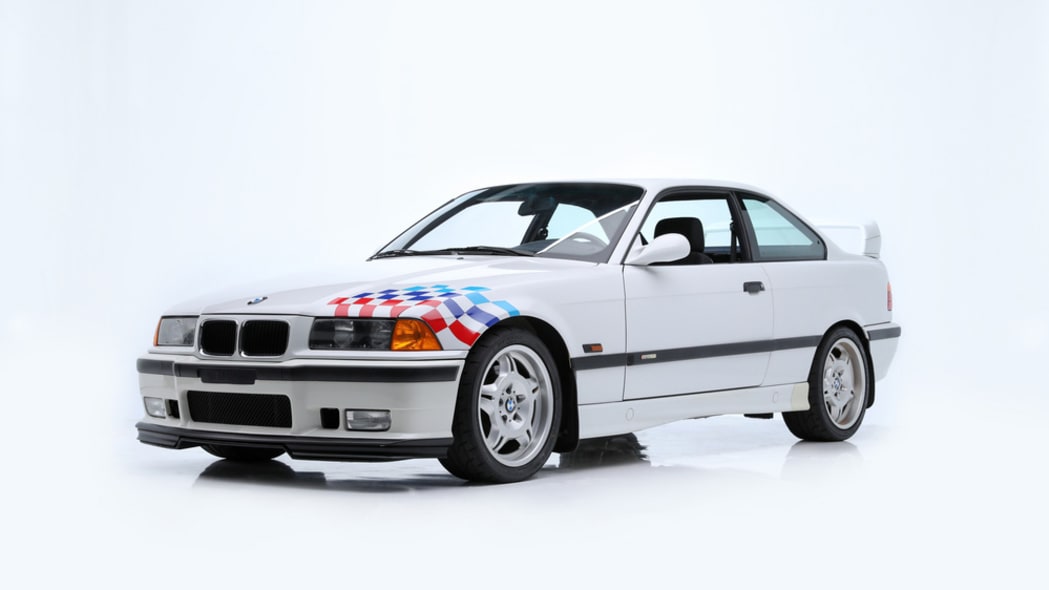 UPDATE: Photos of some of the cars being auctioned have been made available on Barrett-Jackson's website. You can find all of them in the gallery above. Not every M3 Lightweight was given a photoshoot, but we do get to see one of them.

Nearly six years have passed since Paul Walker tragically died in a car accident. A lot has gone down since then, but the news today is about part of the late actor’s car collection. Many of his cars and motorcycles, 21 to be exact, are going up for sale at the 2020 Barrett-Jackson Scottsdale auction. A wide array of vehicles will be up for grabs, everything from a Nissan GT-R R32 race car to a 1995 Ford Bronco are part of the collection.

The highlight of this offering is the large collection of BMW M3s. Walker owned five 1995 BMW M3 Lightweights. These M3s were exceedingly rare, as only 125 were ever produced. They had a more aggressive rear wing, front spoiler and an Alpine White paint scheme with a checkered flag livery. They’re truly some of the most “Fast and Furious” M3s you could buy. Barrett-Jackson says it will be the most E36 Lightweights sold in a single auction. No surprise there — amassing five of those must have been difficult. Two more M3s, both E30s are also part of the offering.

Another car worth noting is the 2013 Ford Mustang Boss 302S race car. It’s reportedly never been raced, so that pony should have a long life ahead of it for anybody who wants it. A bunch of Walker’s more normal cars are here. Vehicles like a 2004 GMC Sierra 1500, 2006 Toyota Tundra and 2005 Harley-Davidson are included in this mass auction. We’ve listed the full spread of cars below:

If you’re a big enough fan of Paul Walker to want one of his cars, or just fancy an E36 Lightweight, know the auction runs Jan. 11-19 in Scottsdale. The 2009 Nissan 370Z was a movie car that appeared in “Fast Five,” so that one has some “Fast and the Furious” heritage behind it if you wanted such a thing.