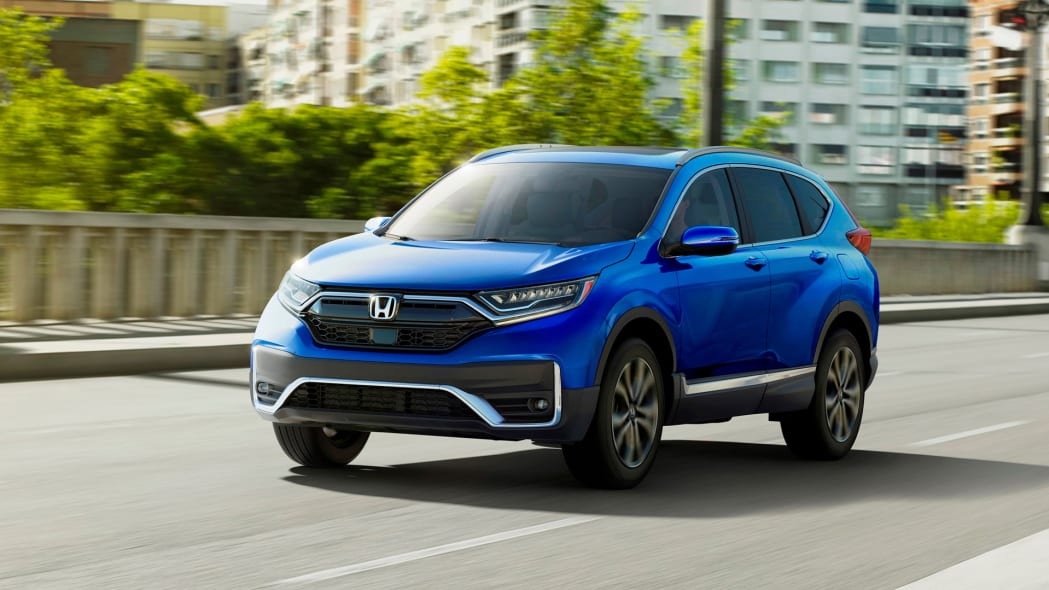 The Honda CR-V Hybrid debuted in Europe earlier this year. It's our turn now, with Honda bringing its two-motor hybrid powertrain to the 2020 CR-V crossover built in the United States. The electrified CR-V will be the third Honda hybrid in the U.S. after the Accord Hybrid and the Insight, but the first hybrid light truck on sale here for the Japanese automaker.

Every 2020 Honda CR-V gets the lightest of styling changes compared to 2019. Outside, that means a more pronounced chrome grille, new fog light openings in the front bumper, dark-tinted taillights, a darker-tinted backlight with dark chrome decoration below the backlight, and new tailpipe finishers on the top-level non-hybrid Touring trim.

All trims bar the entry-level LX get new LED fog lights in front, with the middle-grade EX and EX-L trims also taking advantage of new dark gray, 18-inch wheel designs, while Touring offers new 19-inch designs. New exterior colors are Sonic Gray Pearl and Radiant Red Metallic for every 2020 CR-V, and Aegean Blue Metallic for all trims in non-hybrid guise. Inside every variant, the center console's been reworked for easier use, while Touring will come standard with Qi wireless charging.

Every 2020 CR-V will now be powered by the 1.5-liter four-cylinder turbo with 190 horsepower and 179 pound-feet. The 2.4-liter engine previously standard on the entry-level LX has been retired. 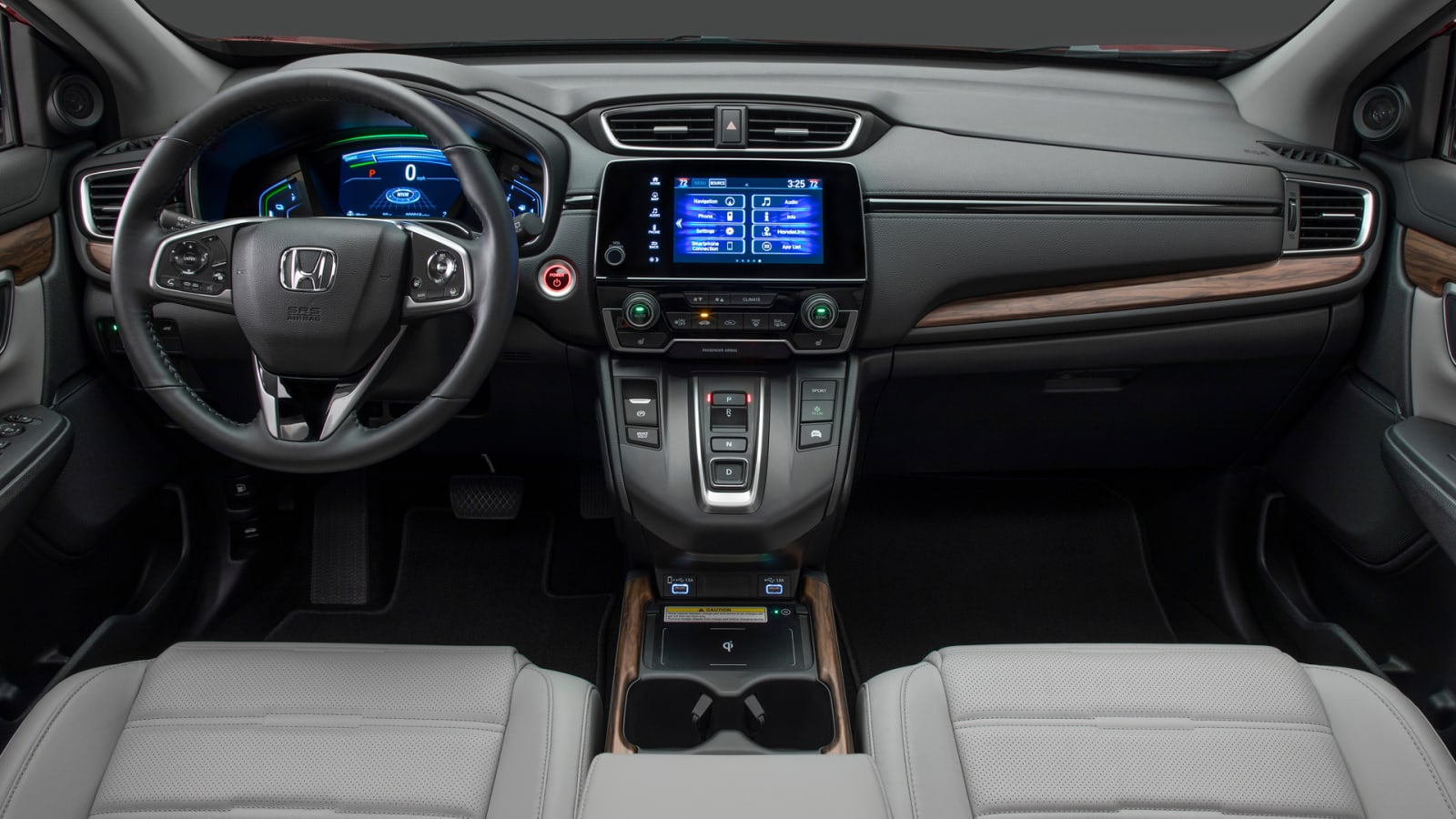 The 2020 CR-V Hybrid sets itself apart with a blue Honda logo in the grille, bar-type fog lights with five LEDs each, and Hybrid badging. The CR-V Hybrid Touring trim adopts a unique rear bumper, and all hybrid models hide their tailpipes. The cabin deviates from the non-hybrid trims with displays for battery charging and regeneration, and a unique instrument panel housing a push-button gear selector and switches for EV, Econ, and Sport modes. Paddles behind the steering wheel are used to engage varying degrees of brake regeneration. During EV motoring at low speeds, an acoustic signature outside the crossover warns pedestrians. In Sport mode, an acoustic signature is piped into the cabin for ... more sport.

The hybrid powertrain comprises a 2.0-liter, Atkinson-cycle four-cylinder aided by two electric motors powered by a battery pack and ancillaries stored under the cargo area load floor. There's no standard automatic transmission to be found, with a single, fixed-gear doing the conversions instead. Total system output is 212 horsepower, some of that output able to be sent to the rear wheels via an electric clutch for all-wheel drive. Honda hasn't divulged torque figures yet, but the European hybrid model was rated at 181 hp and 232 pound-feet. The carmaker says it expects the CR-V Hybrid to return a 50% increase in EPA-rated fuel economy in the city compared to the standard CR-V. That would mean 42 mpg for a two-wheel-drive model and 40.5-mpg for all-wheel drive.

The non-hybrid CR-V will show up at dealerships later this year, with the electrified version to come in early 2020. Pricing for all models will be released closer to the on-sale date.