Could resume the CC100 story, and join Ferrari and McLaren hyper speedsters 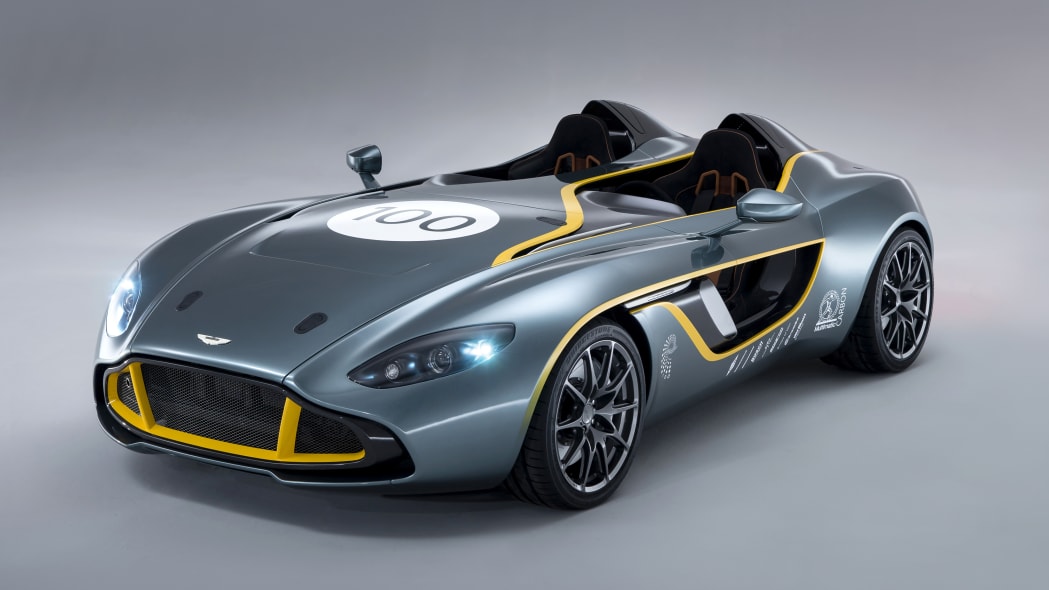 The Supercar Blog has heard from its supercar-privy sources that Aston Martin might be working on a new speedster. The putative roofless model could be inspired by the most important and most valuable racer in Aston Martin's history, the DBR1 that took overall honors at the 24 Hours of Le Mans in 1959. Thought to be limited to just 88 units, TSB said the carmaker might have held a VIP preview event during Monterey Car Week last month. If the English luxury maker is developing such a model, we can probably declare the speedster era officially open for business after the limited-edition Ferrari SP1 and SP2 Monzas, Porsche 911 Speedster, and the Ultimate Series speedster that McLaren recently admitted is on the way. As with the Aston Martin, all of the other high-bucks open-sky models take inspiration from racers of yesteryear.

Furthermore, if Aston Martin really has such plans, the carmaker would be re-opening a six-year-old chapter in company history. In 2013, Aston Martin unveiled the CC100 Speedster (pictured) at the 2013 Nürburgring 24-Hour race, created in just six months to celebrate the 100-year anniversary of Lionel Martin and Robert Bamford deciding to build vehicles together. The CC100 was built on the VH platform utilized by the brand's production cars, and used a 6.0-liter V12 with 565 horsepower to do 0-60 mph in four seconds and reach a top speed of 180 mph. The carmaker built two of them, sold to collectors very close to the brand. Today's DBS Superleggera platform and its 5.2-liter, 715-hp V12 could make a suitable base, and who knows, Aston Martin — unlike Ferrari or McLaren — could go all the way and swap the DBS' eight-speed automatic for a manual transmission.

Another site said the speedster impetus comes from "the high interest demonstrated by multiple collectors." No one has any insight on the symbolism of 88 units, though. Aston Martin did release a series of Dragon 88 models in 2012 for the Asian market, named for the auspicious omens associated with the number 8 in Chinese culture, and the Interush International team entered a #88 Vantage GT3 race car in the 2015 GT Asia Series, but that seems a gossamer thin connection. The Aston Martin One-77, after all, had a lot of sevens in its spec sheet, but was half named for its production volume. If there is a vintage-themed speedster on the way, we'll know more when Aston Martin decides to admit it.