Bentley, Rolls-Royce, Jaguar and Land Rover all unveiled new special editions at the Beijing Motor Show, and Aston Martin wouldn't miss the opportunity to join in their company. Hence the Dragon 88 Limited Edition.

A special trim level available on the DBS Volante, Virage Coupe and V8 Vantage S, the Dragon 88 range is outfitted at the hands of the Q by Aston Martin division that tricked out the matte-violet Virage we saw in Geneva. The Dragon 88 celebrates the Year of the Dragon with such special touches as 24-carat gold badges, embroidered headrests, special interior trim, commemorative sill plates and a choice of three unique exterior colors.

As the name implies, only 88 examples will be offered, exclusively in China, at an as-yet undisclosed price. Since your chances of ever seeing one up close, then, remains rather slim, the high-res image gallery above (joined by the press release after the jump) is probably your best shot.
Show full PR text
ASTON MARTIN BRINGS POWER, BEAUTY AND SOUL TO BEIJING

The historic British brand, desired worldwide for its engineering and design excellence, is using this important Chinese exhibition to build on its long-term commitment to the Asian market, with a particular focus on China. Aston Martin will open 11 new dealerships in China this year.

Show goers will be able to see a DBS Volante, Virage Coupe and V8 Vantage S Coupe from the Year of the Dragon series. The Dragon 88s on the impressive show stand will be complemented by Aston Martin's exceptional One-77 supercar, together with a four-door Rapide customised by Aston Martin's new 'Q by Aston Martin' bespoke service, and a DBS cutaway model.

Dr Bez added: "I am very happy to be able to present these iconic cars on the world stage here in Beijing, and I and my staff in China look forward discussing them with visitors to the exhibition.

"This is the first time we have participated in a major automotive show in China since our wholly-owned subsidiary, Aston Martin Lagonda (China) Automobile Distribution Co., Ltd., became our general distributor in China in summer 2011.

"We became general distributor after resolving a lawsuit about distribution rights on friendly terms and we are both proud and pleased that we were able to achieve this. It is another important step on our journey to developing a successful sales operation here in China. Like many newcomers to China we have learned a lot since we first came here in 2007.

"We expect China to become one of our most important markets and look forward to sharing the Aston Martin experience with Chinese customers. Our dealership network is growing very quickly. It now includes Shanghai, Beijing, Chengdu, Hangzhou, Guangzhou, Chongqing, Shenzhen, Shenyang and Ordos City, and will soon include Kunming and Tianjin."

Global Sales Director Andy Gawthorpe said: "We are investing significantly in the Chinese market throughout 2012 and beyond. Today Aston Martin operates nine dealerships in the region, with 11 additional showrooms planned to open in China this year alone."

He added: "With the new limited edition Dragon 88s, our 'Q by Aston Martin' bespoke service and the massive expansion of our sales network, China is on course to become Aston Martin's third biggest market."

The Dragon 88 concept is reserved for Aston Martin's most powerful, elegant and prestigious models: the DBS, Virage and V8 Vantage S.

Each of the 88 cars will feature bespoke details that celebrate the mystical qualities of the dragon symbol, synonymous with power, strength and good luck in Chinese folklore. Among the detail changes, 24-carat gold is applied to the signature Aston Martin wing badges on each car. The cars are also finished in one of three special colours selected to chime with traditional Chinese art and imagery.

Also starring at the Beijing show the One-77 is the ultimate expression of Aston Martin's engineering excellence, representing the world's most desirable automotive art form. The hugely potent 7.3-litre, naturally aspirated V12 engine and the low mass, high-rigidity properties of a carbon fibre chassis give a unique group of 77 owners around the world a driving experience of unrivalled intensity and excitement.

The service covers interior and exterior styling, offering almost endless opportunity for expression. Thanks to Aston Martin's unique VH (Vertical Horizontal) architecture, the philosophy that forms the backbone of its sports cars, the company has evolved a fast, flexible and modular approach to engineering. With 'Q by Aston Martin', the ability to commission the design and manufacture of a truly unique car is now within reach.

The Ming dynasty is the inspiration for the 'Q by Aston Martin' Rapide on show in Beijing. Ming Blue Paint, 'glacial' wings and side strakes, Walnut wooden boot and door inserts, Falcon Grey and Metallic Bronze leather, and Ming-inspired seat embroidery are all unique for this car. Meanwhile the DBS cutaway model at the show stand has been created to give visitors a unique insight into Aston Martin's unique VH (Vertical Horizontal) architecture.

Aston Martin CEO Dr Ulrich Bez said of the British sport car maker's dramatic show presence in Beijing: "I'm very happy to be presenting such a compelling collection of luxury sports cars to a Chinese audience. My team has striven to create cars that are as beautiful as they are rare and exotic, and we all look forward to welcoming show visitors in Beijing."

Aston Martin is a world-famous British manufacturer of luxury sports cars, founded in 1913 by Lionel Martin and Robert Bamford, based in Gaydon, Warwickshire, England. Transforming itself from a small-scale manufacturer of specialist sports cars to one of the world's best-known luxury brands, Aston Martin's range includes the One-77 supercar, the V12 Zagato and V12 Vantage, the V8 Vantage S and recently updated V8 Vantage, the Virage, DB9, DBS and Rapide. Every Aston Martin expresses the brand's core values of Power, Beauty and Soul.

Aston Martins are hand crafted by highly-skilled engineers, guaranteeing the utmost attention to detail and precision across the range, from initial concept to final production.

See 'Aston Martin: the story so far' for more details about the company, its products, heritage, branding and motorsport success. 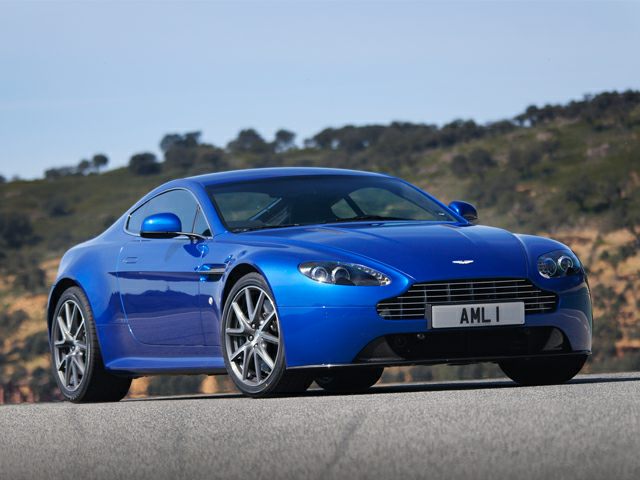