Hennessey tunes the Ford Mustang Shelby GT500 up to 1,200 horsepower

The 2020 Ford Mustang Shelby GT500 hasn't landed in showrooms yet, but as listed by Texas-based tuner Hennessey and initially discovered by Motor1, the company already has packages ready to crank up the power on the super Mustang. In fact, the company will be able to add about a Mustang GT's worth of horsepower into the pony car's unsuspecting driveline.

While the GT500 proudly stands as the most powerful factory-built, street-legal Mustang ever released by Ford, Hennessey's Venom 1200 blows it out of the water with a twin-turbocharged V8 that delivers 1,200 horsepower at 7,000 rpm. To add context, the stock GT delivers 760 horsepower.

Hennessey pegs the eight's maximum torque output at 1,000 pound-feet when the tachometer indicates 4,800 rpm. Achieving those figures was easier said than done. The tuner explained its engineering department upgraded a long list of parts including the intercooler, the fuel delivery system, the induction system, and, crucially, the pistons and the connecting rods. On top of that, the Venom 1200 requires E85 or 109-octane race gasoline

The V8 spins the rear wheels via a seven-speed, dual-clutch automatic transmission that has also been strengthened. Hennessey hasn't released performance specifications yet, but the 440-horse bump should make the Venom 1200 a force to reckon with on the drag strip. 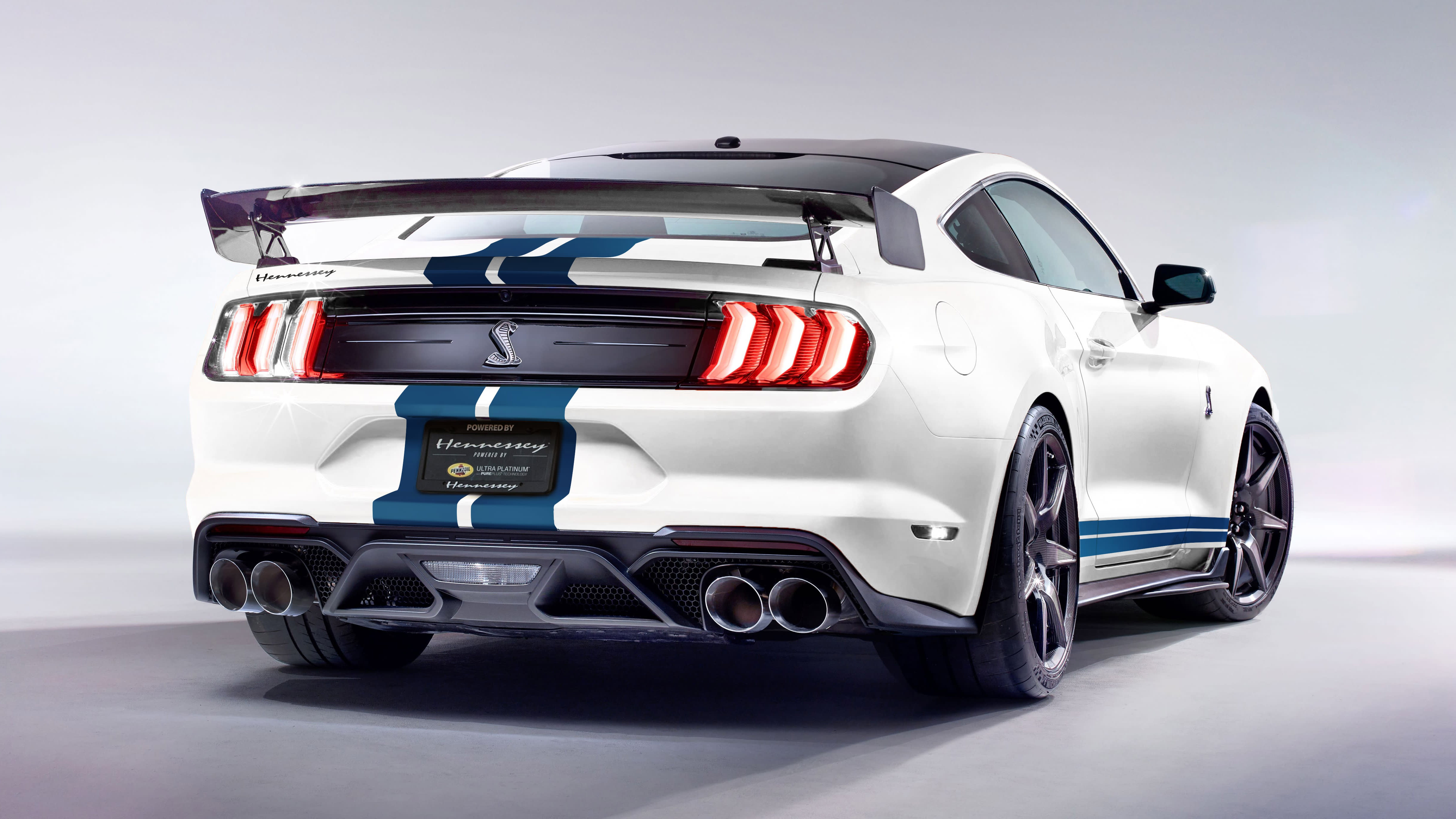 If 1,200 horsepower is too much to handle, Hennessey also offers 850- and 1,000-horse variants of the GT500. The Venom 850 relies on a ported version of the stock supercharger with a different pulley plus a different intake and new headers for its power. It also delivers 725 pound-feet of torque. The Venom 1000 gets a completely new supercharger, upgraded fuel system and intercooler on top of the 850's upgrades. Besides the 1,000 horsepower, the Venom 1000 makes 825 pound-feet of torque. Both the Venom 850 and Venom 1000 run on 93-octane pump gas.

The visual changes are largely limited to specific emblems, embroidered headrests, and a numbered plaque signed by John Hennessey on the dashboard. The winged and vented GT500 isn't low-key by any means of measurement, but the Venom 1200 qualifies for sleeper status in our book. It even keeps the stock carbon fiber wheels.