Seen in its production body for the first time 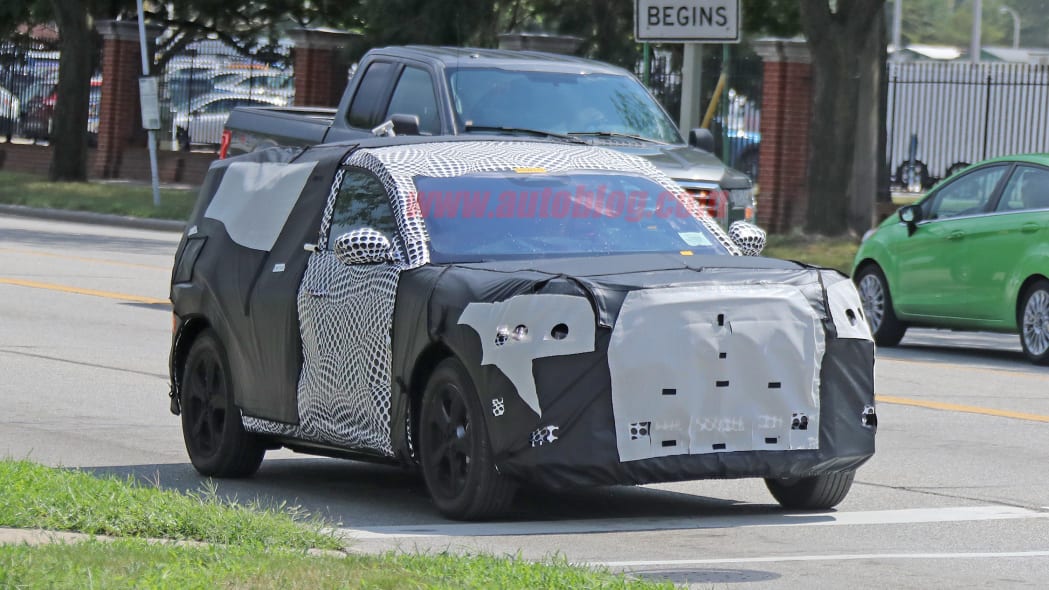 One year ago, almost to the day, our spy photographers caught what might have been a mule for the Mustang-inspired Ford Mach E crossover. Today we think that this might be the first public sighting of the Mach E wearing its production body. We can’t be 100% sure, but it ticks a lot of Mach E boxes.

Despite Ford’s best attempts at squaring off the rear, we can tell this vehicle has a fastback silhouette through the wrappings. Funnily enough, the rear end design is actually what Ford teased already. That photo (below) previewed a crossover coupe design with Mustang taillights. There's also the question of whether this is electric like the Mach E? This tester doesn’t have giant “electric vehicle” stickers on it, but there sure aren’t any visible exhaust pipes on this car. Nor are there any cutouts in the lower rear bumper to accommodate exhaust pipes. It also looks like Ford has some black coverings going around the whole underbody of the vehicle, extending along the sides and rear end. 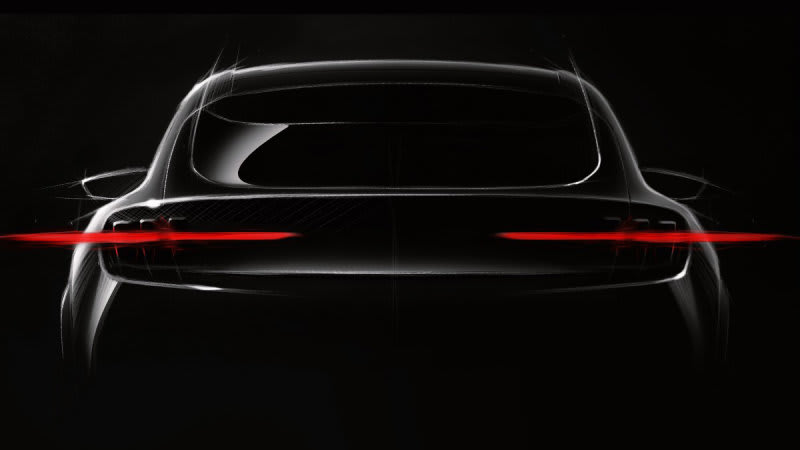 There is a gigantic frontal area and extremely tall hood. One of two things could be going on here. Ford could be massively blowing up the Mustang’s front end into huge crossover proportions, or it could be a trick of the camouflage. We’re sure it’s the latter. A lot of the cladding up there is bulging upwards and outwards in ways that make no sense in car design, and that don't match up with the rest of the body. Ford designers will probably try to simulate the high, bulging hood view out of the regular Mustang in the crossover, but this reeks of overkill to us. The headlight positioning is another element that suggests everything will be moving further down for production. Ford positions the headlights just below hood height on the Mustang, so moving them down into the front fascia like they appear here doesn’t make much sense in a Mustang-inspired vehicle. And on an EV it wouldn’t be ideal to have such a bulky wind sail of a front end for production.

Tire and wheel sizes are not visible in the few photos we get, but the tires sure don’t look like the wide, meaty rubber you get on a Mustang GT. The model we’re looking at now could very well be a lower-power version of the car, though. All Mach Es should be quick, though, as Bill Ford has previously said this car will “go like hell."

Now that the first one is out, we’re bound to chance across other sightings of the Mach E. Look out for more prototypes as Ford ramps up to a probable launch in 2020.