This VW Westfalia camper has a diesel, a manual and some sweet '90s graphics

And how about that Caribbean Green paint? Oh, and it was imported from Slovenia 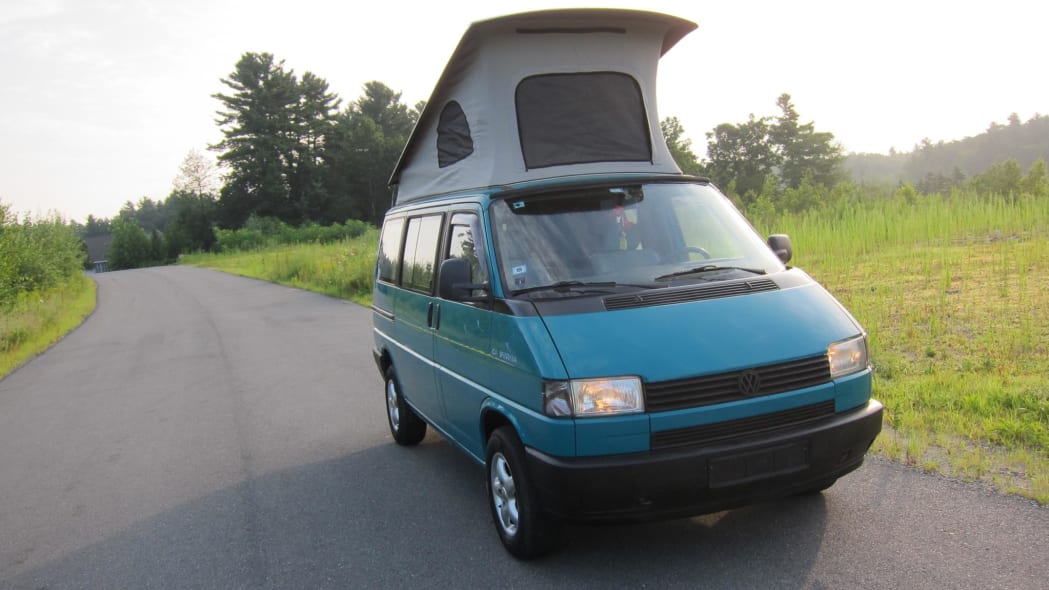 This is shaping up to be the era of #vanlife, so it's no surprise that people seem to dig interesting campers. And what we have here from the good folks at Bring a Trailer is pretty dang interesting. For starters, this 1992 Volkswagen California T4 Westfalia is what we knew as a VW Eurovan, but it's literally a Euro van, as it was imported from Slovenia. I don't know about you, but I'd love the opportunity to constantly drop the fact my car is probably from Ljubljana. Next, check out that sweet sweet 1990s color, which the seller lists as officially Karibikgrün or Caribbean Green. This is not to be confused with Caribbean Queen. Oh, but then it gets better. Check out those even more '90s graphics, and specifically the font used for California. 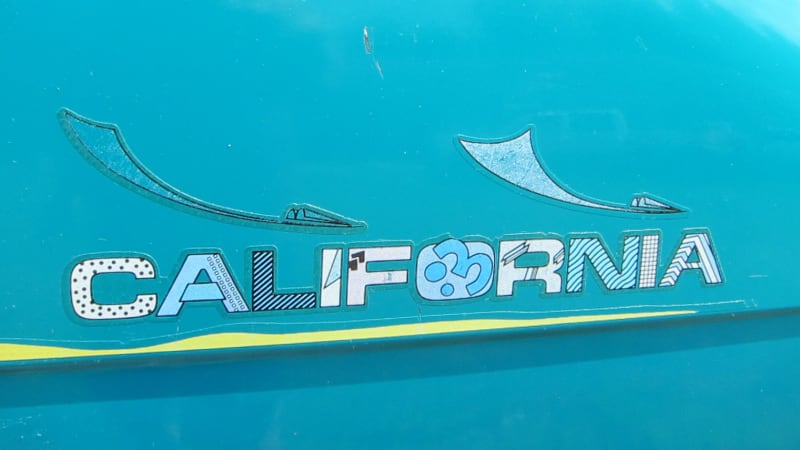 This thing is just so happy. You'd be the envy of #vanlifers everywhere.

Now, to get everywhere, this Slovenian California beauty comes packing a 1.9-liter diesel inline-four. I don't have the specs in front of me, but let's just assume it'll be slower than this bad boy. To help in that endeavor, it features a five-speed manual transmission with a shifter that looks awfully low. The odometer currently sits at 178,000 km, which works out to about 110,000 miles. Apparently, it's had a recent timing belt service, a pad/rotor replacement and a rebuilt suspension. It's also had a panel around the sliding door removed and replaced to fix some corrosion.

This California would be the shorter-wheelbase model, which apparently wasn't available as a camper here in the United States, according to the BaT description. Camping amenities "include built-in cabinets, curtains, lights, bunk beds, and rotating front seats, as well as a kitchenette with a sink, stove and refrigerator." The grey tent and its surrounding seal have also been replaced by the seller, while the van also includes a bike rack. Oh, and how about the swiveling driver's seat! 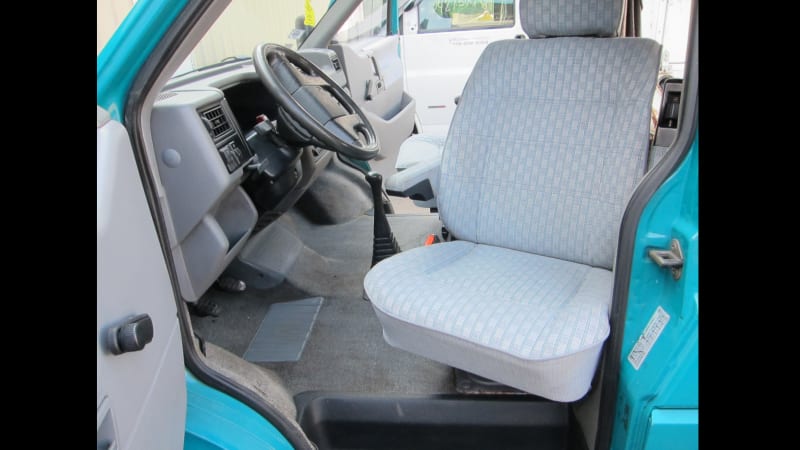 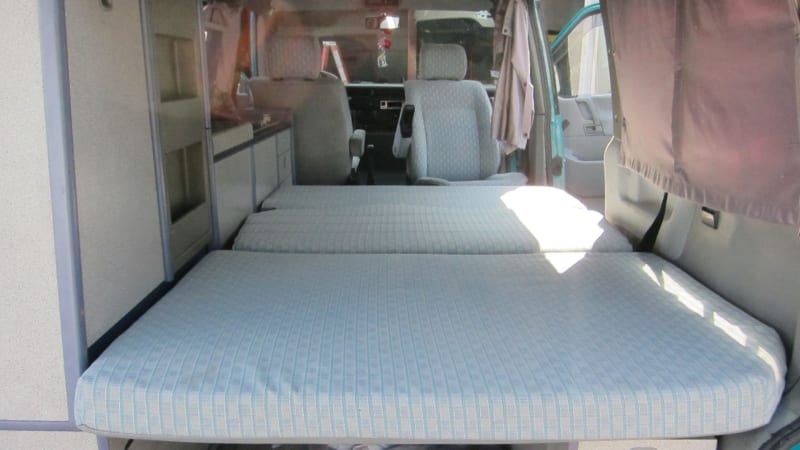 The auction ends Aug. 8, and the van itself is in New Hampshire.