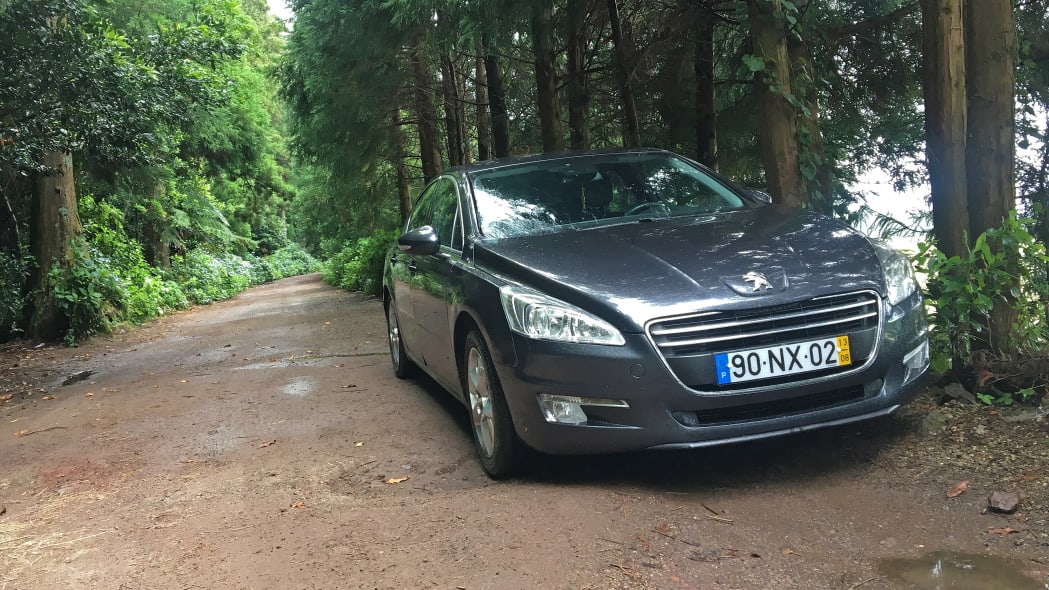 FURNAS, the Azores – Renting a car in a European country is much better than renting one in the United States. Sure, it'll still be a base trim level and a bit bashed, but there's a very good chance it'll be something you've never driven before. I've previously rented a wonderful Seat Leon in Switzerland and a Renault Captur in Scotland that was full of character. I was eager to see what I'd get in the Azores. Would it be a Skoda, a Citroen, or even the all-new Ford Fiesta or Focus we won't get in the States? Nope! Meet the Peugeot 508.

As you might imagine, its condition could not be described as mint. Below, in fact, is a picture of the rental agreement that describes the current damage at the time of pickup. 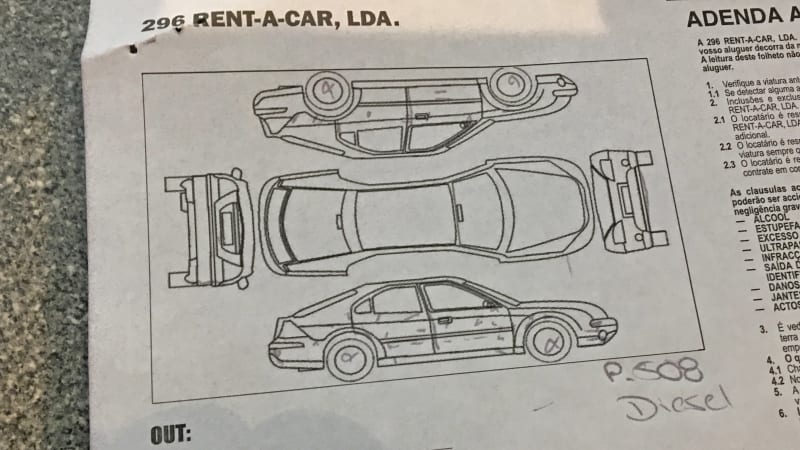 Oh, so only the entire right side of the car? There were scratches and dings and even a tiny spider spinning a tiny web in the right front door handle. He wasn't indicated on the rental agreement. My wife named him Drake.

Also, it would seem someone decided that the T in Peugeot should not only be silent, but missing entirely. 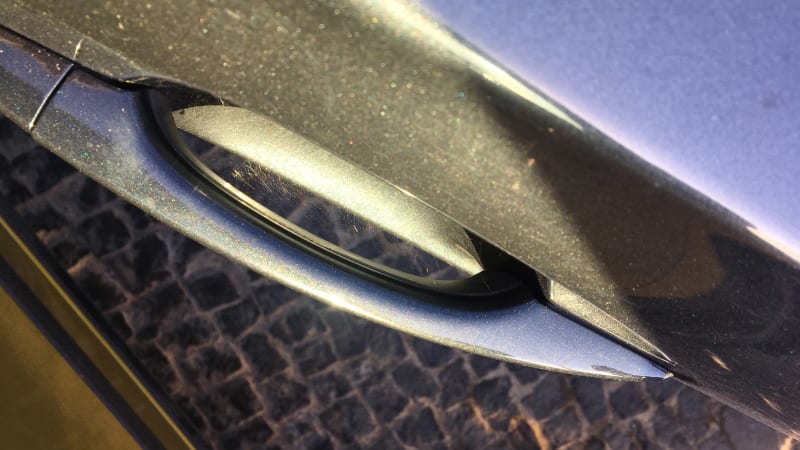 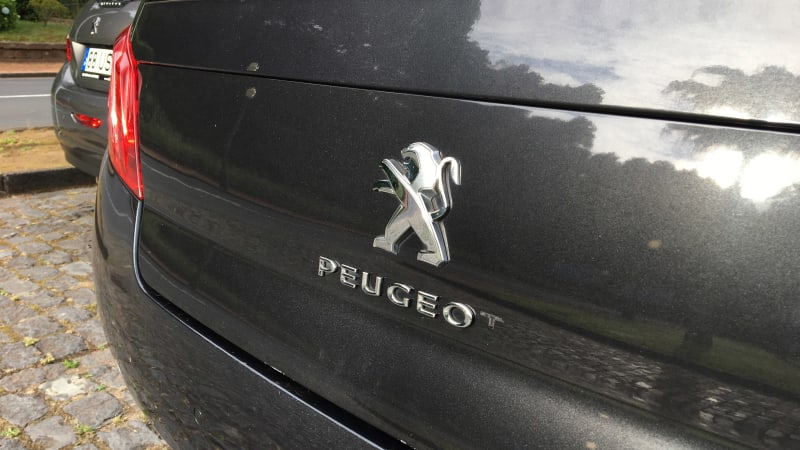 Inside, the leather-wrapped steering wheel showed significant wear. You know, as if it had been cleaned every five days for six years. The chrome trim on the shift knob was flaking away to reveal the cueball-like white surface below, which frankly looks a lot better. Perhaps Peugeot should consider that for the future. Like for 2016.

The black cloth seats were a bit stained, the right pop-out cupholder wouldn't pop out, and the air-conditioning blew with the cooling refreshment of a smoking Frenchman. At least it came with a snazzy yellow tree air freshener, though I can't say the car seemed especially stinky. Mission accomplished, then? 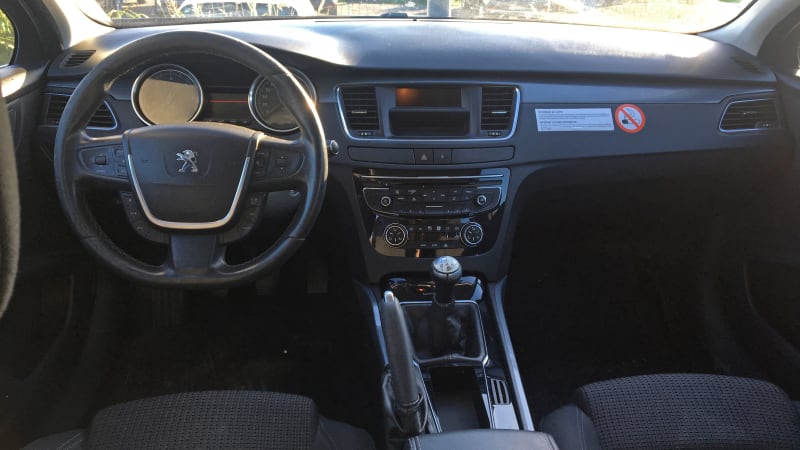 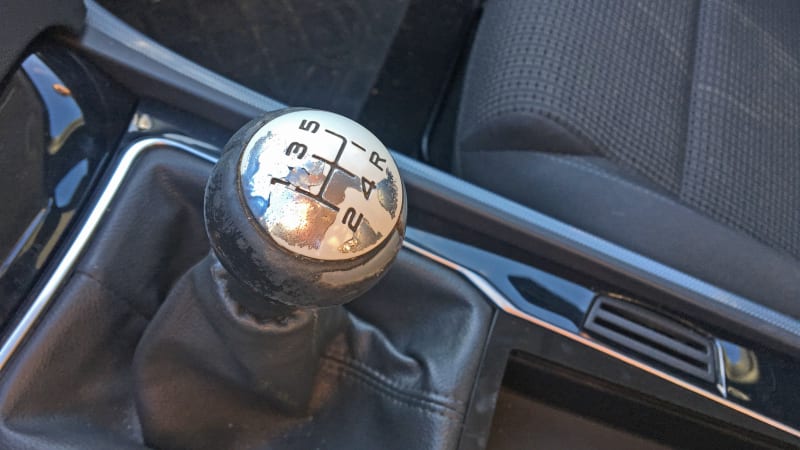 As for the mechanical condition of the car, it was shockingly better than I feared. Three of the four tires had plenty of tread, the clutch and shifter hadn't been shredded by years of incompetent drivers, and there weren't even any noteworthy rattles. The suspension did seem a bit knackered, but ultimately delivered a pretty supple ride over the poor pavement of São Miguel (the Azores' largest island). Without a doubt, we were enjoying a quieter, more comfortable journey than what would've been had in the subcompact (or smaller) hatchbacks that are by far the most common rental car on the island. In fact, I'm pretty sure the 508 was the only sedan I saw with a rental car sticker. It was without question the biggest one that wasn't a van. Locals actually looked at it as we drove by as if was something exotic. It basically was. I saw precisely one 508 while in the Azores and we were in it.

And frankly, the local car-buying populace knows what they're doing by giving it a miss. Even if this was six years ago, Peugeot's midsize sedan wouldn't exactly be winning any comparison tests. The trunk lid design always would've allowed water to drip down onto your luggage. The cupholders will definitely spill everything on the center console below. The media player interface does not recognize playlists as a thing and when re-starting the car, would forget what it was playing last, and instead play the first (and only) song by the alphabetically first artist on my iPhone …

So that got old. Trying to override it from the iPhone itself was possible, but only by pressing the shuffle button in a playlist. Maybe. Sometimes that would work. Otherwise, it was always right back to a-ha. Sometimes the system would freeze my iPhone.

Now, for reference, the 2013 Peugeot 508 is a midsize sedan about 2 inches shorter in length than the contemporary Honda Accord. It weighs a bit less, which is a good thing, because our metallic black Baguette is packing the base diesel engine: a 1.6-liter inline-four good for 115 horsepower and 180 pound-feet of torque. According to manufacturer specs, it slogs from zero to 100 km/h (62 mph) in 11.6 seconds … when it was new. Now? Who knows, but it sure as hell didn't get quicker. The indicated redline of 4,500 rpm sure came up quickly and with all the audible joy expected from a 115-hp French turbodiesel.

The handling? Bit of a bummer. São Miguel is a driver's paradise with nary a straight bit of pavement. Two-lane roads meander up and around the island's mountainous calderas, through canopies of exotic trees, and past majestic hedges of hydrangea. Those European subcompact hatchbacks probably would've been a riot. There was a tasty rental VW Up! in robin's egg blue I was particularly jealous of. And yet, I was stuck with copious body roll, indifferent steering and a chassis as taut as soufflé.

I started to think what midsize sedan from 2013 would've been worse than the 508 to drive. Luckily, for the Baguette, I don't think it would've come in last. The Dodge Avenger still existed back then, as did its Chrysler 200 sibling. That era's Chevy Malibu was pretty crummy, too. Come to think of it, all of those definitely would've been rental cars in 2013.

Of course, none would still be rental cars today here in the United States. In the Azores, however, it's apparently possible to get a six-year-old midsize sedan with 171,363 km on it. Serves me right for renting from a two-bit local rental outfit: Hertz. I'm actually not kidding. It would seem Hertz franchises its name out to an Azorean company, which handles everything on the ground to varying degrees of success. By contrast, the cars given out by literal local brands like Ilha Verde and Wayzor were overwhelmingly from 2018 and 2019, which is indicated on European license plates. So basically, now you know who to rent from when visiting the Azores. 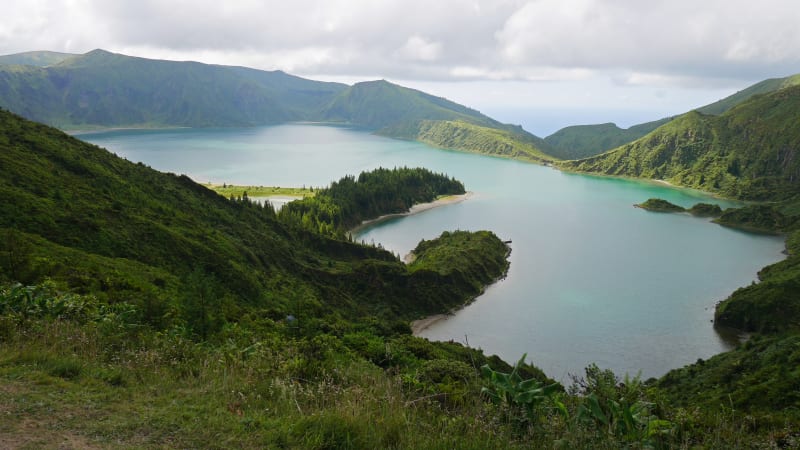 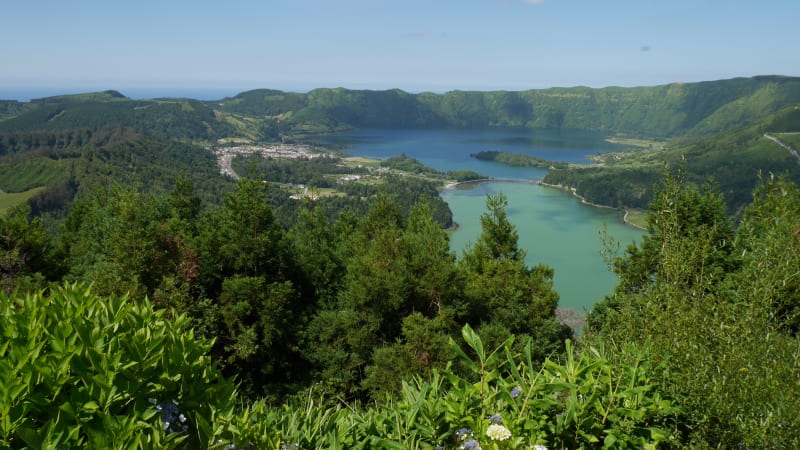 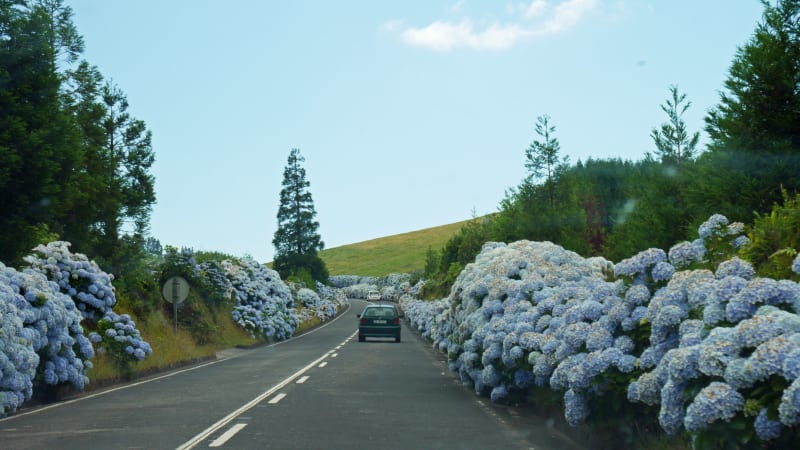 And really, you should absolutely visit the Azores. Located about 800 miles west of Portugal, this volcanic series of islands is best described as Hawaii of the Atlantic. They were uninhabited until the 15th century and were largely a center of whaling and agriculture for Portugal. The latter continues to this day, while the definition of "whaling" is now "tourists with cameras on boats". Though São Miguel is the largest island, it's only slightly larger than Hawaii's Molokai and basically half the size of Kauai. You can easily experience multiple sites in a day while staying in a single location. Besides the amazing driving experience, it's a hiking paradise with natural thermal pools and spectacular scenery everywhere you look. Oh, and as there aren't many hotels, it wasn't that crowded despite apparently being the busy season. And all the staff speaks English. And it's relatively cheap. Delta even flies there from JFK.

OK, tourism brochure over. If anything, our 508 actually made the trip that much more memorable. I actually had a feeling it might as I pondered turning around and asking for something less, ah, awful. Obviously I didn't, and as we started down the dirt road to Lagoa do Congro, scarred by deep ruts and cratered with murky potholes of questionable depth, I knew I had made the right decision. I probably would've stopped and walked if we'd been given that robin's egg VW Up! or one of those minty fresh Fiestas. With the 508, though, we were on our own little Top Gear adventure. Merci beaucoup ma grande Baguette.