No, it isn't coming here. But hey, something to rent next time you're in France. Be glad Peugeot hasn't been sold in the United States for decades. As a result, our roads are far less ugly, as the French brand's collection of ghastly hatchbacks, sedans and SUVs have been kept on their side of the Atlantic. CAR Magazine's Gavin Green once aptly described the prior design language as "Creatures of the Deep." We've provided a comparative illustration below.

Well, things are changing at Peugeot. While the most recent selection has been better-looking than their angler fish-inspired predecessors, none made us take notice like the new Peugeot 508 introduced today. True, maybe it really is just the juxtaposition with what came before it, but the new 508 is at least tidy, well-proportioned and generally classy. The word "ghastly" no longer comes to mind. It's certainly more in keeping with the sharp Pininfarina-designed 406 of the 1990s. 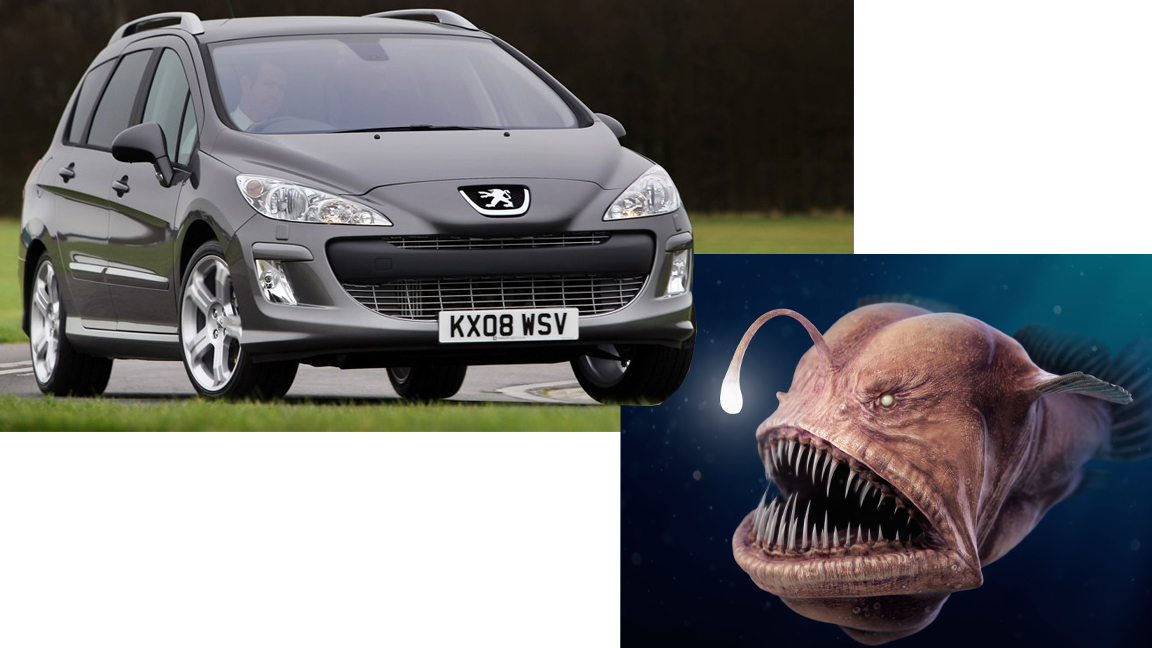 Then there's the interior, which is gorgeous, no qualifiers needed. The design is modern, luxurious and pleasantly driver focused. The materials also look quite rich, which would be another departure for recent Peugeots.

It'll be interesting to see if this bold new design direction will usher in a new reputation for the brand, which at least in Great Britain, is known for being the go-to brand for those who don't give a flying fig about driving or cars. Top Gear did a particularly amusing send-up about Peugeots and their stereotypical owners.

Now, there is a selection of other information available about the new 508, but as there's precisely a 0.000-percent chance of it being sold in the United States, we'll just stick to casting judgments on its appearance. As such, it got hot. Good for it.