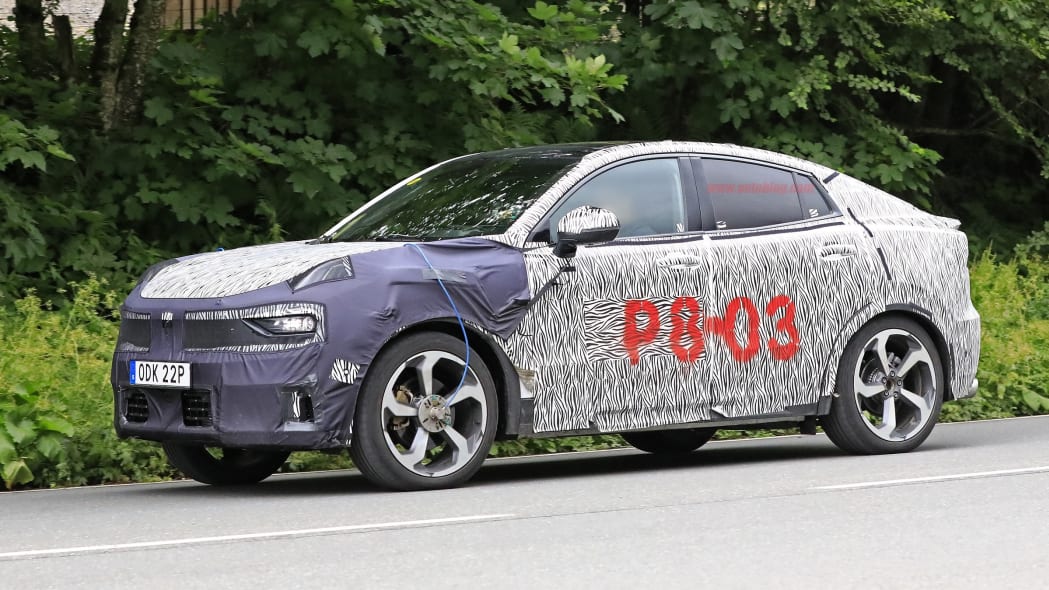 The car you see above is the Lynk & Co 05, a rakish crossover that's scheduled to go into production later this year. Best we can tell (our Chinese is ... rusty, and by that we mean non-existent), previous reports from China indicated that the 05 was initially slated to debut at an auto show earlier this year, but that apparently didn't happen. We'll just have to wait and see if the 05 hits its targeted on-sale date before the end of the year, but at least we now know for sure that it's out and about testing on public roads.

Basically, the 05 is a "coupe" version of the 01 crossover, Lynk & Co's first production model that's been on sale since late 2017. It's based on Volvo's Compact Modular Architecture, which the Chinese company has access to since it's a division of Volvo parent company Geely. The 01 is powered by a 2.0-liter four-cylinder that spins out 190 horsepower, or as a plug-in hybrid featuring a 1.5-liter three-cylinder gasoline engine and 31 miles of electric range via an onboard lithium ion battery pack. We're not sure which of those powertrains this 05 mule has underhood.

The vehicle gets its numerical name because it's the fifth vehicle that Lynk & Co has committed to build following the aforementioned 01 crossover, the slightly smaller 02 hatchback crossover, the 03 sedan and the Volkswagen Golf-sized 04 hatchback. All of these vehicles share a similar look and all are based on the same platform. Each of these vehicles is also supposed to get a plug-in hybrid powertrain at some point.

If all of these iterative models sound a little confusing to keep straight, well, this won't help: A prototype wearing bodywork that's clearly derived from the Lynk & Co 01 crossover was spotted a little while back testing near Lotus' headquarters in Hethel, England. That makes sense, as in addition to Lynk & Co (that's an oddly unwieldy name for an automaker with global intentions, right?) and Volvo, Geely also owns Lotus. It's not clear how much of Volvo's Compact Modular Architecture the Lotus crossover will use, but we do at least know that one is electrified.

In addition to its home market of China, Lynk & Co's plan is to sell its wares in Europe and the United States within the next year or two. We'll see how that goes soon enough, but at least the newly born automaker will be filling those theoretical showrooms with a proper lineup of crossovers and crossover coupes to appeal to American tastes.