Saying goodbye to a childhood friend — the VW Beetle

It may be time for it to go, but that doesn't make it less sad 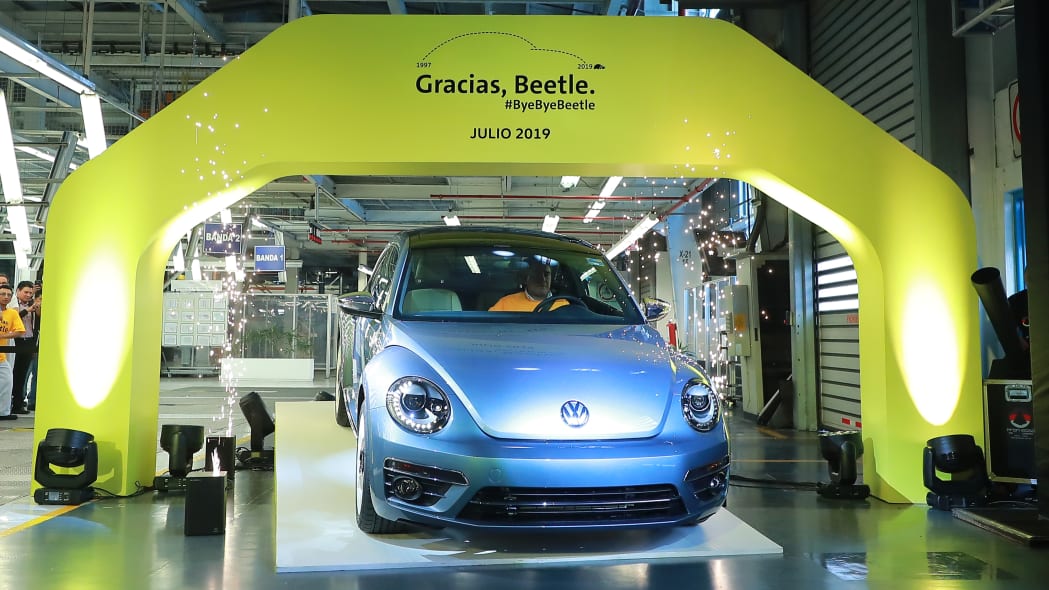 Here we are folks, once again in a post-VW Beetle world. But things are different from when Volkswagen previously announced the end of the New Beetle, introduced for 1998 and discontinued for 2010. Back then, there were reports that a successor was coming, and indeed it arrived in 2011. Even when the original Beetle left the American market in the latter half of the last century, VW continued to churn out the little cars for other markets until 2003. Now the Beetle is dead, and there aren’t even scraps of rumors about a new one. And that makes me quite sad, because the Beetle played a pretty huge role in my life.

The Beetle mostly influenced me as a kid. Being a fledgling car enthusiast, my favorite movie was far and away Disney’s "The Love Bug." And it’s not hard to tell why. Even among automotive-related movies, few are as focused on the cars themselves. Besides beautiful ‘60s machinery, such as the obscure but gorgeous Apollo GT starring as the Thorndyke Special, you had the titular Bug himself, Herbie. And watching this adorable little car not only win race after race, but also look out for his owner and friends, had a serious effect. For a long time, the Beetle was my favorite car in the world. And that manifested itself in getting just about every toy Beetle I could, from tiny plastic Micro Machines to big 1/18 scale models that I didn’t fully realize weren’t to be played with on the floor on a regular basis.

As a child of the ‘90s, I was also in the perfect position to see my Beetle fandom enhanced by the Beetlemania that ensued when Volkswagen confirmed it would bring the Concept 1 to life as the 1998 New Beetle. Everyone knew about it and was eagerly anticipating the release. And there was no shortage of merchandise related to the Bug from toys to books and everything in between. You know how people had the Countach on posters in the ‘80s? Well, the New Beetle got the same kind of poster treatment in the late ‘90s. I know, because my family got one of a Bug on a psychedelic background for my dad’s office. It even got a video game called Beetle Adventure Racing for the Nintendo 64. I played that game a bunch. Fortunately it turned out to actually be a good game.

As I learned more about cars, and my tastes as an enthusiast inevitably shifted to cars that were affordable, reliable and fun, I quickly saw the fundamental flaws in the Bug, more specifically the New Beetle. It was really just a base Golf that was more expensive and less practical. And from a historical perspective, it was just a car that looked like a Beetle, since the Golf underpinnings meant it was water-cooled and front-wheel-drive. And neither the Bug nor its donor car were really interesting to drive. I confirmed this when I recently test-drove a used New Beetle Turbo S (yes, I have been considering eventually getting a Bug of some sort). Even with a 180-horsepower turbo four, it didn’t wind me up like other sporty contemporaries. VW made some major improvements with the next-generation car, especially equipped with the GTI’s 2.0-liter engine, but in a world of WRXs, Mini Cooper Ss and VW’s own GTI, it still didn’t stand out.

And now as a working auto journalist, I can even see that the Beetle as it is doesn’t make a lot of sense. It’s old and not competitive in its segment. And that segment is one of the least popular in our crossover-crazed world.

That doesn’t change the fact that I’m sad to see this car go. I’m sad to see the world lose one of the few vehicles that actually looks friendly. I’m sad that the first car model I really fell for is really, truly gone. All that’s left for me to do now is to say goodbye, and browse Beetle listings with teary eyes.