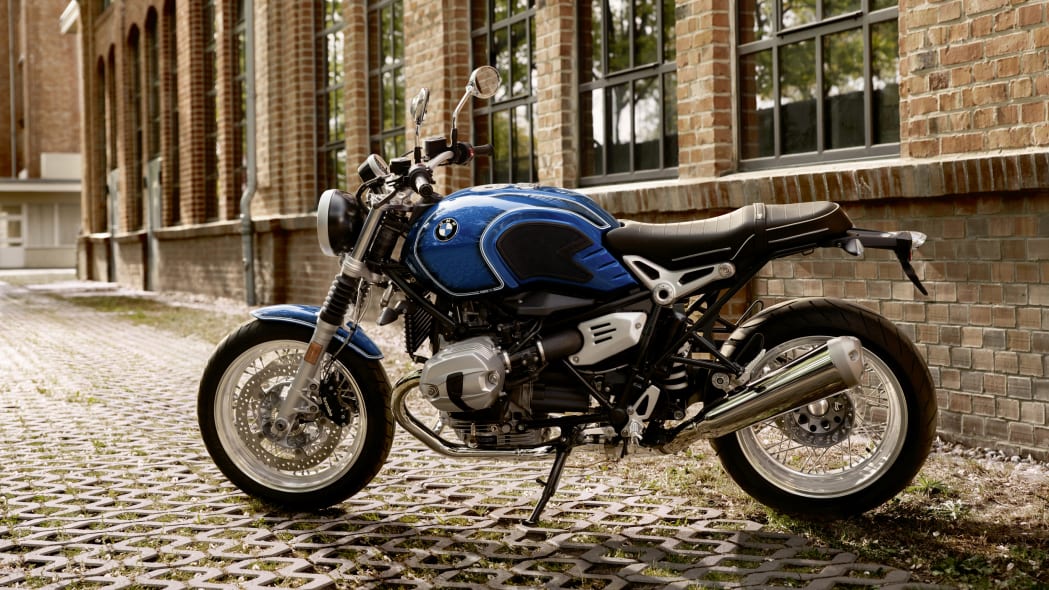 BMW has just unveiled a special-edition motorcycle that celebrates 50 years of BMW Motorrad production in Berlin Spandau, Germany. The gorgeous R nineT /5 harkens back to the /5 series motorcycles of the late '60s and early '70s with unique modifications, eye-catching color, and sharp details.

In 1969, BMW and approximately 400 workers started motorcycle production in Berlin. Sales took off, thanks to the introduction of the new /5 series motorcycles. The R 50/5, R 60/5, and the R 75/5 featured a new chassis, a new engine, and a modern design with loud colors. According to BMW, the motorcycles properly represented the age of "upheaval, rock music, and a powerful sense of freedom." The new R nineT /5 is meant to display the same culture in a modern form.

Although the R nineT can already be ordered in five variations, the /5 model offers something different with touches of nostalgia and class. The R nineT /5 wears a bright Lupine Blue metallic paint with smoke effects and a double line on the fuel tank. The engine, gearbox, fork slider tubes, wheel hubs, and spokes are finished in Aluminum Silver; the frame and propeller shaft casing are finished in black; and the rear mirrors, exhaust manifold, and rear silencer are featured in chrome.

Furthering the aesthetic connection, the /5 also features knee pads, an anniversary badge, and gaiters on the telescopic fork. The seating was also changed to feature a double seat with /5 contouring, cross-embossing, grab straps, and white piping. Power on the R NineT remains the same, as no mechanical changes were made. It features an 1,170cc air-cooled boxer engine that makes 109 horsepower at 7,750 rpm and 86 lb-ft of torque at 6000 rpm.

The R nineT /5 has not been priced yet, and BMW didn't give specifics on availability. Luckily, the core R nineT models need no extras and are available now, starting at about $10,000.