And it's for sale 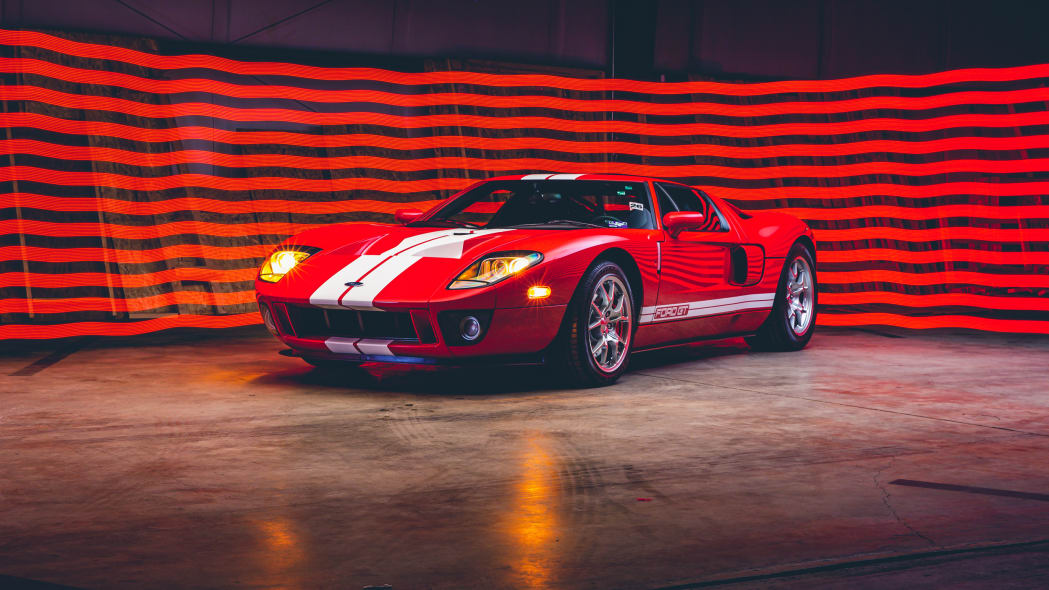 This is not a Ford post about what standard tires the Bronco might come with. This is not a Ford post about how sporty the Mustang crossover EV needs to be to gain respect. It's not a post theorizing about the upcoming electric F-150's tow rating, either. We interrupt the regularly scheduled tornado of speculation to present a Ford product that already exists and has a statue-worthy place in American automotive history, the 2006 GT. The example seen here has just 11.7 miles on it, and it's headed for auction.

RM Sotheby's has listed chassis No. 1FAFP90S96Y400599 as part of a set of American supercar collectibles. The single-lot auctions will be available on Sotheby's new digital auction platform exclusively online. The GT is listed with no reserve, and is expected to bring in $280,000-$340,000.

The Ford GT, a new-century performance car built to honor the Le Mans-winning GT40 from the '60s, was launched in 2005 for a short run that ended in 2006. Only 4,033 were built in total, and only 327 2006 examples were built in Mark IV red paint with white stripes spec. This four-option car's other three options include red-painted brake calipers, forged BBS wheels, and the upgraded McIntosh radio.

What makes this car stand out further from the other 326 cars is the odometer. It shows only 11.7 miles. It's had only one owner, and it has been stored and preserved in Texas, where it was purchased.

Under the hood is the highly regarded 5.4-liter V8 with a Lysholm twin-screw supercharger. Paired with a Ricardo six-speed manual transmission, the engine is rated at 550 horsepower and 500 lb-ft of torque. It claims zero to 60 in 3.3 seconds and a 205-mph top speed.

Interested parties can bid on the GT starting July 2, 2019, and continuing through July 11. Check out more photos, shot by Teddy Pieper, on RM Sotheby's.