It's EPA-rated at 226 miles per charge. How's that work out in real life?

Add a Review
An electric vehicle has an appeal you can only understand once you've owned one. Sure, you might feel good about going green, analyzing every environmental consideration like our Alex Kierstein did recently. But there's a less noble, more immediately tangible reason to buy an EV — it really brings out one's inner cheapskate.

There is nothing sweeter than passing up the gas station where you used to throw away a $50 bill every week. Before purchasing a 2013 Nissan Leaf to serve my 35-mile daily commute, I had never imagined how satisfying it would be to whoosh past the pumps. Stuck in Seattle traffic, surrounded by gasoline-powered cars wastefully idling, my only energy loss was from the radio. There was political smugness: It felt kinda great to stick it to Big Oil. Don't have to stop, buy gas, fill up, change oil — don't have to do anything except remember to plug the car in at night.

After a year or two, I sold that Leaf, a casualty of a cross-country move involving one too many cars. But I have kicked myself many times since. So, it was exciting to get some wheel time recently in a 2019 Nissan Leaf Plus, the new long-range variant.

Let's get something out of the way about range: There's no need for anxiety. There are valid impediments to going electric, the biggest among them right now being poor residual value. (I bought my old Leaf off-lease for a song — it had lost an appalling amount of worth despite just 7,500 miles on the odometer.) But range is not a concern if you are realistic about your needs. That 2013 Leaf was EPA-rated at 84 miles of range on a 100 percent charge. Looking back on it now, that sounds severely limiting, yet the car did a superb job at the task it was given. Charge it to 80 percent (the recommendation for battery longevity), return home at night at around 30 percent depending on side trips, plug it in to 120V (I discovered I didn't need a Level 2 charger), and by morning it was good to go again. Could it do a long highway trip? Nope. We had ICE cars for that. But as a commuter, it was the right tool for the job.


Related:
Being mindful of range in an EV is no different than the thought process you go through when your gas tank falls below half. At a party once, I overheard a group of pilots regaling each other with tales of commercial airline flights when they had run low on fuel. Now that's range anxiety.

The 2019 regular-range Leaf is EPA-rated at 151 miles, a big improvement. And this Deep Blue Pearl Leaf SL Plus in the driveway is rated at 226 miles. Meaning it could do my old commute all week long without ever being charged, then pull into the barn on Friday night with 50 miles of range to spare.

In theory, anyway. Would real-world mileage match the EPA rating?

Driving the Leaf Plus was familiar in every way. Though the Leaf now looks more like a proper car than the cute/ugly bug-eyed first generation, the bones are the same, right down to a newly styled version of the "guessometer" that gives instant feedback on economy vs. recovery and a running estimate of remaining range. (As always, battery percentage and average miles per kWh are more concrete metrics.) The car's low center of gravity still confers fun handling benefits, it's still near-silent at speed, and it's still torquey through the entire powerband. More so, actually, now with 214 horsepower and 250 pound-feet of torque. The old Leaf was slow by anyone's standards, but this car springs ahead eagerly with a whine of armature and electrons. 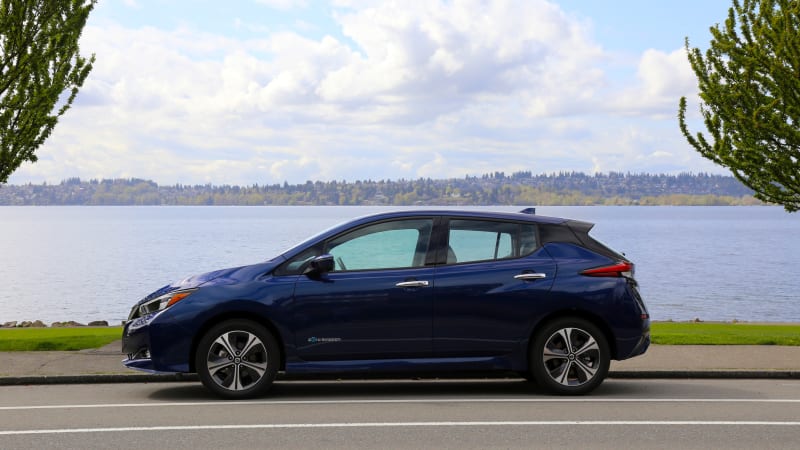 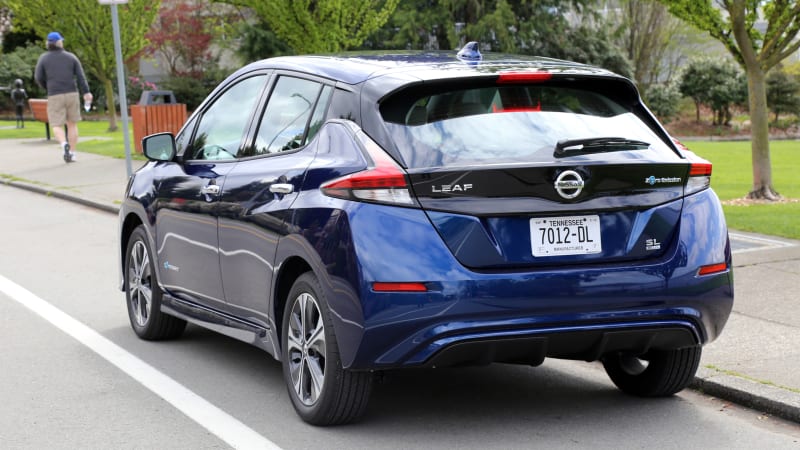 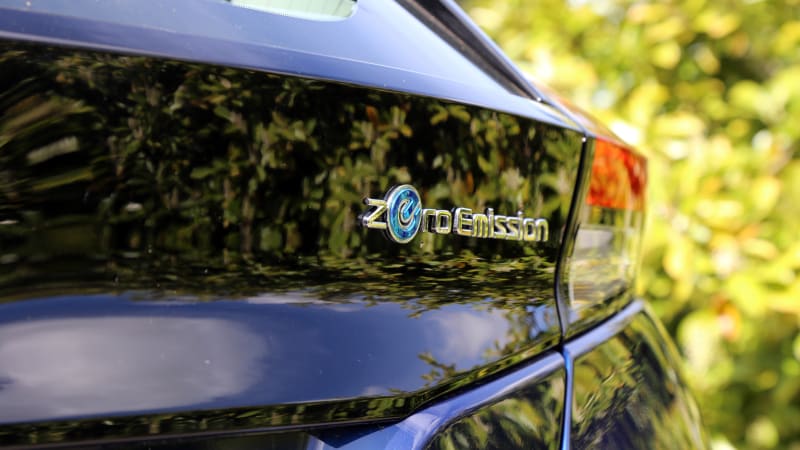 But I didn't do much hard acceleration. My intent was to experience that extended range. So I fell comfortably back into my old Leaf-driving hypermiling habits: Timing and anticipating stoplight cycles to maintain momentum, slow-rolling rather than fully stopping whenever possible, letting gravity do its thing downhill, driving at the speed limit. The Leaf's Eco mode is hard to bear, blunting the accelerator response to a painful degree, but I'll switch it on to help mitigate the heavy battery drain of a hard hillclimb. And the new Leaf is equipped with one-pedal driving for fans of that feature. Or if you prefer, you can roll freely and then throw out the anchor at times of your own choosing by toggling into heavy-regen B mode.

My standing goal in the old Leaf was to aim for 4.0 miles per kWh. The relatively flat topography of my commute helped, and with the 2013 model's 24 kWh battery, this meant the car was operating equal to a range of 96 miles, rather than the rated 84. Hitting 4.0 was an achievable quest. It was also actually fun.

Turns out, it was also achievable with the new Leaf Plus. My week of errand-running involved a lot of inefficient highway miles, yet the car logged 179 miles at an average of 4.1 miles/kWh. Which took the battery to 21 percent before I decided to call it a week and plug the car in. Extrapolating from miles driven divided by percentage of battery capacity consumed, fully depleting the 62 kWh battery would have yielded 226 miles — exactly as the EPA rated it. Multiplying the 4.1 miles/kWh average by 62 kWh equals 254 miles. By either calculation, the long range checks out.

So is this a Leaf you can do more than run errands in? Could you take an interstate trip at highway speeds, say the 175 miles between Seattle and Portland, on a single charge? It feels ... possible. But even if that remains a stretch goal, the Leaf Plus joins a growing fleet of EVs with range in the mid-200s — still not as capable, flexible or easily fueled as an ICE vehicle, but getting there. And that's plenty of range for the driving that most of us do over an entire week. At this point, there are few U.S. two-car households that could not make do with one gas-powered vehicle and one EV like this.

A lot has become possible in the six years between my old 2013 Leaf and this new 2019 Leaf Plus. Imagine what the marketplace will offer six years from now. Someday soon, a lot more of you are going to enjoy never buying gasoline again.