We glossed over a hidden detail in Ford's press release on the 2020 Ford Mustang Shelby GT500 aerodynamics. Ford has capped the super coupe's top speed at 180 mph, feeling that number represents the "sweet spot" of straight-line speed and cornering performance. That number will also likely leave a healthy buffer between the electronically limited handling and handling at the true limit.

Because the base GT500 won't fit any extra aero gear beyond the wing/spoiler dubbed the "swing," it should be the quickest in a straight line. Choosing the Handling Package and Gurney Flap pushes 379 pounds of downforce on the rear at 180 mph. Step up to the Carbon Fiber Track Package that swaps in the rear wing from the Mustang GT4 racer, and there'll be 550 pounds acting on the backside.

Not only does Ford's decision make the coming GT500 around 20 mph slower than the previous GT500, the new 180-mph Mustang can't run as fast as the 203-mph Dodge Challenger SRT Hellcat Redeye nor the 202-mph Chevrolet Camaro ZL1. Even adding the drag-boosting 1LE package to the Camaro only drops top speed to 190 mph. Yet, also remember that the 1LE and its lower top speed ran Car and Driver's 2017 Lightning Lap 4.4 seconds faster than the standard ZL1.

So that terminal velocity shouldn't matter outside of bragging rights. Ford calls the new GT500 "the most aero-capable Mustang ever," one that wants to fight proper sports cars on the track and twisty mountain roads, not just at the drag strip. The entire Mustang lineup has come a long way since the 2013 GT500 proved itself a heart-stopping handful on anything other than a smooth road in good weather. If top speed needs to take one step back so the 2020 GT500 can take two corner-hugging steps forward, then let it be. 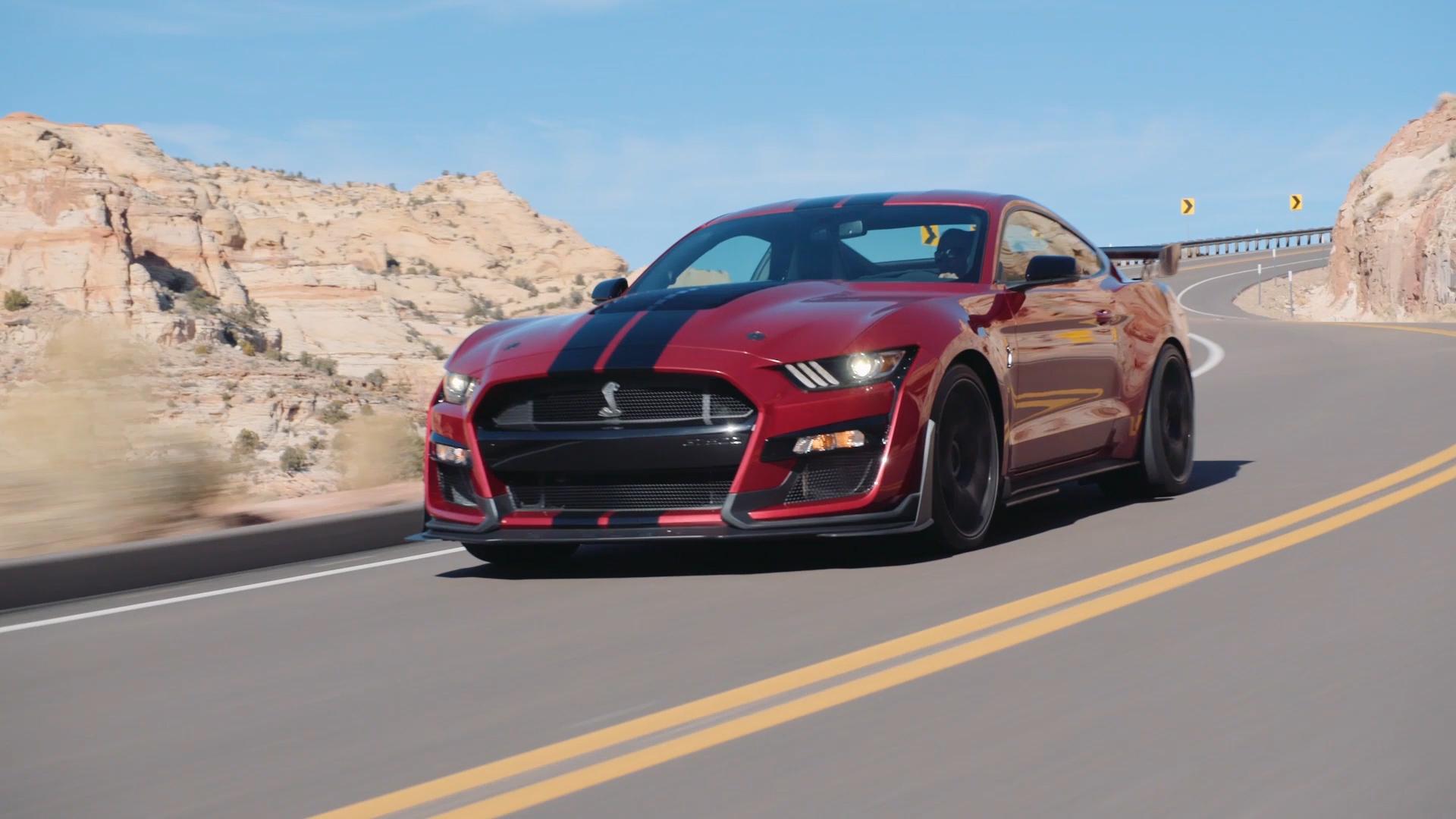