Mercedes owners can buy digital options after purchasing their cars Mercedes-Benz will imminently join BMW in offering digital upgrades to vehicles after purchase. Starting sometime in the first quarter of this year for the A-Class, and from market launch with the B-Class and GLE, owners can use either the Mercedes Me app store, Mercedes' online store, or the car's head unit to add features to the MBUX system. The three applications kicking off the program will be navigation, digital radio, and Smartphone Integration with Android Auto and Apple CarPlay. Since Mercedes is still rolling out the new MBUX system, we'll have to see how this affects the U.S. market. Mercedes vehicles here come with HD Radio, which is our equivalent of Europe's digital radio. The 2019 A-Class, which gets the new MBUX system, includes Smartphone Integration standard. We'd expect the same for the 2020 CLA, just revealed at the Consumer Electronics Show with the new MBUX system, even though the 2019 CLA didn't include Smartphone Integration. That option was part of the $2,300 Multimedia Package. Yet the coming CLA isn't on Mercedes' list of upgradable vehicles even though it's brother to the A-Class.

That leaves navigation as perhaps most relevant to the domestic audience. Mercedes didn't release prices for the upgrades, but ordering navigation as a dealer option costs $1,150 as part of the Multimedia Package on the A-Class, that package also including augmented reality and Traffic Sign Assist.

This kind of buy-when-you-want OEM content isn't new. BMW began offering Apple Carplay - the brand still doesn't offer Android Auto - in 2017 as a dealer option and a $300 digital upgrade via the BMW Connected Drive store. For the 2019 model year, the one-price upgrade for CarPlay turned into an $80 annual subscription fee, after one year free of charge.

That switch to subscription pricing, and having two big players launch an explicit 'downloadable content' model, has some already wondering about how automakers will navigate another fragmenting landscape. The upside for consumers is being able to get up-to-date and desired options, especially navigation and, in Europe, digital radio, even on pre-owned vehicles.

But where do automakers go with it? BMW followed a path similar to Adobe, which once offered software bundles for a set price, but now makes a lot more money with the subscription model. At one extreme end, the airlines stripped every frill, and now make extra billions selling you what was once included in the ticket price. At the other extreme, video game makers make free-to-play games with microtransaction - and lootbox! - upgrades, delivering an enjoyable basic service that invites years of profitable upgrades. And what about the growth of third-party software suppliers? In other parts of the world, you can order a USB with the programming to activate CarPlay in a BMW or a Mini for just $129. Nothing could go wrong with that, eh?

And how far do automakers go with it? We're starting with infotainment, but in a scenario from as far back as ten years ago, automakers talked about installing options like power seats that weren't fully featured; a buyer could purchase and download the remaining seat features later. All we can say for now is that the future is coming, and you'd better have your credit card ready. 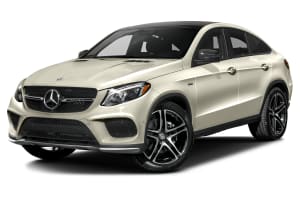