DETROIT — Sales of new vehicles in the U.S. rose slightly in 2018, defying predictions and highlighting a strong economy.

Automakers reported an increase of 0.3 percent over a year ago to 17.27 million vehicles.

The increase came despite rising interest rates, a volatile stock market, and rising car and truck prices that pushed some buyers out of the new-vehicle market.

Industry analysts and automakers said strong economic fundamentals pushed up sales and should keep them near historic highs in 2019.

"Economic conditions in the U.S. are favorable and should continue to be supportive of vehicle sales at or around their current run rate," Ford Chief Economist Emily Kolinski Morris said after the company and other automakers announced their sales numbers Thursday.

That auto sales remain near the 2016 record of 17.55 million is a testimonial to the strength of the economy, said Mark Zandi, chief economist at Moody's Analytics. The job market, he said, has created new employment, and wage growth has accelerated.

"That's fundamental to selling anything," he said. "If there are lots of jobs and people are getting bigger paychecks, they will buy more."

The unemployment rate is 3.7 percent, a 49-year low. The economy is thought to have grown close to 3 percent last year, its best performance in more than a decade. Consumers, the main driver of the economy, are spending freely. The Federal Reserve raised its key interest rate four times in 2018 but is only expected to raise it twice this year.

It all means that people are likely to keep buying new vehicles this year even as they grow more expensive. The Edmunds.com auto-pricing site estimates that the average new vehicle price hit a record $35,957 in December, about 2 percent higher than the previous year.

It will be harder for automakers to keep the sales pace above 17 million because they have been enticing buyers for several years now with low-interest financing and other incentives, Zandi said. He predicts more deals in the coming year as job growth slows and credit tightens for higher-risk buyers.

Edmunds, which provides content, including automotive tips and reviews, for distribution by The Associated Press, predicts that sales will drop this year to 16.9 million. Senior Analyst Jessica Caldwell says leases will expire on over 4 million vehicles, putting more people into the market for new vehicles but also adding an abundant supply of late-model used vehicles. It's too early to tell if more people will opt for used cars, trucks and SUVs, she said.

"They may be priced out of the market," she said. "Interest rates and purchase prices are higher."

Auto interest rates averaged around 5.6 percent last year, up from 4.8 percent in 2017, she said.

— General Motors, down 1.6 percent to 2,954,037. The company passed 200,000 in U.S. sales of electric vehicles last quarter, meaning its federal electric vehicle tax credit will start to expire. The full credit will be available through March and will gradually be phased out by March 31, 2020.

Ford, meanwhile, said it was following GM's lead in moving from monthly to quarterly sales reporting. "We feel it's kind of transitioning to more of an industry standard," said Mark LaNeve, Ford's vice president of U.S. marketing, sales and service. "We think the intense focus on month-to-month numbers is just not how we want to run the business. We believe quarterly will provide great transparency." 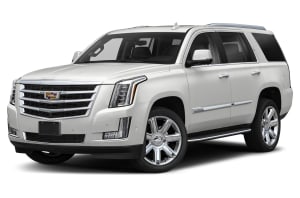