Jonathon Ramsey
Ford let luxury purveyor Lincoln take the spotlight at the L.A. Auto Show with the new Aviator. The Ford brand remained content with a tease, placing a 1967 Mustang Shelby GT500 in a container with 1.14.19 lettering below. Those numbers represent January 14, 2019, the first press day of the Detroit Auto Show, the flag drop for the inevitable scrum around what will be the newest boggling pony car. With zero hubbub, Ford also dropped the first teaser photo of the 2020 Mustang GT500's internals, an image of the supercharger cover bearing a large black snake.

We saw a portion of an early version of the cover almost exactly a year ago, with the snake stamped into the cover instead of the graphic decorating the latest image, and slightly different ribbing. We don't expect any complaint no matter which piece gets the production nod. An angled plaque on the front of the cover reads, "Hand-built with pride" and "Romeo niche-line," with a space for some unique identifier like the builder's name or the car's production number.

Based on filtered rumors and leaks about the 5.2-liter Predator V8 over the past year, that cover will hide a 2.65-liter Eaton supercharger working at 12 psi of boost. The carmaker says the final output will make the 2020 GT500 "the most powerful street-legal production Ford ever built." At the beginning of the year Ford made noises about exceeding 700 horsepower. This week, Ford promised "more than 650 horsepower." We're not sure if that's a reflection of new realities, or Ford putting a target on the supercharged, 650-hp Chevrolet Camaro ZL1, or Ford attempting to dial back expectations in order to make a bigger splash come Detroit. If the coupe intends to win in-house horsepower crown, it will need to exceed the previous, 662-hp GT500.

Some errant clicking led to a couple of detailed illustrations of the Predator V8 being put on Ford's Motorcraft Service site last year. Sleuths strung together a few more clues, like a GT350 wiring harness, no provision for direct injection, and a new flexplate that we expect to mate with the Tremec TR-9007 seven-speed DCT. Beyond that, the flat-plane crank in the related, but naturally aspirated, 5.2-liter Voodoo V8 in the GT350 will become a cross-plane crank in the Predator, and there's a rumored 10: 1 compression ratio.

For anyone playing the pure numbers game, the Dodge Challenger SRT Hellcat Redeye should keep out front comfortably, with its 797 hp. Torque might be another story, with some expecting the GT500 to get 650 lb-ft, compared to the Hellcat Redeye's 600 lb-ft. If the GT500's curb weight comes in around the rumored 4,200 pounds, Ford's entry will be 250-300 pounds lighter than the Dodge. Top speed is predicted to run close to 200 mph, as opposed to the Challenger's 203 mph.

After the January introduction, the 2020 GT500 should hit dealerships in the fall. We'd tell you to save your pennies, but those Abe Lincolns won't cut it. Between the MSRP and dealer markups, you'll need stacks of the other Abe, the green one you can fold. 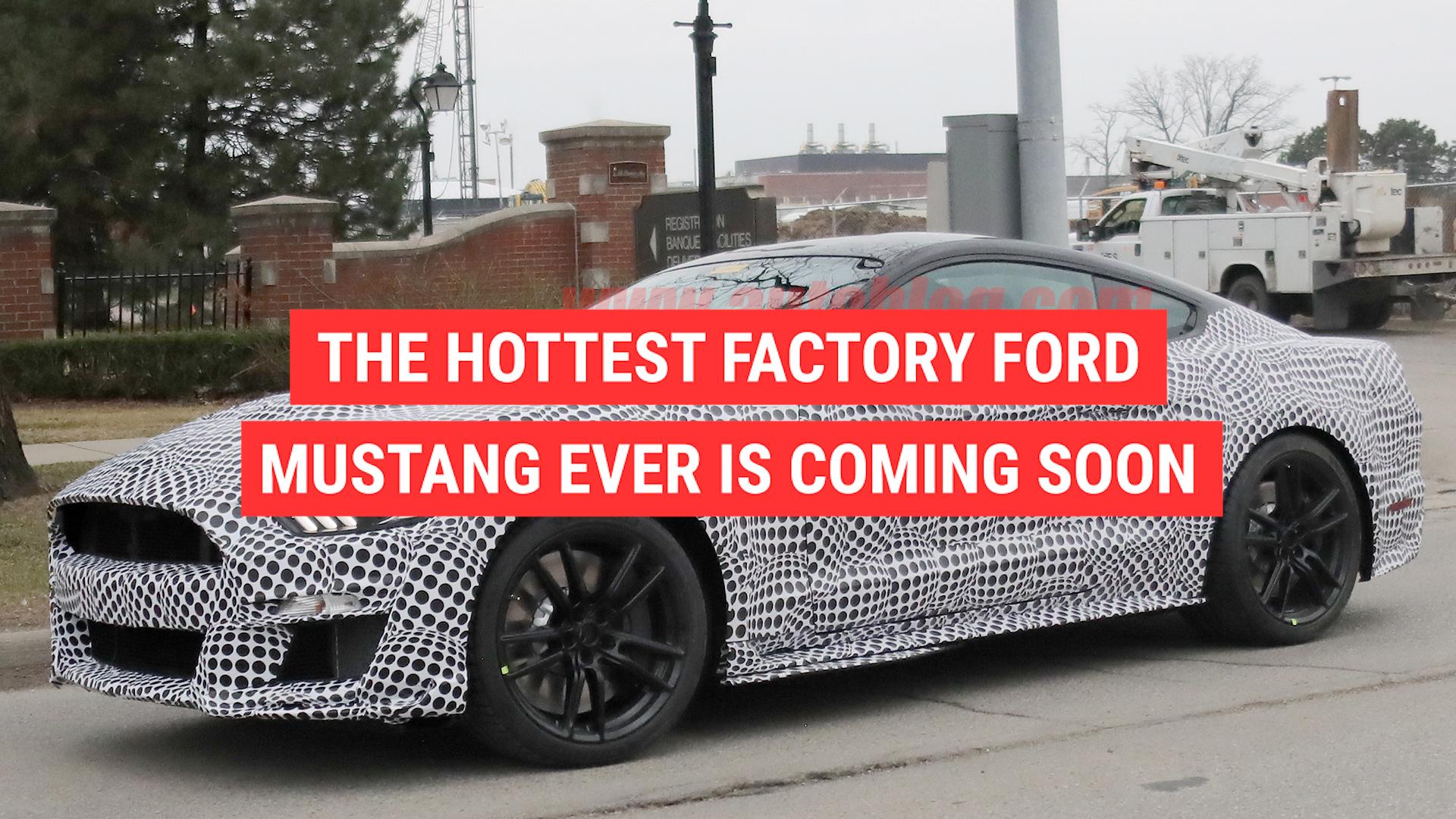