The electric hog gets fleshed out

It's been no secret that the Harley-Davidson LiveWire was headed for production, but now we get to see the production version and get a sense of what its final spec will look like thanks to its debut at the EICMA show in Milan, Italy. It seems like Harley has a chance at making good on the promise it made to Autoblog back in January that the bike will be on the market within 18 months.

The LiveWire has been in development for an eternity, it should be noted. The project that spawned it started in 2010. We rode one in 2014, a 74-horsepower prototype that made 52 lb-ft of torque and could hit 92 mph. It had a range of 60 miles, though. We assume the production bike will do better.

But, we don't know, even with this EICMA announcement. We have details but not complete specs. Motor output, battery capacity, and range are all unknowns. That said, we can start filling in some gaps. It is still electric, of course, but we now know that it pushes power through a permanent-magnet motor. Like the prototype we rode, it makes a sound that increases in pitch with speed. Perhaps it's been refined, since the prototype just sounded like most other electric bikes out there. Sound characteristic is an important Harley feature, and we hope the new LiveWire sound is distinctive.

The battery will be a multi-cell lithium-ion unit protected by a finned aluminum housing. It'll get juiced by an onboard Level 1 charger (the cord stores under the seat) or a Level 2/3 using the J1772 connector. Any Harley dealer that sells the LiveWire will (prudently) have a DC fast charging station on the premises.

The production LiveWire will get Showa adjustable suspension: a monoshock in the back and SFF-BP front fork. The SFF-BP fork separates the spring from the damper, one in one tube and the other in another, for reduced friction and increased responsiveness.

Braking is provided by Brembo Monoblock units, with dual 300mm discs up front and an unspecified rear system. ABS and traction control are standard, and it'll wear Michelin Scorcher tires (co-branded with Harley) at 180mm rear and 120mm front sections. It'll sport four predefined drive modes and three user configurable ones, too. As a high-tech centerpiece of the line, it'll feature a touchscreen display with lots of information available, including nav, Bluetooth, and vehicle functions.

Harley says we'll have pricing and availability in January. Here's hoping we'll get more specs then, too. 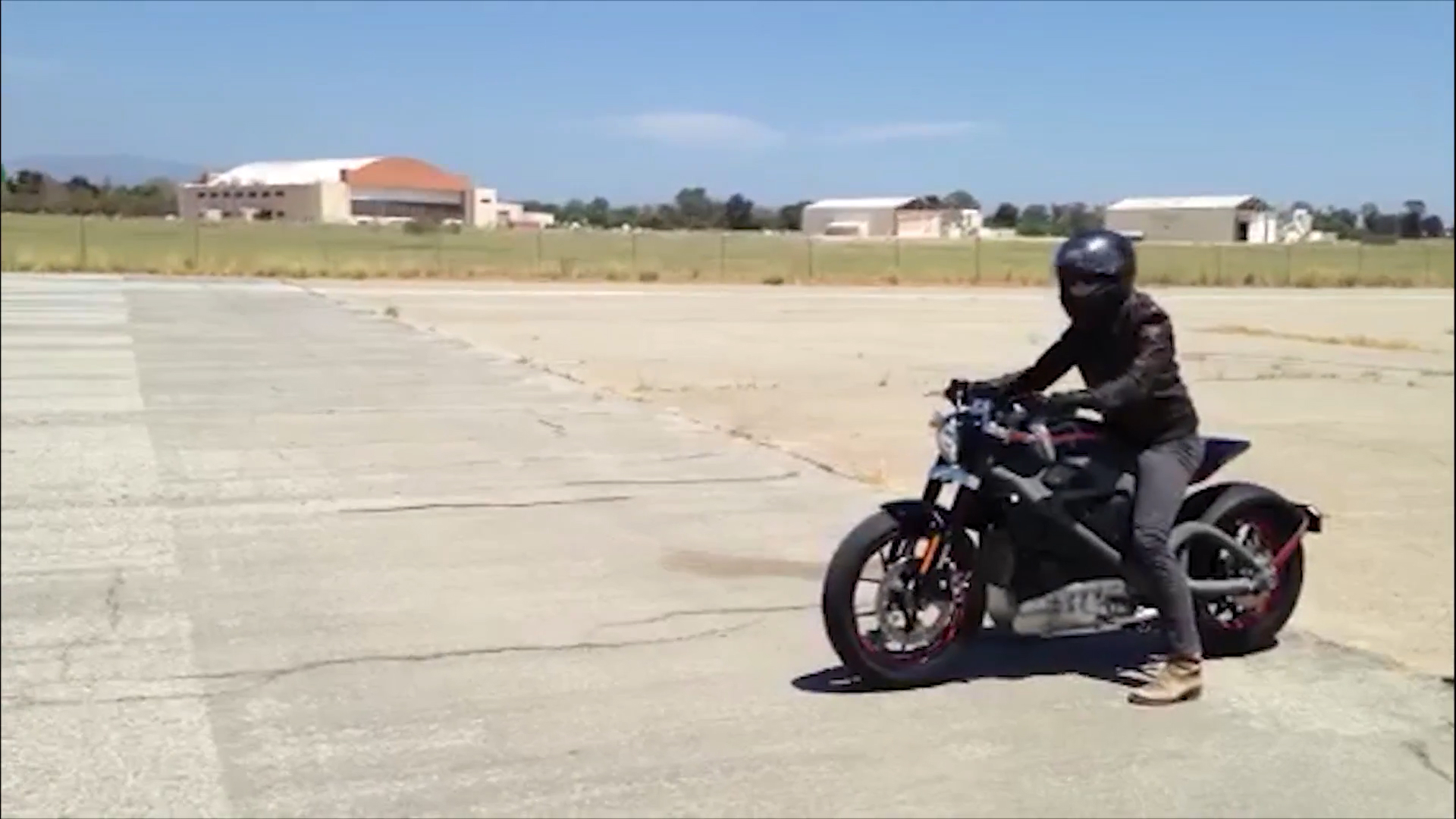