What happens when 81,550 faithful fanatics gather at Laguna Seca

A sea of seemingly endless Porsches blanketed the hills surrounding WeatherTech Raceway Laguna Seca on the last weekend in September, forming what many would consider a perfectly lovely car show. But beyond the fan's thousands of colorful steeds dotting the parking lots (which included 914s, 356s, 924s, 944s, 968s and of course copious iterations of all ten generations of 911) was a paddock packed with a priceless trove of P-cars.

Rennsport is a once-every-four-years-or-so manufacturer-sponsored event, the inaugural gathering of which was launched in 2001 by late Porsche PR legend Bob Carlson. The fact that this year's event coincided with Porsche's 70th anniversary might have had something to do with the expansive breadth of the proceedings: this latest edition was the biggest yet, with 81,550 attendees surpassing the last event's 60,000 figure.

Dominating the on-track proceedings, at least in terms of outright speed, was the 919 Hybrid Evo. The uncorked racecar responsible for shattering the Nürburgring Nordschleife course was watched with keen eyes by the assembled crowds as it lapped the 2.238-mile road course. The pace was ferocious, at one point registering an indicated 190 miles per hour on the radar trap display on the front straight, which led many to speculate that it might break the track's exhibition record of 1:05.880 which was set by Marc Gené in 2012 behind the wheel of a Michael Schumacher-era Ferrari F2003-GA. However the record was not to be, as an insider informed us early on that the 919 was neither running with full boost, nor rolling on the custom Michelin rubber with which it bested the Nürburgring time. 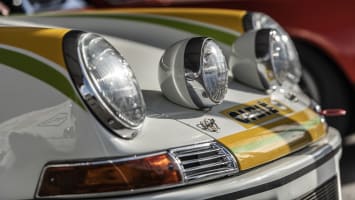 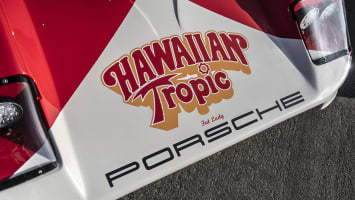 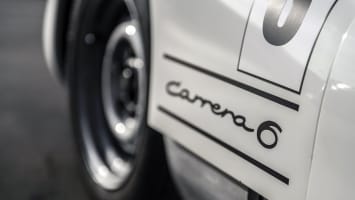 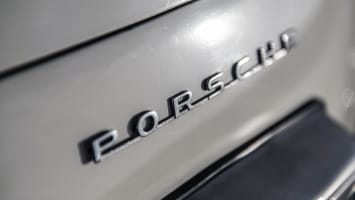 While it couldn't compete with the 919 for lap times, the new 935 inspired by the infamous "Moby Dick" 935/78 that won Le Mans in 1979 turned just as many heads with its swoopy lines and Martini livery. Based on a GT2 RS, there will be only 77 examples of the 700-horsepower track-only tools and each will come with a formidable $817,167 price tag. The only bummer? Unlike the epic 919, the 935 won't see actual, sanctioned competition.

Clawing for attention in the Chopard Heritage Display was an armada of historically momentous racecars running the gamut from several Gulf-liveried 917s (including Jerry Seinfeld's 917-022, which was piloted by Steve McQueen in Le Mans) and Rob Kauffman's Pit Lane Concours-winning 1973 917/30 Turbo, to the original 901 prototype, Adam Carolla's 1979 935, and a dizzying array of 904s, 908s, 962s and everything in between. Just over from that eclectic menagerie was a designated "959 Parking Only" zone, which, at one count, housed no fewer than 14 of the iconic '80s-era supercars.

While virtually every important vehicular milestone from Porsche's racing past was present, so were the brand's pro drivers; among the dozen factory wheelmen in attendance were Patrick Long, Timo Bernhard (who set the 919 record at the Nürburgring), and the Le Mans GTE winning tag team of Kévin Estre, Laurens Vanthoor, and Michael Christensen. More than 50 "legend" drivers included Brian Redman, Jacky Ickx, Jochen Mass and Vic Elford.

There was no shortage of gravitas from history-making racecars and the legends who drove them, but Rennsport also offered quite a bit of levity throughout the weekend. Consider, for instance, the moment a Paris-Dakar Rally-spec 953 cut the Zanardi line through the corkscrew and kicked up a spray of dirt as tarmac-bound vehicles were forced to take the paved route, or when a herd of Porsche tractors engaged in Rennsport's first-ever tractor race. The farm-implement competition saw plenty of notable names, among them filmmaking and Pikes Peak legend Jeff Zwart (who did his best aerodynamically efficient Rollie Free impersonation) and rocker John Oates (of Hall & Oates fame). But – no surprise here – it was factory racer Patrick Long who took the checkered flag after a Le Mans-style start and a dicing with a hard-charging herd of 50-ish horsepower machines.

Rounding out the orthodoxy of the sanctioned Porsche machines was a healthy presence from the custom and outlaw set, ranging from Singer Vehicle Design's stunning DLS showcar, Rod Emory's wild, Momo-sponsored 356RSR, and Guntherwerks's latest 993-based exotica to a smattering of Rauh-Welt Begriff (RWB) widebodies.

At the end of the day, the weekend was a fittingly record-busting, crowd-pleasing celebration of all things Porsche that satisfied brand fanatics on a number of levels.