Adrian Hallmark took over the helm at Bentley on February 1 this year. Volkswagen poached him from Jaguar, where he headed the brand's global strategy. Or perhaps we should say re-poached him, since Hallmark served as Bentley's board member in charge of sales and marketing from 1999 to 2005, and helped guide the original Continental GT to market. He's now responsible getting Bentley in better shape financially and sales-wise, and positioning it for growth. Among the products necessary to do that, Hallmark recently told Autocar that flashy coupes won't cut it. "I'll tell you what we won't be building," he said, "and that's sports cars."

That means we can forget about the gorgeous EXP 10 Speed 6 coupe that had a rumored place in the lineup after a sub-Bentayga CUV, and the EXP 12 Speed 6e battery-electric convertible. Hallmark cited a few issues with the segment, the first being that the segment hasn't yet recovered from the recession, and the buyer demographic that's left goes up in age every year, clearly a losing game. The kinds of younger buyers who would buy Bentleys, athletes and entertainers, are deterred from the purchase by contractual limitations like injury clauses or aversion to paparazzi photos. As well, in China, wealthy buyers get SUVs or limousines, but Hallmark believes Bentley hasn't adopted the the proper strategy there to take advantage.

This is far more than about sports cars for Bentley, though; a recent article in German newspaper Handelsblatt outlined a number of situations the carmaker needs to rectify, including the finding that Bentley's "losing money hand over fist instead of racking up the hefty margins more typical of the class." A German study claimed that whereas Ferrari makes around $80,000 on every car it sells, and Porsche makes a little more than $19,000 on each car (last year it was a little more than $17,000) Bentley loses a little more than $19,000 on each unit. The English manufacturer has posted an operating loss of roughly $92 million through the first six months of 2018, the latest figures in a decline that began in 2014. That financial timeline, however, coincides with Bentley's $1.1B investment in new technologies, which the carmaker cites as the reason for profitability woes.

Beyond that, Handelsblatt claimed VW insiders said the recent Continental GT launch was the "worst production ramp-up of all time." Bentayga sales are down a little in Europe, quite a bit in the U.S., and overall brand sales are down nearly ten percent globally this year. Bentley needs to invest its electrification plans — it wants electrified versions of all its models by 2025 — and that's going to be expensive. The report said those insiders want Porsche to have a bigger hand in helping Bentley get on track and move forward.

That would tie in well with Hallmark's experience, too, since he did a stint in charge of Porsche UK. He told Autocar that in addition to V8 models throughout the lineup, he'd like to crib from Porsche's proficiency in creating special editions with more luxury or performance, and Stuttgart's success in making its hybrid models the most desirable. Bentley wants to crack 15,000 to 20,000 units globally. The most it has achieved in the past five years is around 11,300.

Somehow, though, while tiny, independent Aston Martin gets stronger than its ever been with a growing lineup of incredible sports cars, Bentley has to walk away from the segment that made it what it is today.

UPDATE: A Bentley spokesman responded with the following statement:

Bentley is committed to the GT today and into the future. It is a mistake to suggest that sports cars are the same as GTs. Bentley two-door vehicles have always combined performance and luxury, thus ensuring enjoyable long-distance driving. That is our definition of a GT, and we will continue to design, engineer and craft the very best GTs available.

A brand or company can show a drop in annual profitability, however, that does not mean that individual vehicles do not contribute margin to the business. Bentley vehicles contribute margin to the business, however, we need to fully realize the benefits of recent significant investments to return the full business to expected profitability. Bentley invested heavily over the past several years in order to bring the Bentayga SUV and the new Continental GT to market. Next month Bentley will introduce the Bentayga V8, and we expect it to be a very popular model. The GT is only available in about half of the global markets today, Bentley will launch the GT in China and the US in 2019. 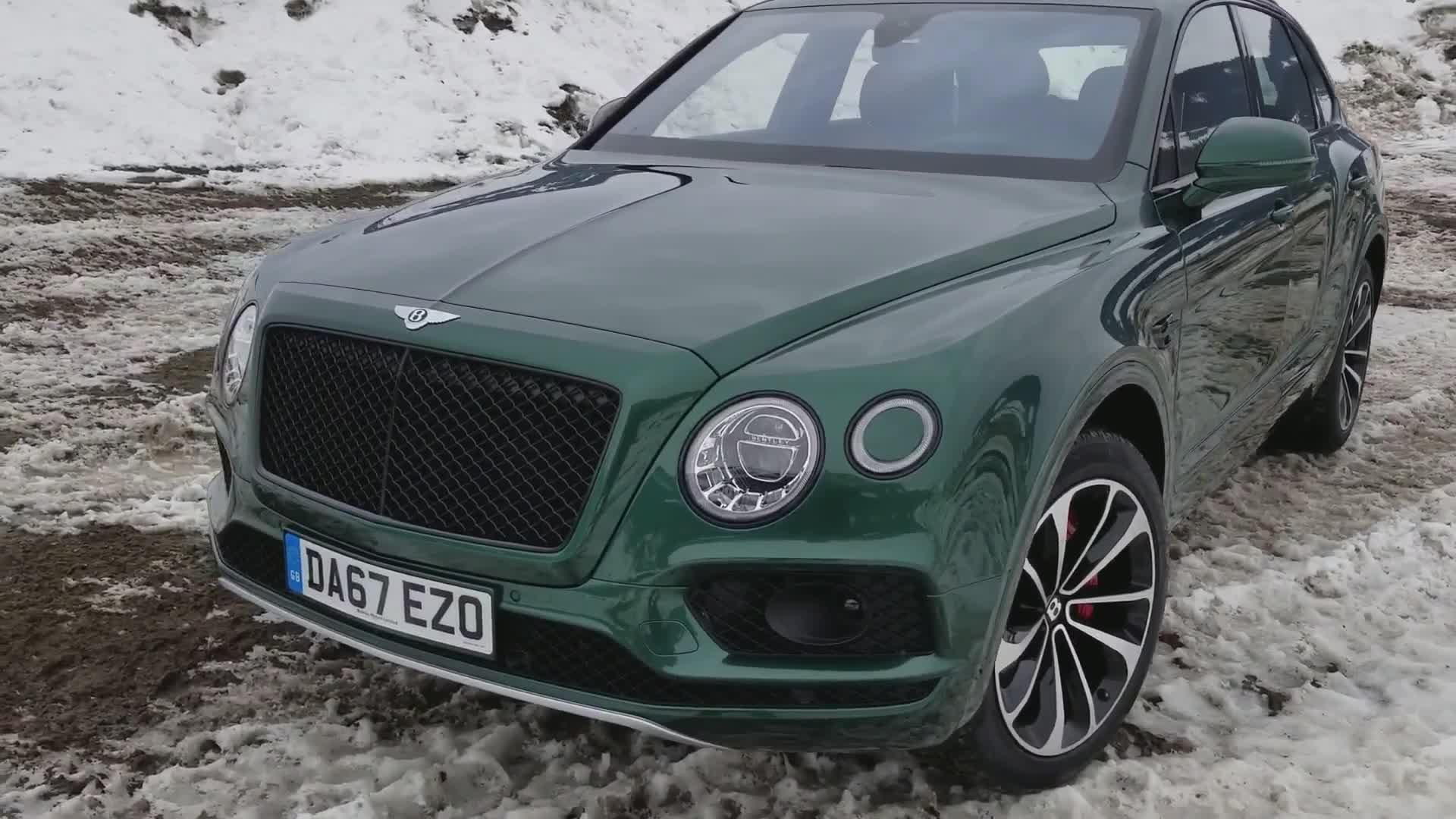