It was developed with Chinese automaker JMC

Joel Stocksdale
Ford is having some difficulty selling its cars in China, so it has prepared a grand plan to introduce 50 new models from now until 2025 in a bid to turn things around. Among those models is an affordable crossover, because it seems everyone in the entire world can't get enough of them.

It's called the Ford Territory, and it shouldn't be confused with the Australian-market SUV of the same name. That one is based on the rear-drive Ford Falcon. This Chinese-market crossover is very different, and it was co-developed with Chinese automaker JMC. Not many mechanical details are available, but it will be offered with three engine options. There will be a conventional gas-powered engine, a Miller-cycle-style engine with a 48V mild-hybrid assist, and a plug-in hybrid. 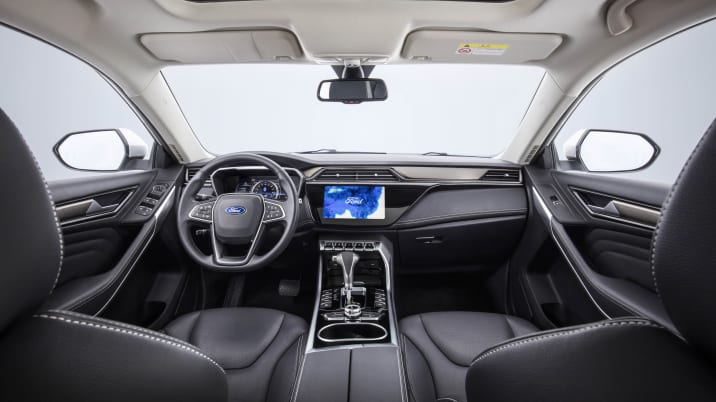 According to Ford, the crossover's design, engineering and testing were led by Ford itself, while JMC provided advice on what sells in the Chinese market. And the Territory will be built in a JMC factory. According to Car News China, though, JMC may have had more to do with the development than just advice and manufacturing. The news outlet notes that the Territory is nearly identical to an SUV already on sale by JMC brand Yusheng, the S330, which features a turbocharged 1.5-liter four-cylinder engine making 163 horsepower.

Regardless of exactly how the efforts were distributed, we imagine the Territory will be successful. It looks fairly handsome, if not particularly memorable, inside and out, and Ford is aiming to make it affordable to sell to expanding markets outside of China's big cities. It goes on sale there early next year. We don't expect to see this SUV on our shores anytime soon, since it likely hasn't been developed to pass U.S. safety and emissions standards.