James Riswick
UPDATE: Since this article was originally written, Ford announced that it will sell the Ford Focus Active in North America. It will actually be the only version of the 2019 Focus sold here.

The all-new Ford Focus was revealed today, but it's highly unlikely we'll see all of the five presented models landing in the United States. One, however, seems like a sure bet. That would be the new Ford Focus Active " crossover" that'll feature a raised suspension and more rugged styling flourishes, including black body cladding.


If that sounds like Ford is taking on the Subaru Crosstrek, we'd certainly agree, and it's surprising no other car maker has yet done so here in North America. It's a formula that certainly has appeal to consumers, who want some of the capability of an SUV, but don't need the full size or image. It's nearly as popular as the Impreza (about 110,138 sold last year versus the Impreza's 117,401), which makes Ford's decision to add such a model to the struggling Focus lineup seem like even more of a no-brainer. By comparison, Ford only sold 158,385 Focus models in total last year through a vastly larger dealer network than Subaru's. To be fair, though, the current Focus easily topped 200,000 in its first three years when it was a newer and more competitive product.

Yet, there was some important questions that today's press release did not answer about the Ford Focus Active. First, will it have all-wheel drive? Given the Focus RS, adding all-wheel drive to the previous-generation was possible, and one would assume that would be the case with the new one as well. That Ford so obviously left that tidbit out of the press release seems unusual, though it could just be that such off-road-lite hatchbacks in Europe (of which there are several) aren't expected to have AWD. Our complete guess: if the Active really does come to the United States, it'll send power to all four wheels. 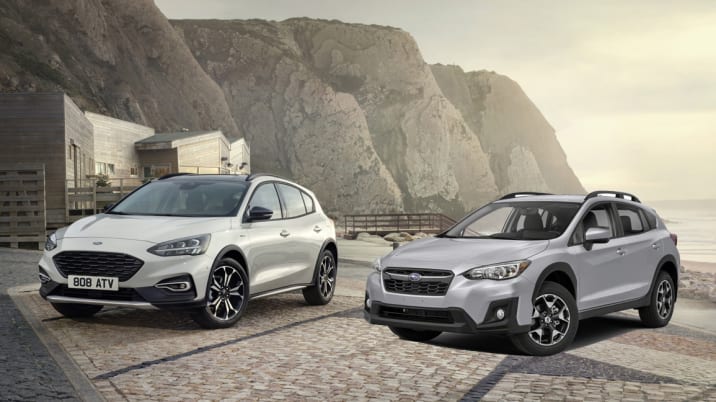 Second, how much ground clearance will it have? Ford didn't say, but to sleuth out a guestimate, I quickly Photoshopped together the above image with the 2018 Crosstrek. It has the Subaru-standard 8.7 inches of ground clearance, which in the Crosstrek seems especially tall – almost absurdly so. The Focus Active appears to be closer to the ground while also possessing lower-profile tires. However, there does seem to be more than the token lift found on the Buick Regal TourX. Judging by the second Photoshopped image below, I would estimate the Active's lift should comparable to the Volkswagen Golf Alltrack's 6.9 inches. Throw me down for 6.8 inches in the betting pool. 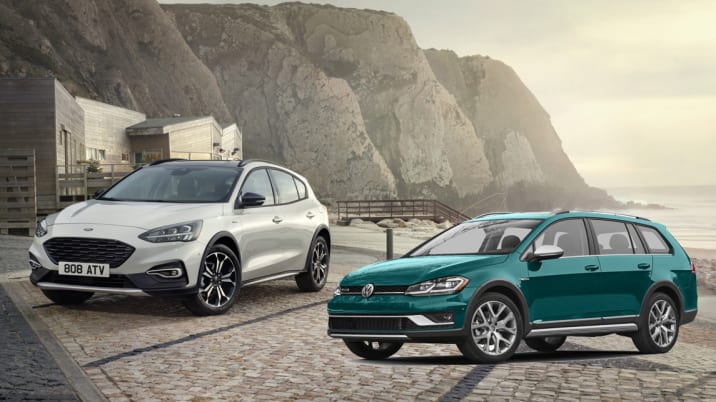 Engines were also not announced, but one would assume it would be whatever is the volume-selling engine. Perhaps the 1.5-liter four-cylinder EcoBoost? Ford did announce there will be a new eight-speed conventional automatic in place of today's slightly wonky dual-clutch automanual, though again, its pairing with all-wheel drive adds another wrinkle to that question.

So that's all we know at this point. Stay tuned for more information about Active..