Just make sure you get the optional headlights

The Insurance Institute for Highway Safety has recently tested the 2018 Kia Niro, and the car came out well. The organization gave it the Top Safety Pick+ award, which goes to cars that meet the organization's most stringent safety requirements. While good on its own, the Niro's new commendation also stands out because its corporate cousin, the Hyundai Ioniq, and its close competitor the Toyota Prius only received the plain Top Safety Pick award.

The Niro earned this score by getting a "Good" rating, the highest IIHS bestows, in every single crash test, including the difficult small overlap test for both passenger and driver. It also received a "Good" rating for its optional HID headlights, and the optional forward collision prevention system managed to prevent a collision at speeds up to 25 mph.

This brings us to a caveat to the Niro's scores, though. The highly rated headlights and forward collision prevention system are options that don't come standard on base models of the Niro. The headlights only become available on the second-highest EX trim, and are standard on the top Touring trim. The forward collision prevention system is not available on the base FE trim, but it is an option starting with the second-lowest LX trim, and is standard on Touring. 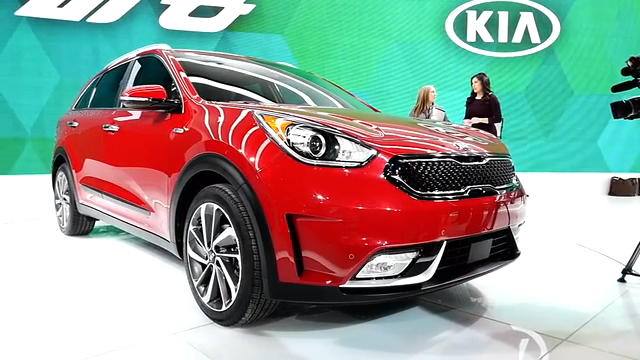