The 2017 Kia Niro is a significant model for the brand. It's the company's first car designed from the get-go to be a hybrid. And as Kia's VP of product planning explains, it's helping lead the company's push to improve fuel economy by 25 percent across the board. So it's kind of funny that almost everything about this car reads as "conventional" or simply "normal."

There are exceptions to this. Under the attractive – if not adventurous – skin is some interesting technology. Most of the mechanicals are shared with the upcoming Hyundai Ioniq, including the direct-injected 1.6-liter inline-four and electric motor that send power to the front wheels. The powertrain makes a combined 139 horsepower and 195 pound-feet of torque. Kia also implemented various aerodynamic and weight aids to make the most of the engine and motor. The Niro features air curtains, a rear spoiler, and active air shutters to help achieve a 0.29 coefficient of drag, and the hood, hatch, brake calipers, and some suspension components are all made of aluminum. Plus, when ordered with navigation, the Niro will provide tips on driving more efficiently, and will use topographical information to use electric power in the most efficient manner.

The various bits of fuel-maximizing technology mean the Niro manages Prius-like fuel economy ratings of 52 mpg in the city, 49 on the highway, and 50 combined. That's only for the base FE model, though. Moving up to the slightly better-equipped LX and EX models yields a small decrease to 51 city, 46 highway, and 49 overall. If you opt for the Touring model, shown here, because you want all the bells and whistles, be ready to sacrifice more mileage – it only manages 46 city, 40 highway, and 43 overall. Kia says this is due to the increased weight of the standard features, different roof rails that change the aerodynamic profile, and the larger, wider 18-inch wheels and tires that increase the rotational mass and rolling resistance.

All of the effort Kia put into making the Niro a highly efficient Prius fighter seems to have been matched by an effort to make the car appear as normal as possible and give it the broadest appeal. So, no polarizing looks like on the latest Prius and Prius Prime. Glancing at it, you'd say the Niro is just another crossover. The greenhouse looks like a scaled-down version of the Sorento's. That's not necessarily a bad thing, since the larger Kia crossover is fairly handsome. The Niro's scowling headlights and hood scallops are sharp, too. But the Niro does have an air of anonymity, and nothing about it (aside from some badges) shouts hybrid or efficient. In that way it's like the anti-Prius.

The same goes for the inside. Forget glossy white plastics, big touchscreens, and funky shifters. We've got an interior that wouldn't look out of place in any other Kia. It's low and wide, and has good fit and finish. There are some cheap plastics here and there, but they're textured nicely and kept to areas of the dash that you won't be touching often. Only the gauge cluster looks mildly futuristic, with its power/economy meter. Being a crossover of sorts, the Niro also has a high seating position that, coupled with the low dash, provides good forward visibility. The conventional hatchback shape also means that the Niro has a healthy amount of cargo space. With the rear seats up, it offers 19.4 cubic feet of space, and 54.5 with them down. There's even a run-of-the-mill T-handle shifter inside connected to a mostly conventional transmission. The Niro packs its electric motor in a six-speed dual-clutch transmission instead of a CVT-esque arrangement like many other hybrids. The 1.56-kWh battery pack is hidden under the rear seat and doesn't cut into cargo room – an advantage of Kia designing this platform for use as a hybrid from the start. 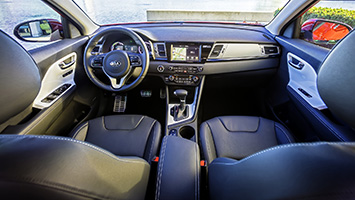 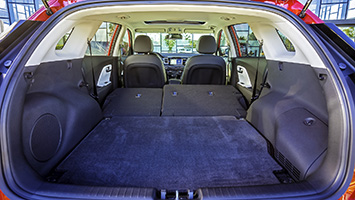 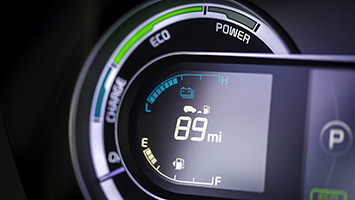 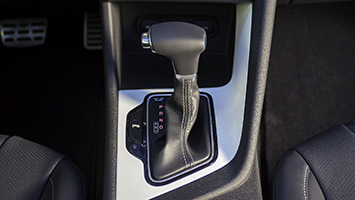 The theme of the Niro seems to be fancy technology in a plain, palatable package. The driving experience certainly backs that up. The transmission works pretty well, and certainly feels more like what you find in the average automobile. It isn't lightning fast, but is still generally smooth and responds promptly enough in both automatic and manual mode. Considering the transmission has actual gears and a manual shift mode, it would be nice to have a tachometer to judge when best to request a shift. As a bit of a workaround, you can drop the shifter into the Sport gate, pick a gear to engage manual shifting, and let it upshift on its own at what is presumably redline.

The powertrain is acceptably peppy as well. It's not going to blow you away, but it sets off with solid pace, thanks in part to the electric motor's immediate torque. And in Sport mode, the throttle is responsive and the transmission holds gears longer. Unfortunately, the gas engine is not a refined piece of machinery, and you hear a lot from it in the Sport mode. It buzzes and moans at and near wide-open throttle. Because of all this, you'll probably just want to leave the shifter in Drive.

Another reason to avoid Sport mode is that it also affects steering. The Niro actually has fairly pleasant steering in the default driving mode. It's weighted nicely and resistance builds up naturally. Like so many modern steering systems, feedback is mostly absent, but occasionally you'll feel a kernel of information work up through the column. This changes when Sport mode is engaged. The weight increases noticeably, and unfortunately it just feels artificial. It also seems to do away with any faint feedback that may have made it to your fingertips otherwise. 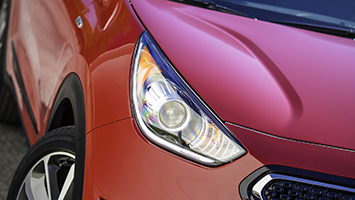 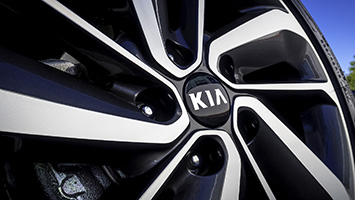 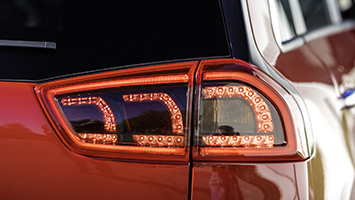 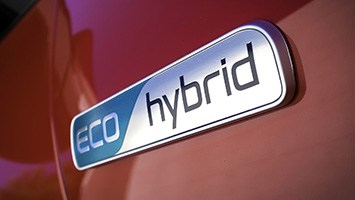 The Niro is certainly competent in corners, feeling plenty stable, but it's not going to have you seeking out twisty roads. There is some noticeable body roll, and it doesn't turn in eagerly. The ride is generally good, and very little noise makes it into the cockpit. And while bumps don't upset the handling, they are felt in the cabin; larger imperfections are a bit rough, and small bumps and irregularities can leave the car feeling a tad jittery. It is possible this is primarily an issue on the Touring model, the only version available on our drive, as it has a slightly different suspension tune to handle the larger wheels and lower-profile tires. The FE, LX, and EX models might have a more composed ride thanks to different suspension calibration and taller sidewalls on 16-inch wheels. That said, Kia tends to tune its suspensions on the stiff side, and there is the weight of the hybrid components to contend with.

Kia has done an excellent job of eliminating one of the most common complaints with hybrids: inconsistent brake-pedal feel. Because hybrids typically use blended brake systems that combine regenerative and mechanical power that can vary when pressing the pedal, the response can feel a bit odd and make judging the amount of pressure needed difficult. That issue is nonexistent in the Niro. Though feedback is low, the resistance of the pedal is good and always steady. We'd like it to be firmer, but the average driver shouldn't have any issues with it. 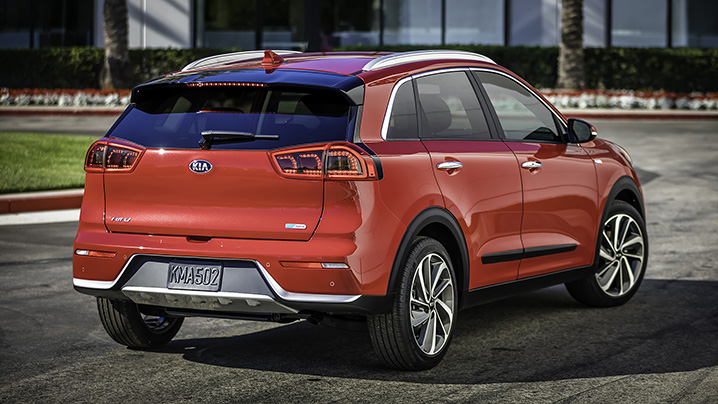 The Niro's price goes along with the rest of its mainstream palatability. Kia hasn't set final pricing yet, but we're told that base models will start at around $24,000, which would put the Niro just under the $25,065 price of the base Prius. Touring models should top out around $32,000. If the Niro sounds like the car for you, you'll be able to pick one up this January. And, if you can wait a while longer, Kia will be launching a plug-in version at the end of 2017 that will have an electric range of about 25 miles. That model will likely cost more, but available tax credits may offset all or part of the price increase.

Taken as a whole, the Niro is a solid car. It's not outstanding, and it's not horrible; it's good. It looks handsome enough, it rides comfortably enough, it handles well enough, and most important for some, it does a good job of hiding the fact that it's a hybrid at all. It's best thought of as a competent and competitive crossover that happens to get roughly 50 mpg if you go easy on the options. There are crossovers and hybrids that are sportier, more comfortable, or more striking looking. But for many people, the Niro will be just about perfect, giving them the crossover look and feel they desire with a measure of utility, while also delivering excellent fuel economy. That combination is at least noticeable.