Tech features have made trailering a breeze, even if you’re a noob Towing a trailer once meant that only those who possessed certain knowledge would be able to go fishing, tow a race car or pull a camper safely. For me, it took four long years of practice working a job behind the wheel of a jacked-up Ford F-250, hauling tons upon tons of mowing equipment for my local parks department, to become proficient. Just how far things have come since then became evident after a recent trip to Utah with GMC, in which we used the half-ton Sierra Denali to tow a set of Polaris side-by-sides through the state. Modern safety technology and a suite of electronic aids make towing simple enough that anyone with a driver's license and something to haul can do it.

This revelation came behind the leather-wrapped and heated steering wheel of GMC's outgoing 2018 Sierra Denali. Sitting in the plush, heated and cooled captain's chair, I could barely feel the 6,000 pounds I was towing behind me. Even GMC's smallest full-size truck engine, a 5.3-liter V8 generating 355 horsepower and 383 lb-ft of torque, felt like overkill for what used to amount to a heavy load.

With Utah's pristine landscape, the plush confines of the cabin and the uneventful nature of modern towing, mile after mile just streamed by at highway speeds without incident (or excitement). When we finally reached our destination a few hours later, one of GMC's representatives who had chosen to sit in the rear of the cab asked me what I thought about the drive. I pondered for a few minutes and answered with this: "Modern pickup trucks have removed nearly every skill-based variable once associated with towing. I could drive this truck and trailer confidently with just one finger." 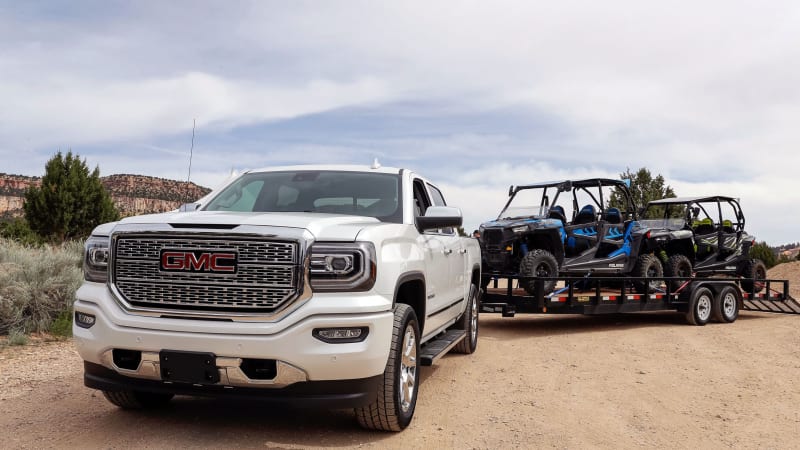 Consider the near overabundance of towing-assistance systems in the GMC Sierra Denali that I piloted through Utah. Let's start with the most basic of towing skills — something that's now been relegated to the annals of history: reversing a pickup to meet the trailer's hitch. Once upon a time, this required knowing a truck's dimensions and understanding proximity, as well as having a keen eye, a steady foot for both the gas and the brake and the patience to get it right. Now, though, pickups such as the Sierra Denali offer customers a trailer reverse camera system that helps the driver align truck to hitch with pinpoint accuracy. Adding further benefit, the same technology can then be used once the trailer is attached to help assist the driver in reversing the trailer, something that once took hours of practice, patience and a healthy dose of failure to even become close to proficient. Outside the GMC universe, there are other trailer and towing systems that further help drivers, systems such as Jaguar Land Rover's Advanced Towing Assist, as well as Ford's Pro Trailer Backup, which both semiautonomously reverse the trailer for you.

No better example can be made than when, after a year or so working at the parks department — and a couple hundred hours' towing the shop's 27-foot trailer — my parents and grandmother purchased a 17-foot fishing boat. On the day we towed it home, my father took the driver's seat. When we reached my grandmother's house, he decided that he'd park the boat in the house's single-car garage. My dad, ever the optimist, said "step back" to my mother, grandmother and me as he started backing the trailer toward the garage opening. For about a half-hour, the three of us boiled over with laughter as we watched my father attempt to back the boat in time after time after time. To his credit, he got close a few times before giving up. But then I stepped in and backed the boat into the garage on the first go while my dad muttered some expletive toward me in a half-joking way. 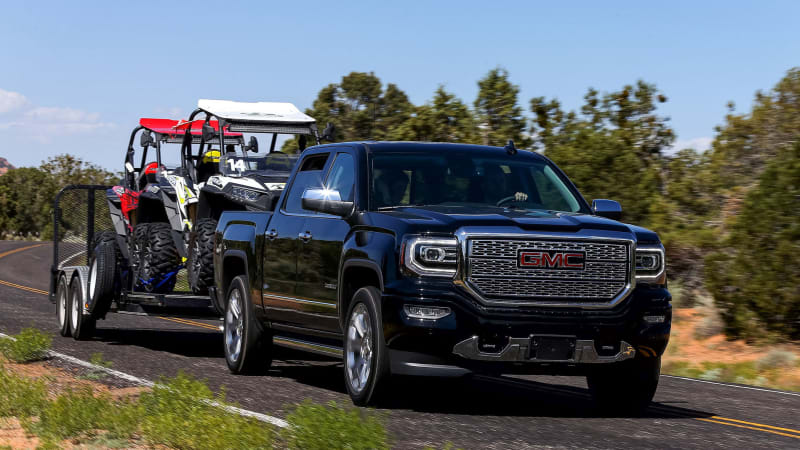 It wasn't his fault, though. He didn't have the same training I had received. It took failure after failure for me to finally get it right. If my dad had the keys to a modern Sierra Denali like the one I piloted through the purple and rose mountains, my anecdote likely would've ended differently.

Things are just as easy after you've hooked up the trailer. Those years during which I was towing the park service trailer, I spent so much time checking my mirrors, looking over my shoulders, peering around to check the blind spots, spotting cars entering the "no-see-zone," considering how wind would cause the trailer to sway and wondering whether it was safe to change lanes. In a modern truck, nearly everything is handled by the truck's onboard technology: Side Blind Zone Alert, Lane Keep Assist, Lane Departure Warning and Trailer Sway Control make up the bulk of those once-required driver skills, the coolest of which is Trailer Sway Control. 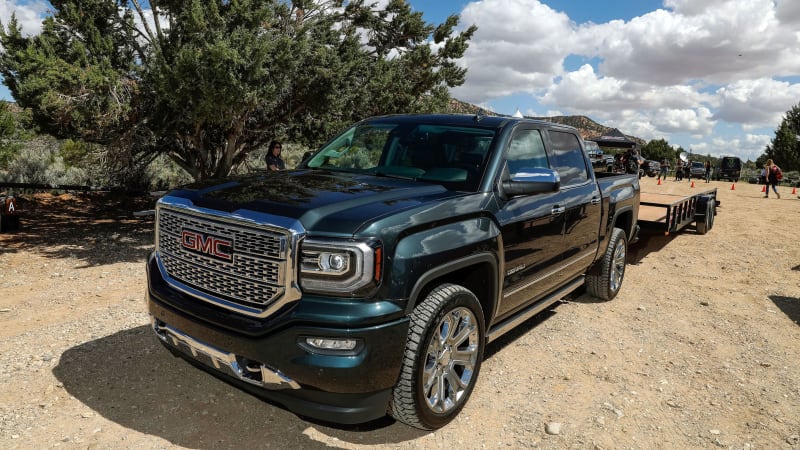 One fear many have about towing is, what happens when the trailer begins to sway back and forth either due to a gust of wind, the pressure differential caused by a semi or a mistake committed by the driver. It's an honest fear, but Trailer Sway Control mostly assuages it. In the Sierra, the system works with the truck's StabiliTrak traction control system. When the system detects a certain amount of sway, or yaw, the Sierra applies the brakes and reduces the engine's torque and power to reduce the vehicle's speed, allowing the driver to get a handle on the situation. Furthermore, in the Sierra, the driver can aid the process of fighting a swaying trailer by using the dash-mounted trailer brake system, a system designed to only brake the trailer when activated.

It seems then, with the advent of driver-assistance technologies, that the skills of the past have become almost redundant. There's still the matter of having confidence in your abilities to trailer safely, but you're no longer required to obtain those skills through years of practice. That confidence, and indeed much of the skill once needed to trailer, can now be bought at your local dealership. Towing is much different from the way things were when I learned. There are still a handful of things you'll need to learn — tongue weight, ensuring the trailer is properly connected to the ball hitch, trailer balancing and what it feels like laden and unladen. But as for the GMC Sierra, towing is as simple as driving your unladen car to the grocery store, as time-consuming as filling it up with gas, and as safe as walking your dog around the block.