ALÉS, France — Romain Dumas' first sight of the Volkswagen I.D. R Pikes Peak was, like the rest of the world, via the weekend livestreamed press conference. Between stints at Monza, viewing it on his phone, he watched the covers come off the very car he'll be racing in just 62 days. His initial reaction? "Wow, that's a proper one!"

From Monza, Dumas flew directly to the test track in southern France where Autoblog saw the car unveiled, arriving at 2 a.m. and going straight to the pit garage to see it for himself. VW's full weight is behind the project, but he's personally invested too. His hometown circuit of Alés is where he'll drive the I.D. R ahead of it shipping out to Colorado in a couple of weeks.

He had his first outing on Monday. "It was absolutely fantastic to see the completed I.D. R for the first time, and to take it out for its first spin," said Dumas. "What Volkswagen has managed to put together from scratch over the past few months has my greatest respect. I had obviously seen initial pictures of the car — but it is even more spectacular in the flesh. We now have a packed schedule of testing ahead of us, and I am looking forward to every meter!"

Best known for winning Le Mans and a WEC title in the Porsche 919 Hybrid, Dumas also has three outright wins at Pikes Peak in his self-funded Norma MXX RD. His personal connections with this specialist hillclimb manufacturer also provided the final piece of the puzzle once VW Motorsport settled on Pikes Peak as the promotional tool for its forthcoming I.D. EV lineup. Indeed, the I.D. R is based around a heavily modified and reinforced Norma monocoque, and Dumas says the previous experience of driving their cars at Pikes Peak will give him a head start for the pending shakedown.

Weighing less than 2,500 pounds, capable of 0-60 mph in just 2.25 seconds and packing 680 hp and 479 pound-feet of torque from its two electric motors, the I.D. R's official goal is to beat Rhys Millen's 2016 electric record of 8:57.118. Having taken the first overall win for an EV the previous year, Millen has proven electric power can conquer the world's toughest hillclimb. But against the near-1,600 hp and 1,659 pound-feet of the current electric record holder, is Dumas bringing a knife to a gunfight? VW says not, with the I.D. R focusing on weight savings and aero in place of outright power. And in the Frenchman, it has a driver who both knows the course and how to get the most out of electric and hybrid racing cars.

"In terms of braking, regeneration and managing energy, I think some points are very similar to the 919 Hybrid," he says. "Because of the rules in LMP1, we were thinking in terms of fuel per lap, we were playing a lot with energy, and I think at Pikes Peak we will be doing this also. Where to use maximum energy, where not to use maximum energy, where to regenerate, where to recuperate, a lot of these points will be similar." And he thinks Pikes Peak is the perfect place to demonstrate EV technology. "Because it is one run, nine minutes, because of the altitude an EV is not a compromise, it is the best choice."

None of this guarantees success, of course, something VW is painfully aware of after its 600-plus hp Twin Golf lost out to Walter Rohrl's Audi Sport Quattro when a rose joint let go just a couple of corners from the 14,115-foot summit. It happened over 30 years ago, but VW is still talking about a score to settle. 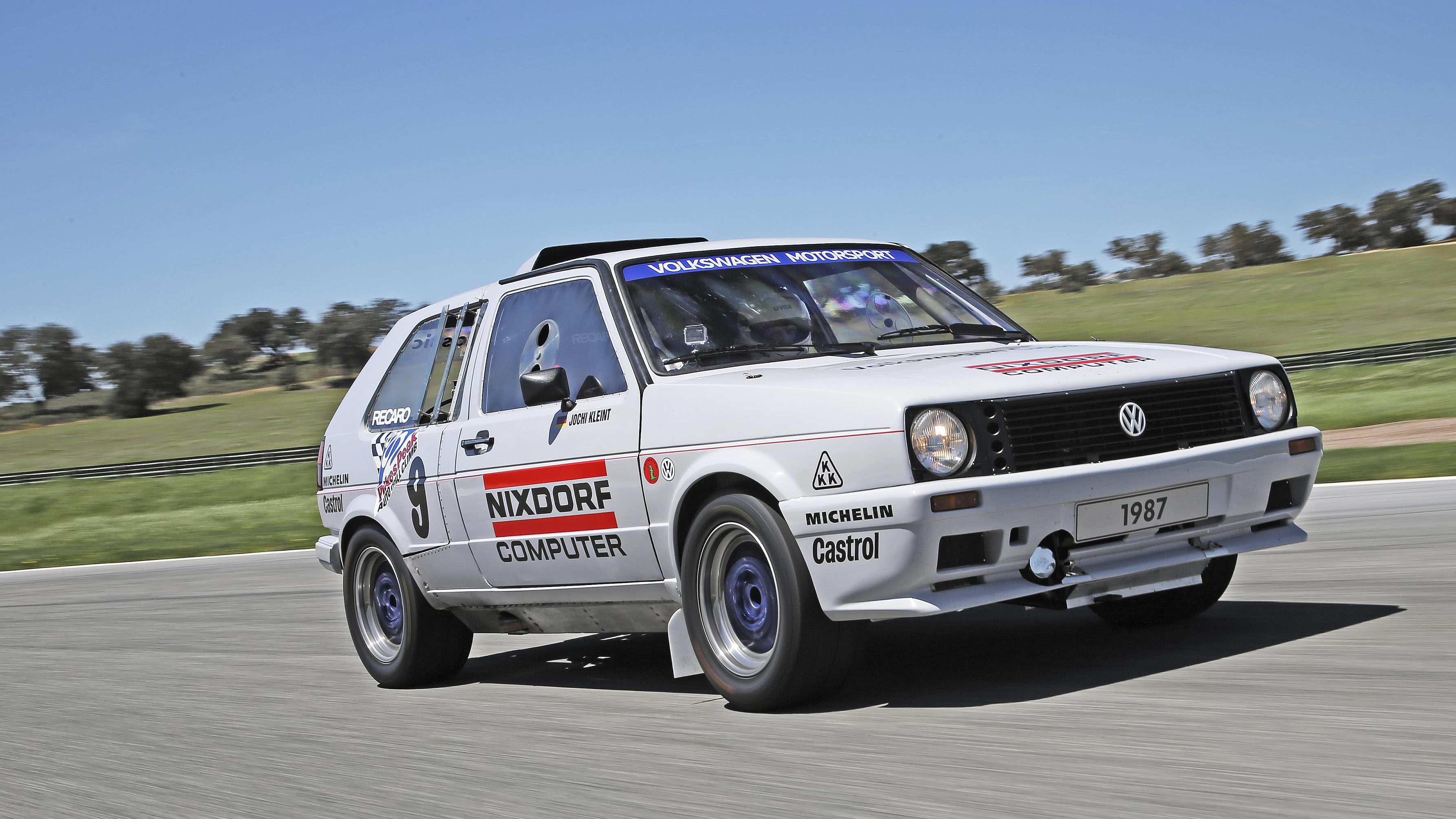 Similarities between the 1987 Twin Golf and the I.D. R are minimal but symbolic, the electric racer also using a motor on each axle for all-wheel-drive traction and boasting a comparable power output and curb weight. The thinner air at the summit won't be an issue for the electric motors in the way it is with internal combustion engines but over the course of the 4,720 vertical feet of altitude gain, downforce drops off by as much as a fifth. Hence wings so big they have to be removed to fit the I.D. R into its transporter. And an oxygen bottle for its driver.

Other specific challenges relating to Pikes Peak include battery temperature — the lithium-ion cells are air-cooled — and the logistical challenges of charging the car "in the field" at the starting line at 9,400 feet. And, no, the generators won't be diesel powered.

Striking the right balance of vehicle weight to battery output and developing energy recovery are two examples of how the I.D. R Pikes Peak will inform road-going EVs. The discovery that 20 percent of the power required to climb Pikes Peak can be generated under braking saves vital pounds. But finding the exact balance of battery output to weight is one of the things to be settled in the two weeks of circuit testing following the unveiling event. From there, Dumas and the team will travel to Colorado and run the course in its entirety. But with just two days of testing and an expectation of 10 practice runs at most, they'll need to have done their homework before arrival in the U.S.

There's at least one less thing to worry about: For all the talk of unfinished business from the Twin Golf's failure in 1987, VW will be glad the 835 hp Sport Quattro raced by David Rowe in 2017 won't be competing against the I.D. R in the Unlimited class this year. With or without Walter Rohrl, the indignity of being beaten — again — by Audi might have been too much. 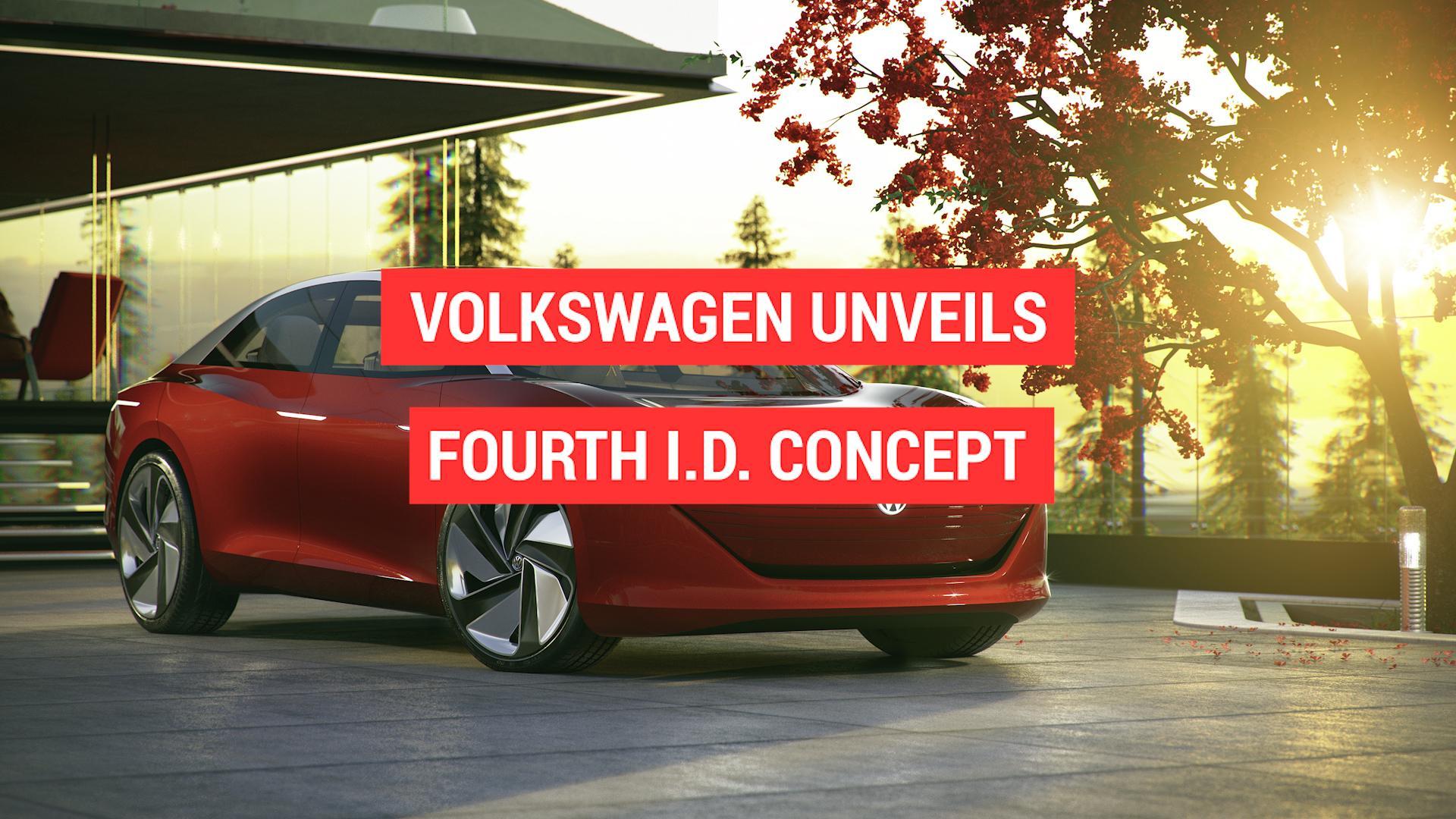