Another first-class ticket booked from Munich to Seoul

Hyundai has poached a third executive for its N high-performance division from the ranks of BMW's M department. Thomas Schemera, a 31-year BMW veteran, will head the High Performance Vehicle & Motorsport Division that Hyundai just inaugurated on March 1. Schemera's job will be to "oversee strategy, product planning, sales and marketing for the new division." He will make the most of the transfer from Hyundai Motorsport to the road cars developed by the N division, and work to boost the brand.

Schemera has the same boss at N that he did at M: Albert Biermann, the first M exec Hyundai snagged in 2015. After Biermann came Fayez Abdul Rahman, installed at the Genesis brand, who had previously developed platforms for the BMW 7 Series, X models, and M vehicles. Rahman spent the last phase of his BMW tenure in charge of M Equipment, M Sport Packages, and BMW Individual. Although he's undoubtedly busy with his VP job in charge of Genesis architecture development, we hear Hyundai plans to develop some kind of "N Sport" appearance and performance items for release later this year — a middle step in the same vein as M Sport and Audi S-line — and Rahman could certainly help.

Schemera brings proven chops when it comes to moving standard and specialty hi-po offerings; as VP in charge of sales and dealer development in China, Schemera oversaw a four-fold increase in BMW and M sales in the four years from 2005-2008. He ended his run as head of BMW M and BMW Individual in the Americas.

Although there's but one N product for sale now, the slate is full, and Hyundai looks ready to spend the time and money to seize every opportunity. 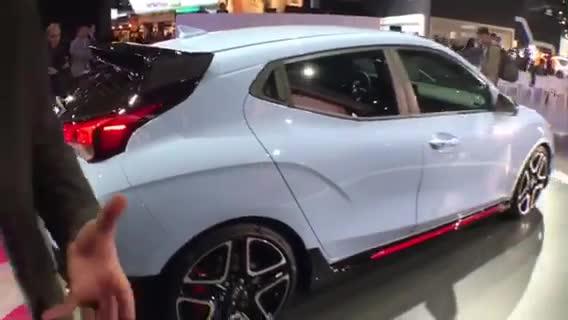