New engine and ProPilot technologies in a sleek package

For weeks, Infiniti has been teasing the Q Inspiration Concept ahead of its official debut at the Detroit Auto Show. Details were absent, but the design was clean, swoopy athletic. Not seeing any tailpipes on the rear end, we hoped it could sport some kind of electrified powertrain, but surmised that Infiniti could take the opportunity to further showcase its variable compression turbocharged engine technology. Now, Inifniti has officially taken the wraps off its Q Inspiration Concept, and has indeed chosen to use the stunning show car to demonstrate "near future applications" of the potent yet efficient VC-Turbo tech.

VC-Turbo made its production debut in the 2019 QX50 at the 2017 Los Angeles Auto Show. Here, in the Q Inspiration, VC-Turbo allows Infiniti designers to make the most of the packaging, taking advantage of the compact powertrain to increase the size of the cabin while maintaining the footprint of a mid-size car. Electric automakers like Fisker, Lucid Motors and the like have been doing something similar with electric powertrains, but Infiniti's VC-Turbo allows the company to do something similar with technology that is ready for primetime, while still bridging the gap to more efficient future powertrains.

VC-Turbo, as we've learned earlier, allows the engine to change and optimize compression ratios on the fly, between 8: 1 for high-performance situations, to 14:1 for maximum efficiency. Mounted to the exhaust manifold integrated in the cylinder heads of the four-cylinder engine is a single-scroll turbocharger. The system, says Infiniti, provides the torque and response of a hybrid or turbodiesel powertrain without sacrificing efficiency. In the Q Inspiration, the power is directed to four wheels via a front-biased all-wheel-drive drivetrain. The system can direct torque to the rear wheels individually as needed.

As a design study, the Q Inspiration is a success. The proportions and lines are sleek and attractive, accentuated by the car's white paint. There's kind of a lot going on up front, with a large "double-arch" grille at the leading edge. Everything behind that, though, looks particularly harmonious. Its elongated cabin and coupe-like dimensions help provide efficiency while maximizing headroom for the four occupants. It's a car that stands up to close inspection, as attention to detail makes it more interesting the closer you scrutinize it, inside and out. 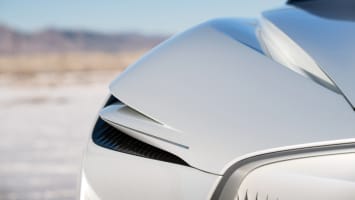 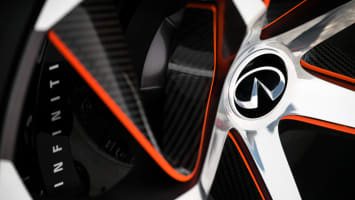 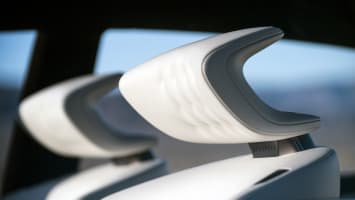 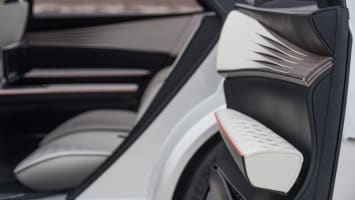 Inside the car, Infiniti strives for elegance through simplicity, providing a clean, comfortable that carries the some of the aesthetic appeal from the outside in. White and black leather with orange accents combines with birch wood trim. Infiniti worked to maximize interior room but minimize noise, providing a calm, comfortable space for passengers. It features a "human-machine interface" in the form of a touchscreen for each passenger, complete with a "meditation-regeneration mode." This mode, Infiniti says, "minimizes the level of information displayed, and offers guided meditation to help occupants leave any stress behind when they start a journey. The car can also monitor passenger biometrics." The screens are also used for individual infotainment.

The Infiniti Q Inspiration Concept also showcases near-future semi-autonomous drive technology, in the form of Nissan's ProPilot. The car uses camera and radar input to support the driver in responding to other vehicles on the road ahead. In this application, ProPilot can automate end-to-end driving, operating and navigating autonomously on multi-lane highways and intersections alike.

The Q Inspiration Concept isn't planned for production. It does, however, offer a glimpse into the technologies we'll see in Infinitis of the near future. We hope that this concept also inspires future design choices, too. 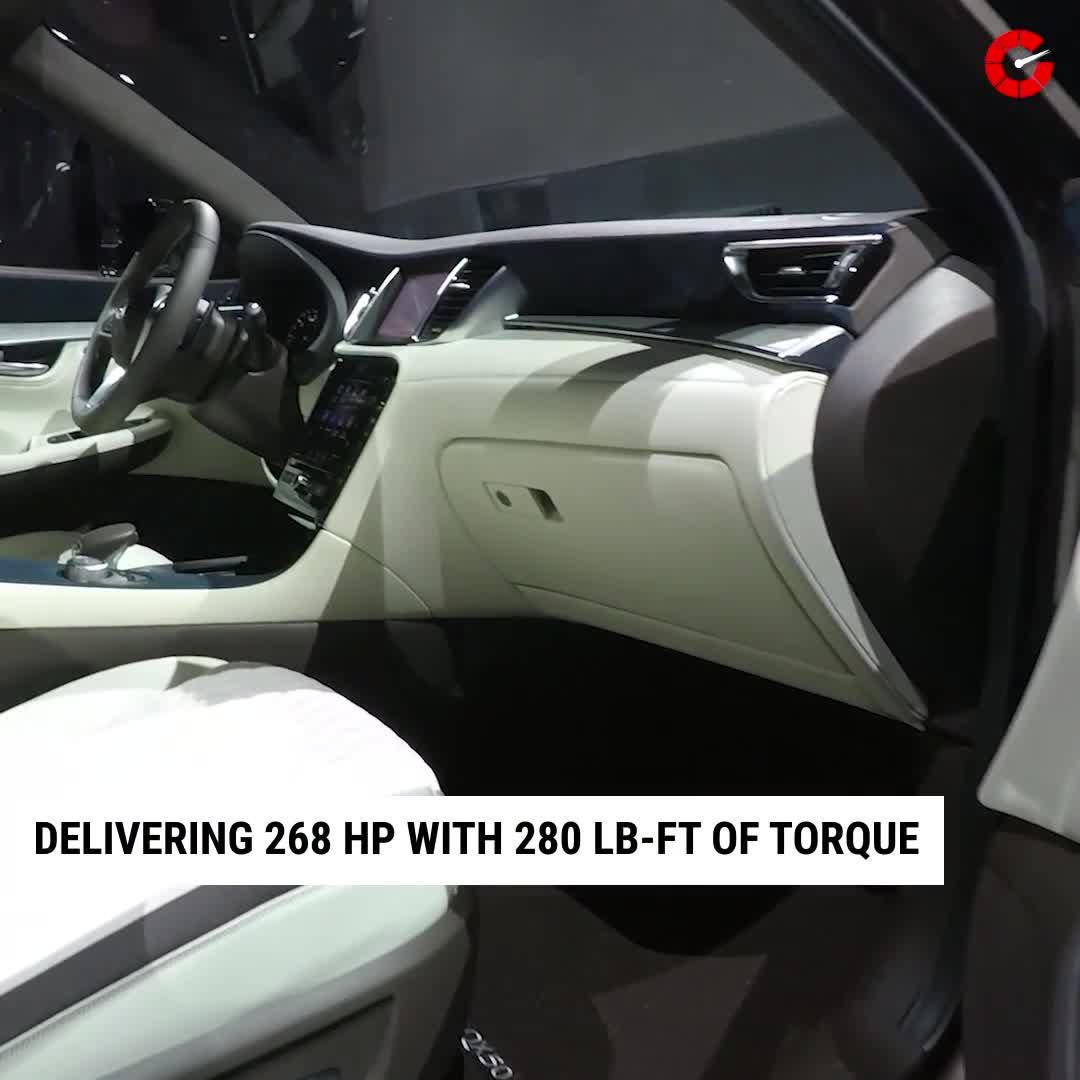