We talk to Lucid Motors CTO Peter Rawlinson and Design VP Derek Jenkins about the car and the company.

Lucid Motors is at the New York Auto Show this week, putting its 1,000-horsepower Air EV on public display ahead of some sort of announcement on Thursday. In addition to its eye-catching design – which we're told is representative of the production vehicles to come – and its phenomenal power, there are quite a few other aspects that should grab the attention of luxury car buyers. We talked with Lucid Motors Chief Technology Officer Peter Rawlinson (who spent time at Tesla as chief engineer of the Model S) and Vice President of Design Derek Jenkins (former Director of Design at Mazda North America) about the car and the future of the company.

The battery pack is developed in-house using cell chemistry co-developed with Samsung SDI. The standard capacity is 100-kWh, with the option of a 130-kWh pack that offers a driving range of 400 miles. Lucid says its battery is engineered to be tolerant of repeated fast-charging, which is expected to help extend its lifespan, and make it "very relevant for intense use cases such as rideshare," says Rawlinson. It's also cleverly packed into unused spaces in the car to maximize usable volume.

Lucid is proud of its electric powertrain, which it developed in house as well, but isn't necessarily interested in keeping it all to itself. The automotive world could benefit from this technology, and Rawlinson tells us Lucid is developing a business to make its powertrain available to other automakers. The current focus, though, is building a great car company and a great car. 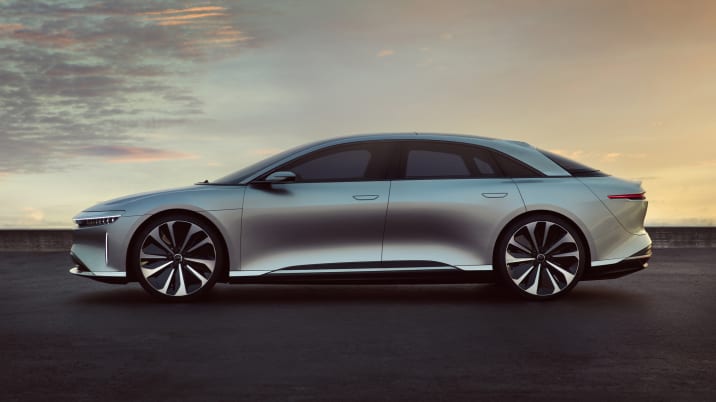 Designing its own electric powertrain, as well as the vehicle around it, allows Lucid to make the most of the available space. "What's really revolutionary about this product is that it's a car that is smaller on the outside and bigger on the inside," says Rawlinson. "And I don't mean just a little bit... it's really transformative." With a mid-size footprint, the Air is more fun to drive, fits easily into a garage, and is easier to live with in the city. It has the interior space of a full-size luxury vehicle, which translates to greater comfort. It also offers 32 cubic feet of total cargo volume from its front and rear trunks combined. That's more than the space behind the rear seats in the Chevrolet Equinox we recently drove, and slightly greater than the Tesla Model S with the rear seats up.

Out of the box, every Lucid Air will be equipped with the hardware for Level 4/5 autonomy — a sensor suite that includes cameras, short- and long-range radar, and lidar. Lucid recently announced a partnership with Mobileye ­– a company that broke ties with Tesla last year – to provide self-driving technology, which will enable Lucid to gather the sort of data that makes autonomous systems more precise. An over-the-air download will provide the necessary software for autonomous driving when the time comes. 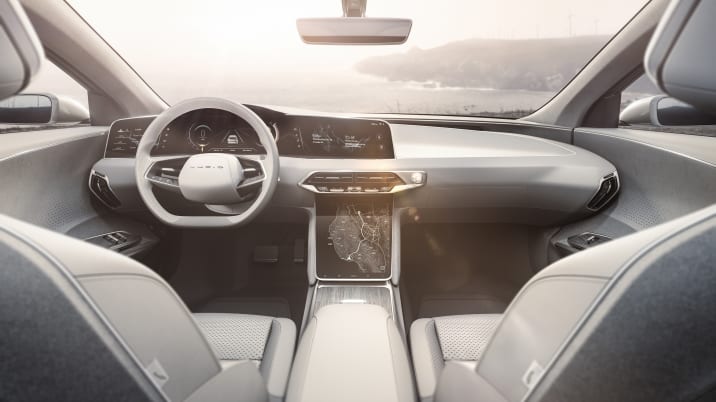 Lucid is pricing the Air at $60,000 (that's before the available $7,500 federal EV tax credit) to make it more appealing to a broader range of luxury buyers, and hopefully win some over from the ICE crowd. At that base price, the Air offers 400 horsepower from a single motor driving the rear wheels. A number of additional features will offer higher levels of luxury and performance for a price. For those who want it and can afford it, the twin-motor Air provides all-wheel drive and 1,000 horsepower. Also available are the bigger battery, glass-canopy roof, reclining executive rear seats, a fully active suspension, and 21-inch wheels. Tick all the boxes, and the top-of-the-line Lucid Air will fetch over $100,000, as will the limited Launch Edition.

Lucid has already begun taking reservations of the Air, and we're told things are going well. "We've been really thrilled with the number of the reservations," Rawlinson tells us, "We can't actually disclose the actual number, but it's surpassed our expectations." The only drawback is that these eager customers have to wait a couple years, as the Lucid Air is slated for production in 2019.

Even though the Air will have autonomous capability, and offers a luxury passenger experience (especially with those executive rear seats, as we were able to confirm seeing it in person at the New York show), Lucid wants to make the Air a great car to drive, not just ride in. It certainly offers an exciting amount of power, and it will do 0-60 miles per hour in 2.5 seconds with a top speed of over 200 mph. Its suspension system, again developed in-house, uses inverted air springs to reduce unsprung weight, and active damping for optimal handling. With its mid-size footprint, Jenkins says it is "very nimble and agile." 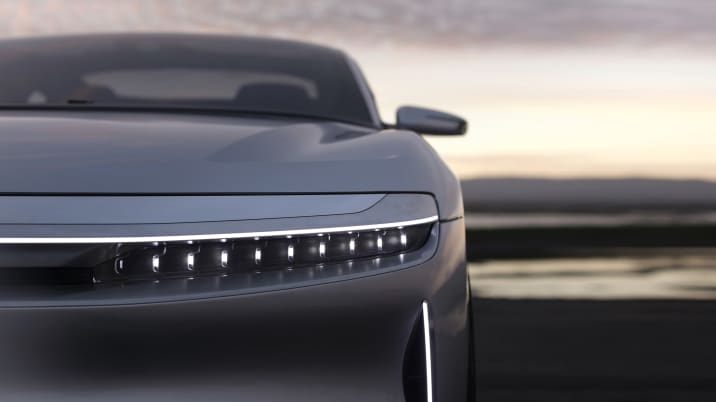 Beyond the zero-emissions powertrain, there are a few other aspects of the Lucid Air that are worthy of a green geek's attention. Lucid is working on sourcing low-impact materials for the interior, including a vegan edition that eschews leather in favor of synthetic materials. Balancing an authentic look and feel with sustainability is a challenge, admits Jenkins, but "that is a big focus for us," he says. The lighting system – developed in-house, of course – uses about half the energy of other systems, and provides a unique look to the Air's face. Furthermore, the car uses a "vortex induction system" for cooling, which also helps to improve real-world drag. Finally, a heat pump moves thermal mass from the battery to heat the cabin.

Lucid is confident in its car and its team. In fact, a number of Lucid employees worked together at Tesla on the Model S. Rawlinson believes that the world has already proven the viability of electric cars. The Lucid Air, he says, signals the next generation, "where we fully extract the potential of electrification in a way that others have failed to do."

As for the future of EVs under the current administration, Rawlinson isn't concerned. "Electric cars can be better than gasoline cars. Lucid Air is a lot better car than the competitive set out there." It doesn't need extra support to take on the likes of Mercedes-Benz, Audi, and BMW. Furthermore, Lucid is an American company, building cars in America, and Rawlinson believes that "this will resonate with the current administration because that means new jobs for America." 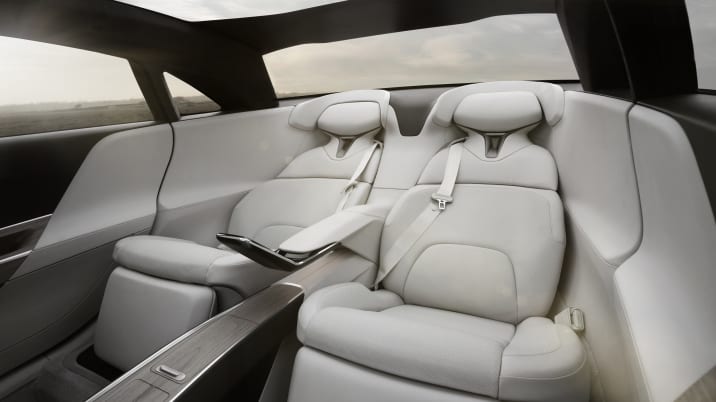 Lucid has secured a factory location in Casa Grande, Arizona. The first phase will cost about 240 million, and production capacity will be limited to 8,000 to 10,000 units in the first year to ensure the production process is up to snuff. Lucid will increase capacity in coming years, eventually targeting a "conservative" 50,000 units per year. By 2022, Lucid plans to invest a total of 700 million in the facility.

The Air is just the beginning. Following its launch in 2019, Lucid is looking at a number of possibilities for future vehicles. The obvious starting point would be to see what else can be done with the Air's platform, Jenkins tells us, and the company is considering a crossover as its next EV.

Finally, for any Edna fans out there (for those who don't know, Edna was the van used to test the electric powertrain when Lucid Motors was still called Atieva), don't expect to see much more come from her, as she's mostly outlived her usefulness as a development tool now that Lucid has actual Air prototypes to test. Don't worry, though. She isn't going to the glue factory. "Edna's much loved," says Rawlinson, and the company plans to keep her around.