Low-key PHEV is another veiled threat to Prius loyalists.

CULVER CITY, Calif. — A cloak of invisibility envelops the 2018 Kia Niro Plug-In Hybrid everywhere it roams in Los Angeles. In Southern California's major cities, plug-ins and electric vehicles line the driveways and clog the freeways like nowhere else in the United States. And every time a new EV/FCV/HEV/PEV/PHEV/ZEV hits the streets (eco-minded drivers loves acronyms), it's ostensibly competing for attention.

But the Niro PHEV, which is set to launch imminently in major markets across the United States, isn't looking for attention. It's the most recent, under-the-radar jab at the Toyota Prius family from the South Korean manufacturer interested in stealing market share. 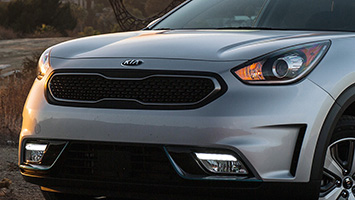 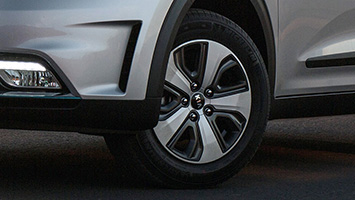 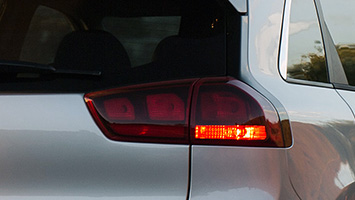 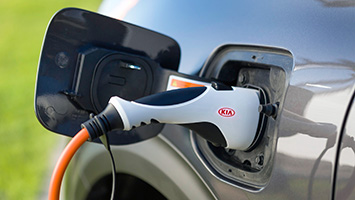 If Kia aimed for the Toyota Prius with the traditional Niro hybrid, it shot dead-on at the EV attributes of the Prius Prime plug-in when developing the Niro PHEV. Like the Prius Prime, the Niro PHEV has an all-electric range of 26 miles. Its 3.3-KWh onboard charger is exactly the same strength as the Toyota's. And both plug-ins take about three hours to fully charge on a Level 2 (240V) charger. (Plug it into a grounded household outlet for an overnight recharge.) Those are hardly class-leading numbers, but theoretically enough to satisfy the demands of around-town driving. The similarly priced Chevrolet Volt offers twice the electric range, as does the larger Honda Clarity Plug-In Hybrid.

What you get with the Niro PHEV, in essence, is a Niro that's ideal if you have overnight access to EV charging. We won't rehash the details of how the Niro looks inside and out — for that, check out our First Drive here — since it's nearly identical to the cordless model. Beyond "hybrid blue" accents on the exterior, it's tough to distinguish the newest Niro from a distance. The interior is nearly identical, as well, and no trunk space was sacrificed by the large, 8.9-kWh battery that sits underneath the cargo hold. And the total system power of 139 horsepower, no different than the Niro, means that this is more of a dragstrip challenger for a Prius than, say, the much quicker Chevrolet Bolt. 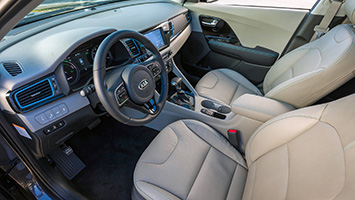 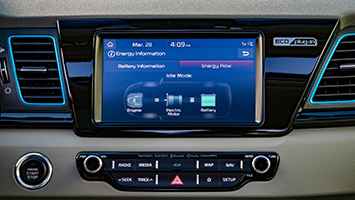 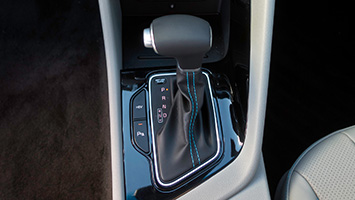 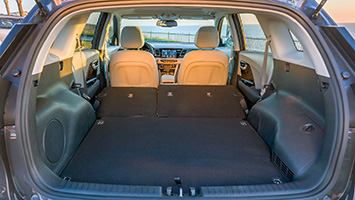 An unexpectedly altruistic feature is the ability for the charge port to automatically unlock once the Niro PHEV reaches a full charge, allowing other EV drivers to safely unplug the Kia and sip electricity for themselves. Those thirsty drivers will need to be well-read about the Niro PHEV, however, to know this capability exists; the car offers no explicit indicators.

For good measure, we decided to leave the flatlands of Orange County for the challenging hills of Malibu: a distance of about 70 highway miles. By the time we set out, the Niro PHEV's battery was all but depleted from the previous day's driving. You go through those 26 miles of all-electric range quickly. Without the assistance of a fully charged battery, we struggled a bit in passing maneuvers, although the Niro PHEV happily cruised just above the speed limit. Technically, the Niro PHEV offers two drive modes, Eco (default) and Sport (selectable via gear lever), and two modes to use and recharge energy: Hybrid and EV. Unlike some plug-ins, there is no "hold" mode or an aggressive battery recharge setting. Once you've consumed the juice, there's no instant recharge.

After about an hour of stop-and-go traffic, crisscrossing Southern California's freeway labyrinth, we reached the Malibu canyon roads and pushed the gear lever over to Sport mode. The Niro PHEV may not be made for twisty roads, but it hardly balked at the challenge. Making the steep, 2,000-foot ascent to the top of the road heavily drained the electric reserve power, but a light touch and surprisingly heavy regenerative braking returned 5 miles of all-electric range at the bottom of the hill. Body roll was minimal, and the eco-friendly Michelins didn't squeal as much as expected, based on experiences with similarly equipped vehicles. 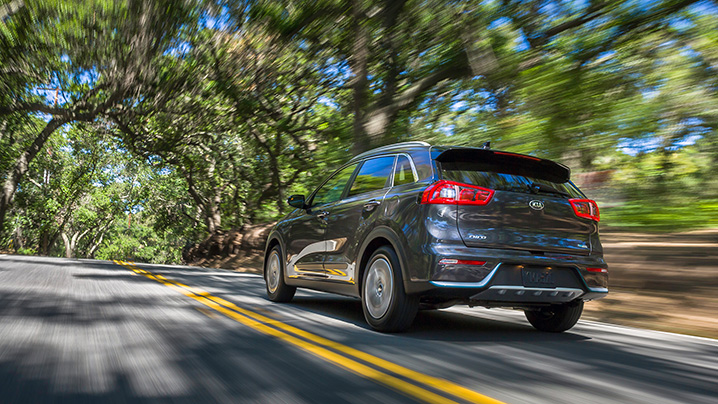 "We're trying to change the perceptions of plug-ins, in general," Niro product manager Garrett Ono told us. "Niro was built to be a dedicated, electrified platform."

On Ono's wish list for future Niro variants? Higher ground clearance, a sportier version, and greater utility. At 6.3 inches off the ground, the Niro PHEV doesn't qualify as an SUV by CAFE standards — something that could prove useful to Kia, as it plans to make plug-in hybrids part of a larger strategy that also includes fuel-cell vehicles.

At the end of the day of driving, all of these characteristics made sense for the understated, confident Niro PHEV. Without substantially more electric range than the competition, it may not advance the game for plug-in hybrids, but it does sweeten the deal for the likable Niro. Factor in local rebates, credits, and incentives, and it could make even more sense than the Niro that can't be plugged in. You won't be competing for attention — just charger access, and even then only occasionally. 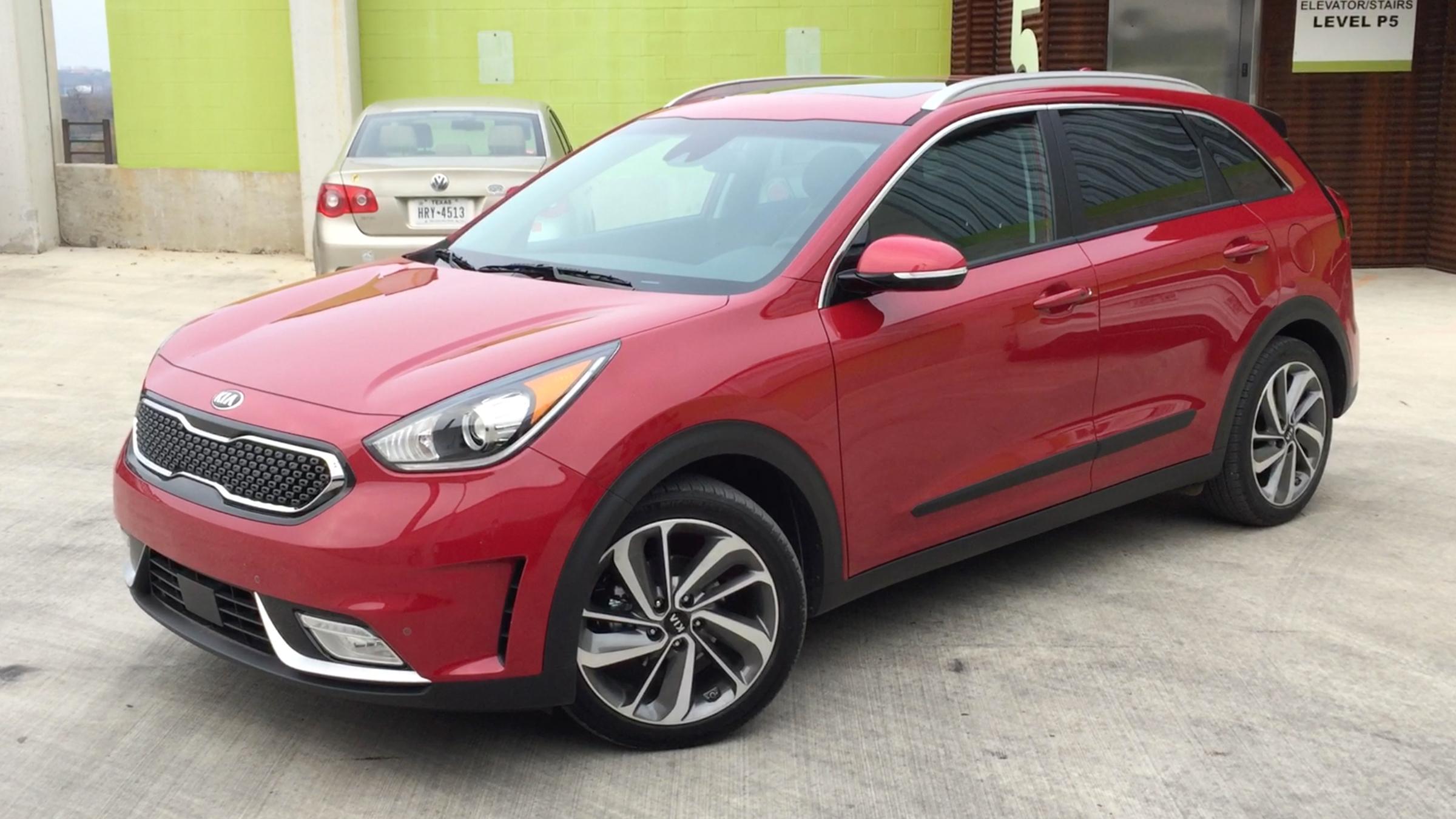