Mid-1970s Cheetah looked like a Meyers Manx buggy on steroids that ate Jeep CJ-7s for breakfast.

The recently-revealed Urus isn't Lamborghini's first SUV. The LM002 pioneered the super-4x4 segment when it made its debut at the 1986 Brussels Auto Show. Tracing its history requires traveling to the mid-1970s, when Ferruccio Lamborghini sold the automaker that he founded and retired in the countryside to hunt and make wine. The new owners had practically no experience in building cars. Instead of expanding the lineup, they sought to land engineering and production contracts.

Lamborghini teamed up with an American defense contractor named Mobility Technology International (MTI) to create an off-roader for the United States Army. The partnership spawned a vehicle named Cheetah, unveiled at the 1977 Geneva Auto Show.

The Cheetah looked like a Meyers Manx buggy on steroids that ate Jeep CJ-7s for breakfast. The shape of the body gave it unusually high approach and departure angles, while the flat body panels facilitated the task of installing body armor. 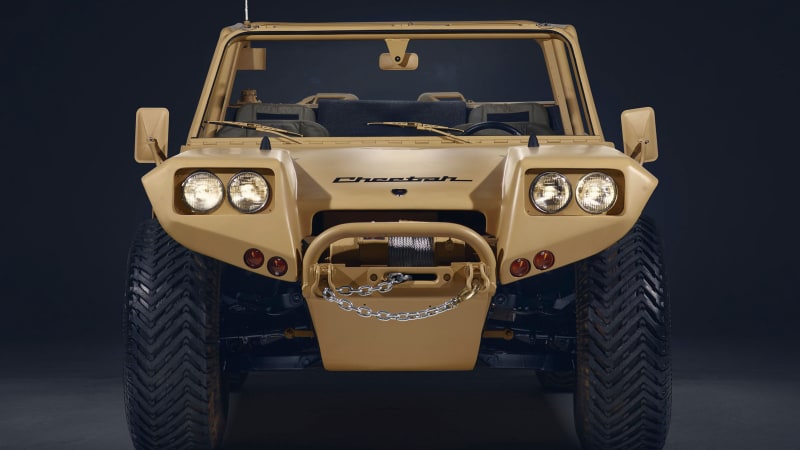 "Like the cat for which it is named, this high-performance vehicle has explosive acceleration, high speed and sure-footed agility over virtually all terrain," a period brochure claimed. The Cheetah could certainly tame Mother Nature's worst side, but the brochure exaggerated its performance credentials. Power came from the same 5.9-liter Chrysler 360 V8 engine found in Dodge's D-Series trucks. Lamborghini mounted it in the back, and its 183-horsepower rating contributed to a woeful power-to-weight ratio. The eight-cylinder spun all four wheels via an automatic transmission also found on Chrysler's parts shelf.

Lamborghini didn't secure the Army's contract. The automaker stood on the brink of collapse. An Italian court took control of the company after it filed for bankruptcy in 1978, and a Swiss entrepreneur later came to the rescue. The new management saw an immense amount of potential in the Cheetah and relaunched the project.

Decision-makers spotted an opportunity to enter the burgeoning leisure vehicle segment. Notably, they identified a market for a Cheetah-like car in the Middle East, where a Countach was unpractical at best and a Nissan Patrol was far too pedestrian for oil barons.

Lamborghini unveiled a prototype named LM001 at the 1981 Geneva Auto Show. It took the Cheetah concept a step further with an updated look, though it retained the rear-mounted engine. Built as a development mule, it illustrated the limits of a rear-engine off-roader.

Another prototype, named LMA002, broke cover at the 1982 Geneva show, and it was much closer to production. It ditched the Chrysler V8 to adopt a Lamborghini V12, plucked from the Countach and dropped over the front axle. Moving the engine required redesigning the entire front end and the chassis. Inside, Lamborghini installed a satellite navigation system built using technology found on boats.

It took another four years of fine-tuning before Lamborghini unveiled the production LM002. The overall silhouette remained roughly the same, but the design had evolved. Lamborghini offered buyers several à la carte trim and upholstery choices, a trend now common in the ultra-luxury segment. 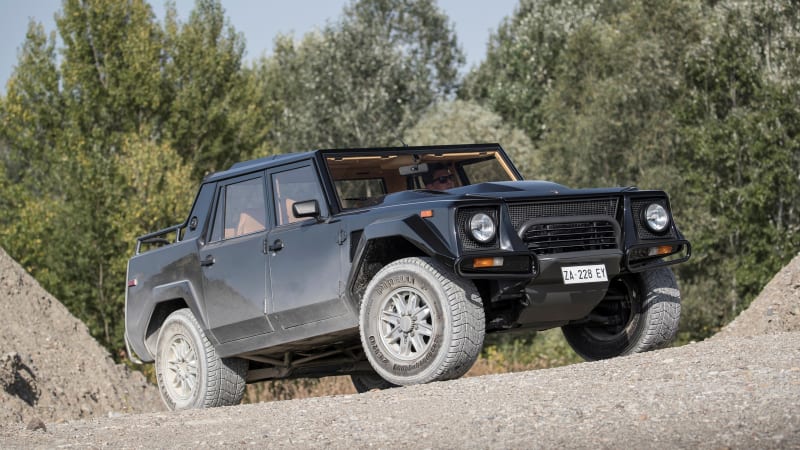 The LM002 used a 5.1-liter V12 borrowed from the Countach Quattrovalvole and tuned to provide 450 horsepower at 6,800 rpm. It performed the benchmark 0-to-62-mph sprint in 7.8 seconds, an impressive statistic for a vehicle that weighed nearly 6,000 pounds. Given enough tarmac it could reach 130 mph in fifth gear, and it could hold its own off-road thanks to a two-speed transfer case and three self-locking differentials. Lamborghini couldn't find suitable tires, so it asked Pirelli to design a set from scratch.

"There were no rivals on the street for this kind of vehicle," remembers former Lamborghini test driver Cosimo Nasole. This was before the Cayenne was even a twinkle in the eye of Porsche's product planners.

The LM002 was in a class of its own when it came to luxury, power, image and even size. It consequently ended up in the garage of big names such as Sylvester Stallone, Keke Rosberg and King Hassan of Morocco. Lamborghini built approximately 300 LM002s in its Sant'Agata Bolognese, Italy, factory between 1986 and 1992.