The old-school Navigator is now the brand's most competitive model.

This is Lincoln's flagship. It's the most luxurious, comfortable and expensive vehicle the brand sells. It's quite obviously the biggest and heck, like every Lincoln flagship of yesteryear, it even features body-on-frame construction. Crucially, though, this all-new 2018 Lincoln Navigator is also very good. It's distinctive, capable, and competent in ways that will stand up well in the upper echelon of the SUV hierarchy. And we'll get this out of the way now: it's far superior to its primary competitor, the Cadillac Escalade.

And yet, the Navigator's flagship status is a comeback story. It wasn't too long ago that it was a black sheep confined to the distant back row of Lincoln family promotional photos along with the Town Car and a fichus added for decoration. It was never given one of the new-fangled MK names, and its V8-powered, truck-based status made it a thirsty dinosaur at a time of rising gas prices and an increasing number of crossovers. Livery services bought them in black-painted droves, but it was otherwise forgotten even as a substantive refresh for 2015 arguably made it a better, more practical bet than its Caddy nemesis.

Like its predecessor, and indeed every Navigator since the second generation dawned for 2007, the third-generation 2018 model features an independent rear suspension rather than the live axle in GM's SUVs. First and foremost, this reaps benefits for those sitting in the third row. Full-sized adults enjoy an abundance of room back there on par (or perhaps even better) than a minivan. There's a USB port on each side, the seatbacks power recline and its three seat belts allow for an eight-passenger max. There's even enough room behind the raised third-row for creatively stacked suitcases. 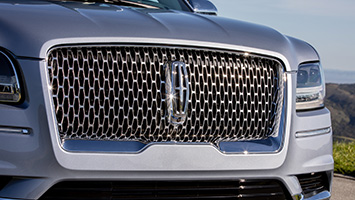 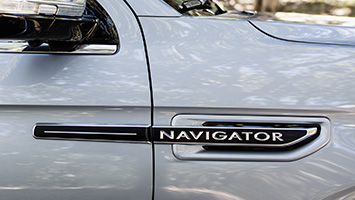 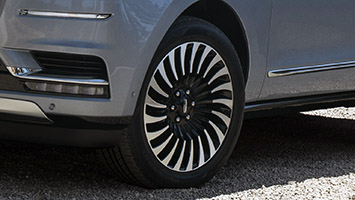 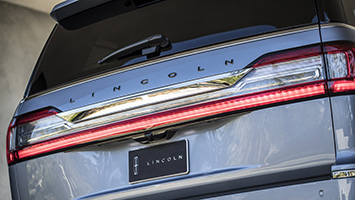 Compare this to a regular-wheelbase Escalade with its third row stuck to the sky-high floor; its occupants' knees jammed against the second row and/or stuck into their own chins. It's a wasteland back there, but to be fair, not much worse than an Infiniti QX80 or Lexus LX 570. Yes, the extended-wheelbase Escalade ESV helps, but there's still less space than the standard Navigator. In fact, the Navigator L model offers the exact same third-row – only the cargo area behind it expands.

That rear suspension also pays dividends in the ride and handling department. In conjunction with electric power steering that provides consistent, appropriate and reassuring weighting, the Navigator doesn't feel like an ancient cumbersome truck like most of its competitors do. For something that weighs about 5,800 pounds (its aluminum body shaves about 200 pounds from the previous model), the 2018 Navigator was able to maintain a reasonable clip through the mountain roads south of Orange Country, Calif., where we got our first drive behind its leather-wrapped wheel.

Lincoln was eager for us to try the Navigator's various new driving modes (a combination of the familiar normal/eco/sport drive modes and a variety of off-roading/slippery weather modes), but we struggled to detect any differences in the optional adaptive suspension. This stands in sharp contrast to the Lincoln MKC, for instance, where the differences are some of the greatest found in any car. "Comfort" could easily be rechristened "Land Yacht." 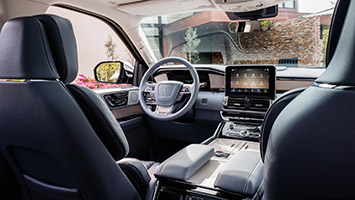 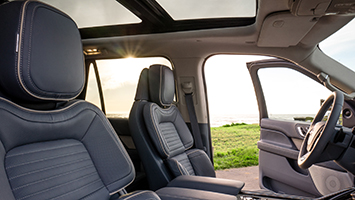 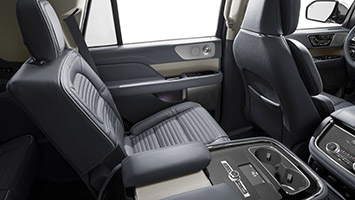 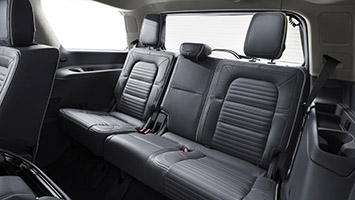 That's never the case with the Navigator's ride, which ultimately disappoints. True, the independent rear eliminates truckish crashing and jiggling over bumps, but there was an omnipresent nervousness over what seemed to be perfectly acceptable pavement. The guilty party is likely the 22-inch wheels fitted to every Navigator but the base Premiere trim. A switch to smaller wheels and therefore more sidewall may be anathema to a segment dominated by the Escalade, but it would likely result in a more pleasant vehicle. It's that, or adopt the sort of four-corner air suspension that manages to work so well in big-wheeled Range Rovers and others.

There's no such disappointment under the hood, where a 3.5-liter turbocharged V6 producing 450 horsepower and 510 pound-feet of torque is paired to a 10-speed automatic. If all that seems familiar it's because you last read it in reference to the Ford Raptor. That's as cool and quick as it sounds, as the Navigator rushes forward with a smooth, torquey ease free of its competitors' truckish V8 roar. Given its slightly greater weight of 5,855 pounds, a 0-60 time south of 5.5 seconds seems reasonable.

That capability could be a reason to stick with the Navigator's Ford sibling, but you'd be giving up a lot elsewhere, most notably inside. Quite simply, this is the finest interior Lincoln has created in a half-century. It delivers stylistically where the Continental anonymously faltered, boasting a distinctive design put together using elements of a higher quality than we've come to expect from Lincoln. The switchgear in particular has been elevated far above the disappointingly plasticky Continental and the number of obvious Ford parts bin items is kept to minimum – we really only spotted the trailer brake controller from an F-150, which seems perfectly reasonable.

This was the case in both the mid-grade Navigator Reserve trim we tested ($82,400) and the top-of-the-line Black Label ($96,650), though the latter certainly puts on the much better show. It features supple leather on the dash and doors (versus pleather), upgraded leather on the seats (the same 24-way "Perfect Position" seats introduced on the Continental), special decorative trim and an elevated customer service experience. You also get a choice of three "environments," which go well beyond the usual black, grey or beige selections found in other Navigators and just about everything else out there.

The white-and-brown "Chalet" is unremarkable, but "Yacht Club" and "Destination" environments make you want to dress up like Don Draper just to be seen in them. We spent our time in the environment dubbed "Yacht Club." Featuring a classy and distinctive pale blue showcased in the Navigator Concept, it evokes the Mid-Century Modern era that Lincoln and Mr. Draper thrived in without being hopelessly retro. The subtly classy Lincoln emblem added to the passenger-side dash is particularly cool, as is the white teak trim that adds a touch of modernity (as do the standard 10-inch central Sync 3 display and strikingly minimalist all-digital gauge display). 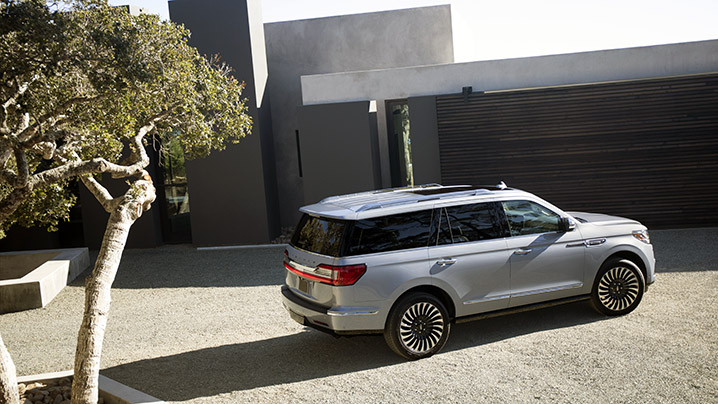 "Destination" might be the classiest of the bunch, though, with its deep, rich red leather accented with a crème/gold color in its stitching and the tiny dots in the accompanying red "Khaya" veneer trim. There's also a distinctive textured dash leather, which Navigator chief program engineer Andrew Kernahan indicated was the greatest technical challenge his team faced in creating the Navigator cabin.

The Black Labels look and feel special, making the nearly $100,000 price tag for a Navigator seem far more justified than the rather laughable, similarly priced Escalade. However, the same can be said for lesser, cheaper versions. Perhaps the Navigator lacks the refinement of a Mercedes-Benz GLS-Class or a Range Rover – there's still a bit too much noise along with the aforementioned ride – but given its space, performance, style and enormous features list, this is a Lincoln flagship that can finally compete with the big boys. 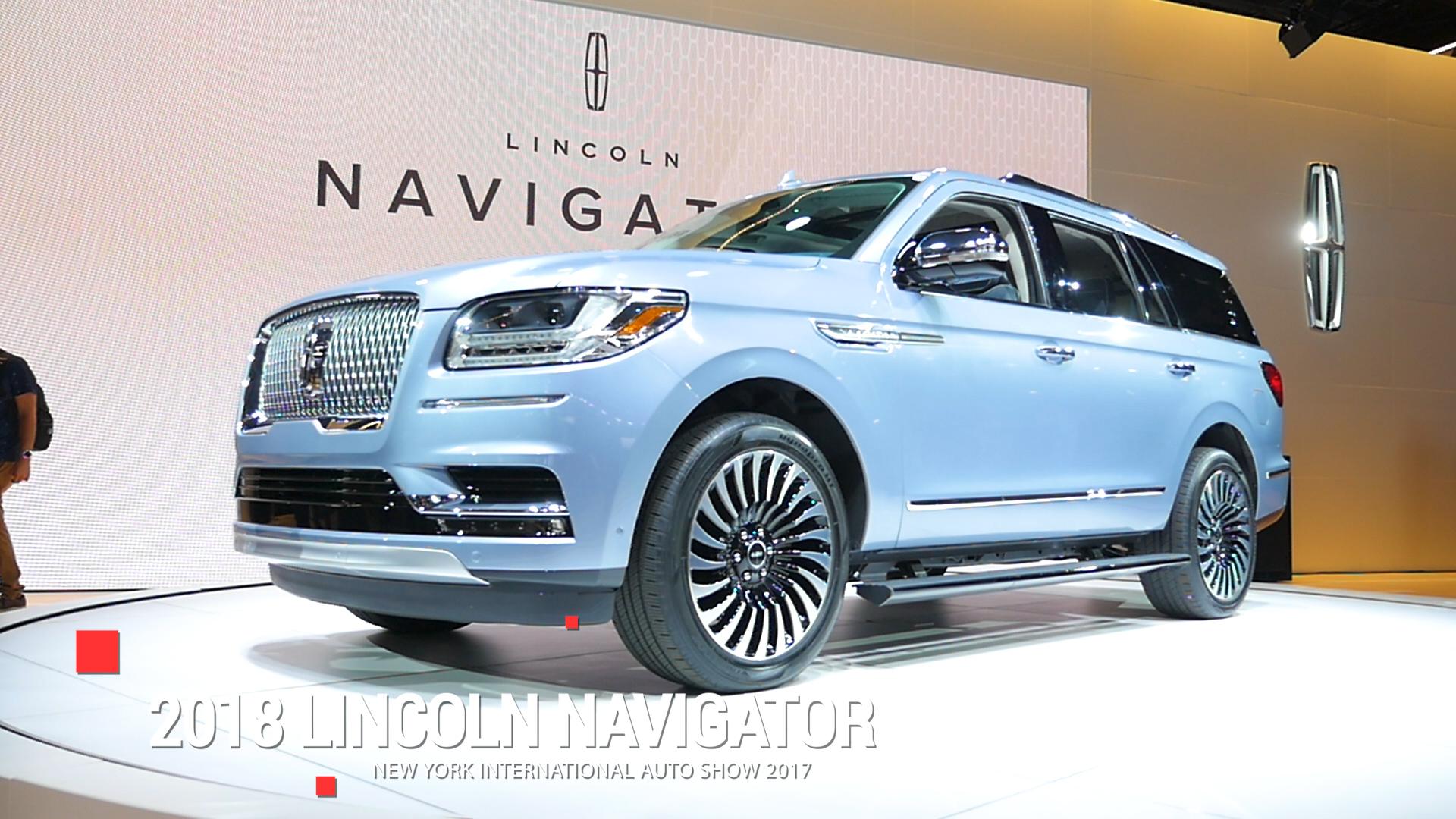