In 1986, Plymouth shoppers could choose between two totally unrelated econoboxes. Chrysler imported quite a few Mitsubishis and sold them as Dodge and Plymouth Colts, but the Colts of the 1980s had to compete with the Plymouth Horizon and its Dodge Omni sibling. Based on a Chrysler Europe design, production of the Plymouth Horizon ran in virtually unchanged form from the 1979 through 1990 model years. A simple, cheap econobox, the Plymouth Horizon sold well enough, but was such a disposable car that very few remain today. Here's one that lasted long enough to end its days in a California wrecking yard at age 31. 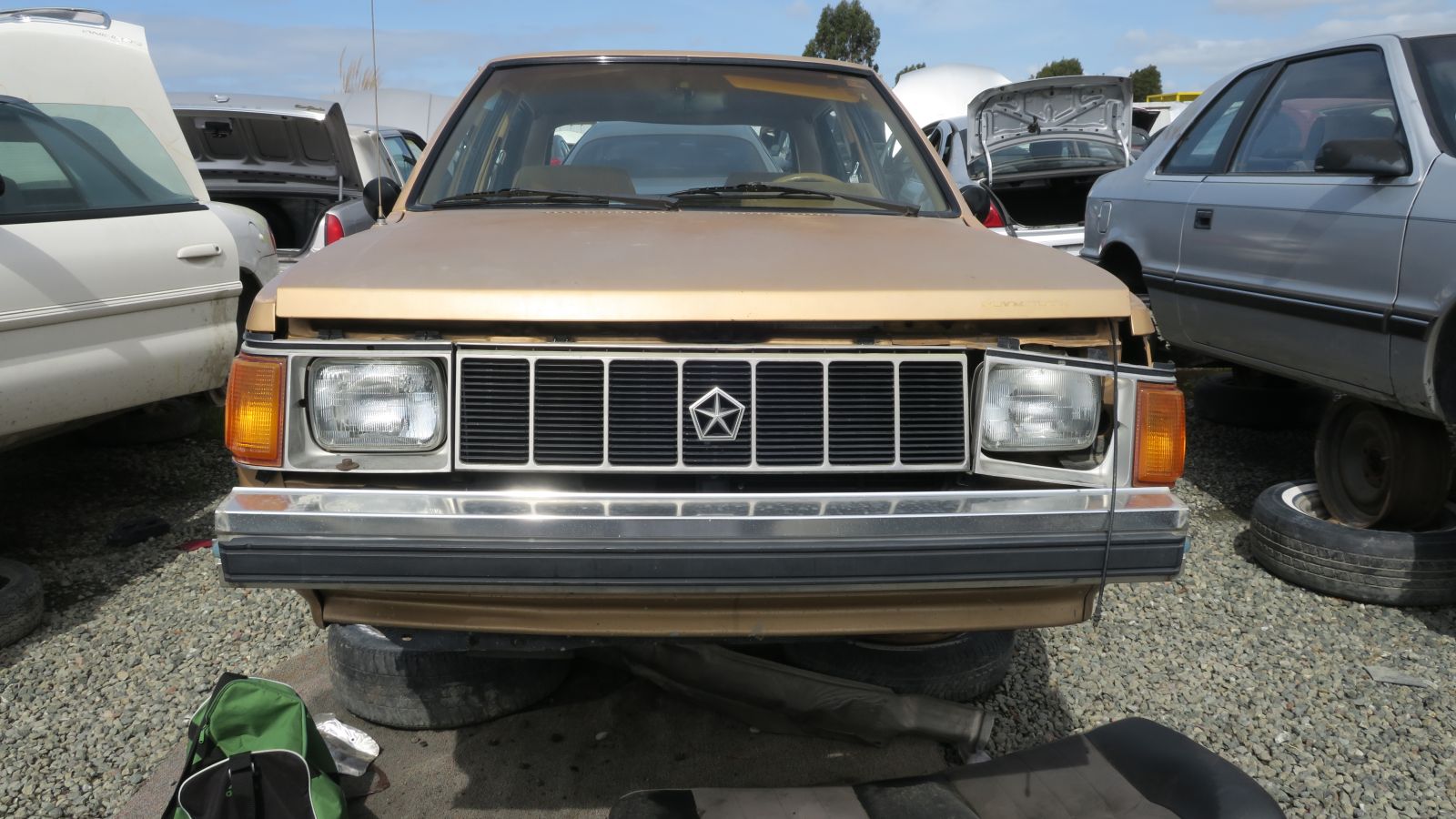 The genealogy of the Omnirizon gets a bit tangled when you go back far enough; the car is based on the chassis design of the 1975 Simca 1307, though by the time it got to Detroit it had evolved considerably. Chrysler was desperate for an American-built economy car during the late 1970s, and the Omnirizon got the job done. 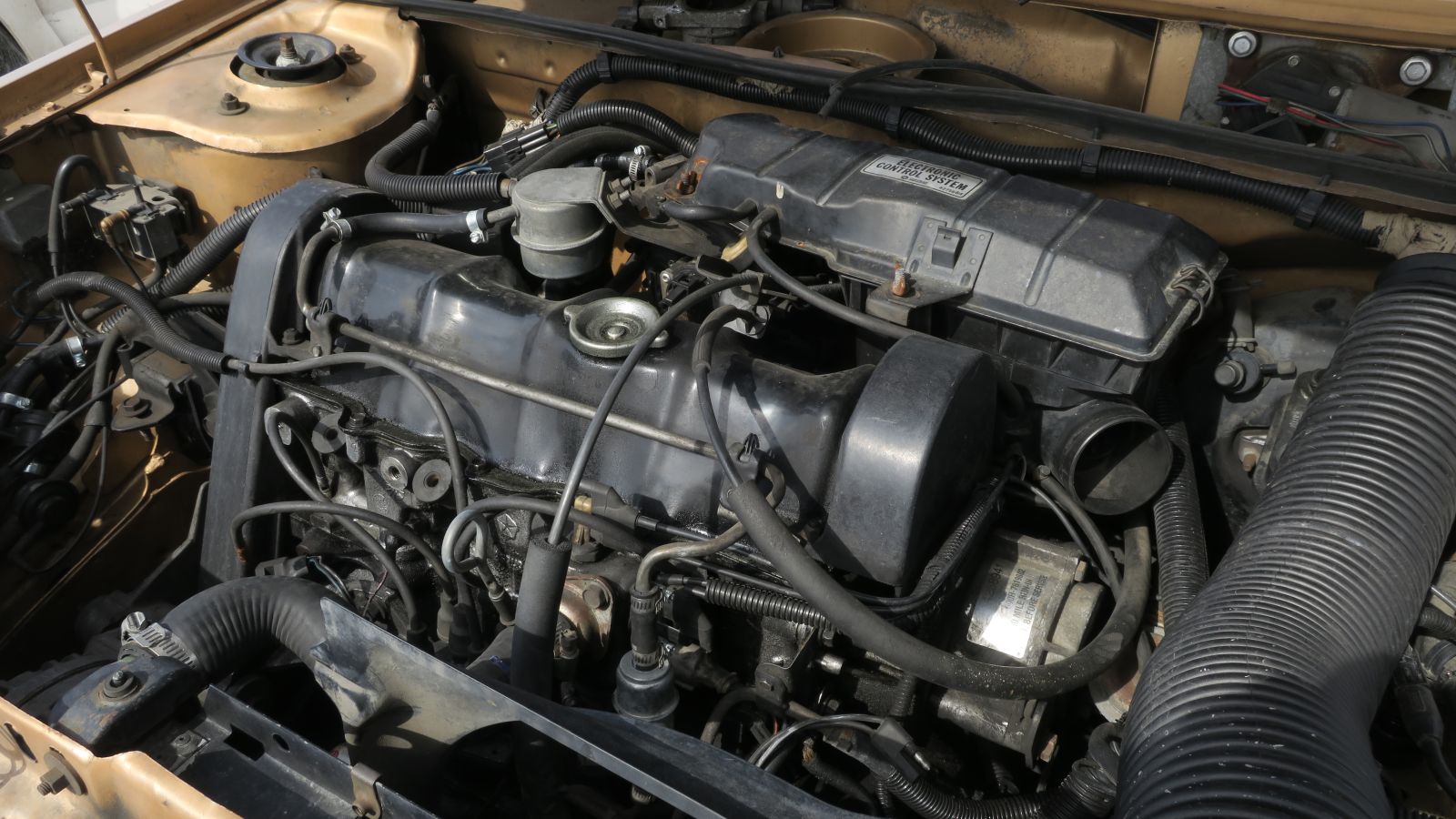 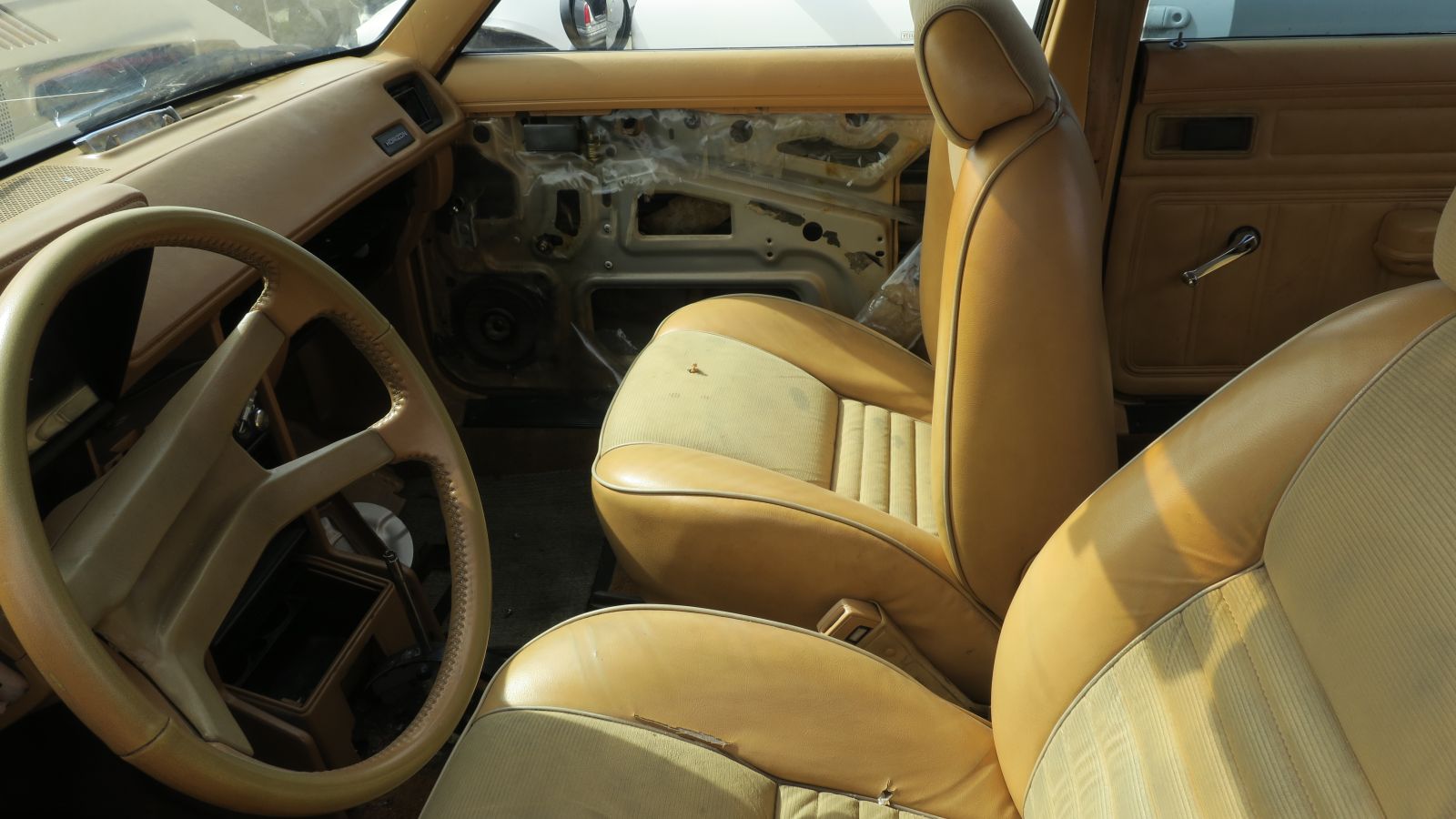 The ' 86 Horizon weighed a mere 2,100 pounds (about the same as a 2017 Mitsubishi Mirage), and so 96 horsepower made it peppy enough by mid-1980s econo-commuter standards. The interior is right out of the Slippery Plastic With Fake Stitching™ playbook, but nobody bought an Omnirizon for the luxury. 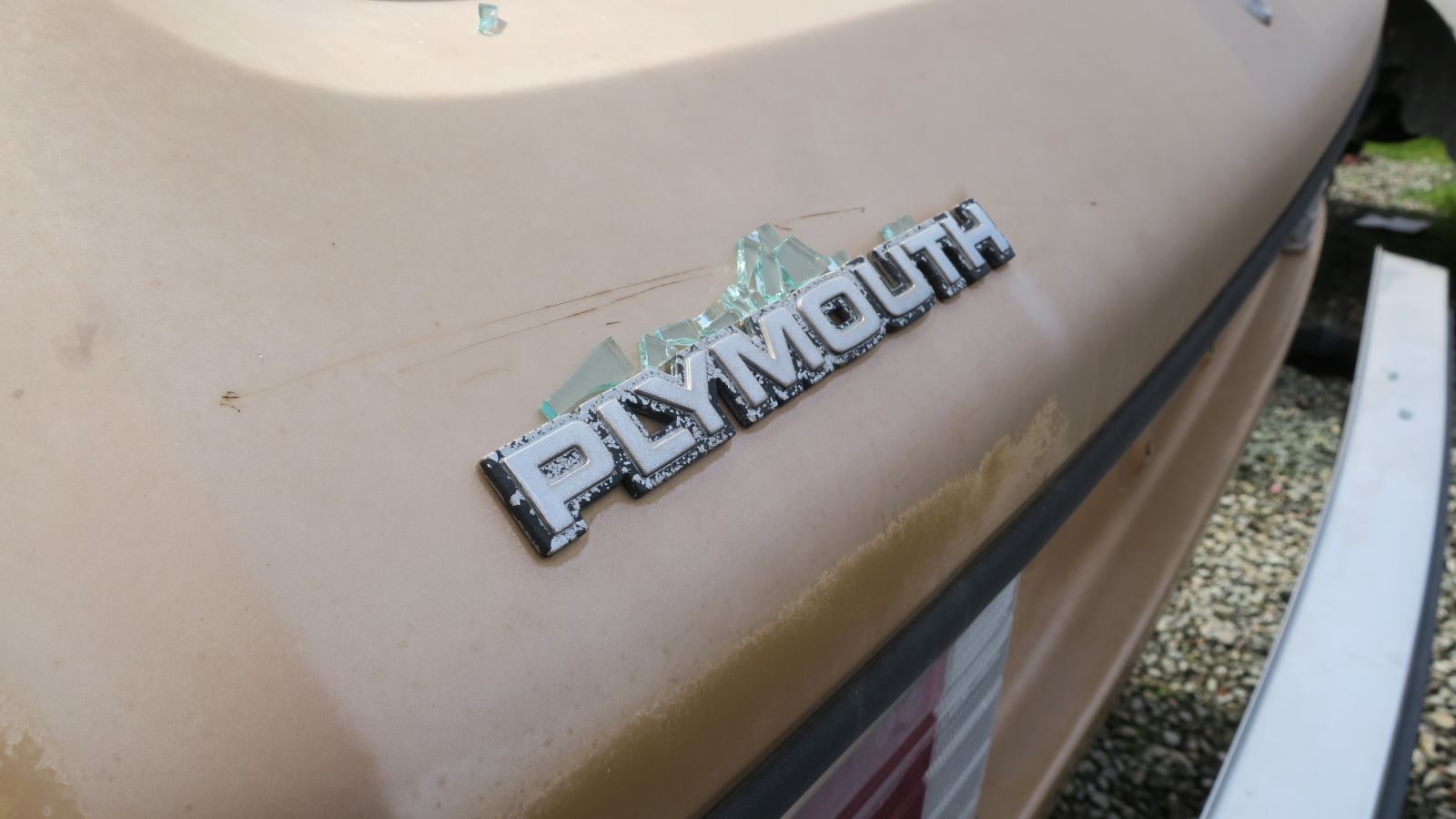 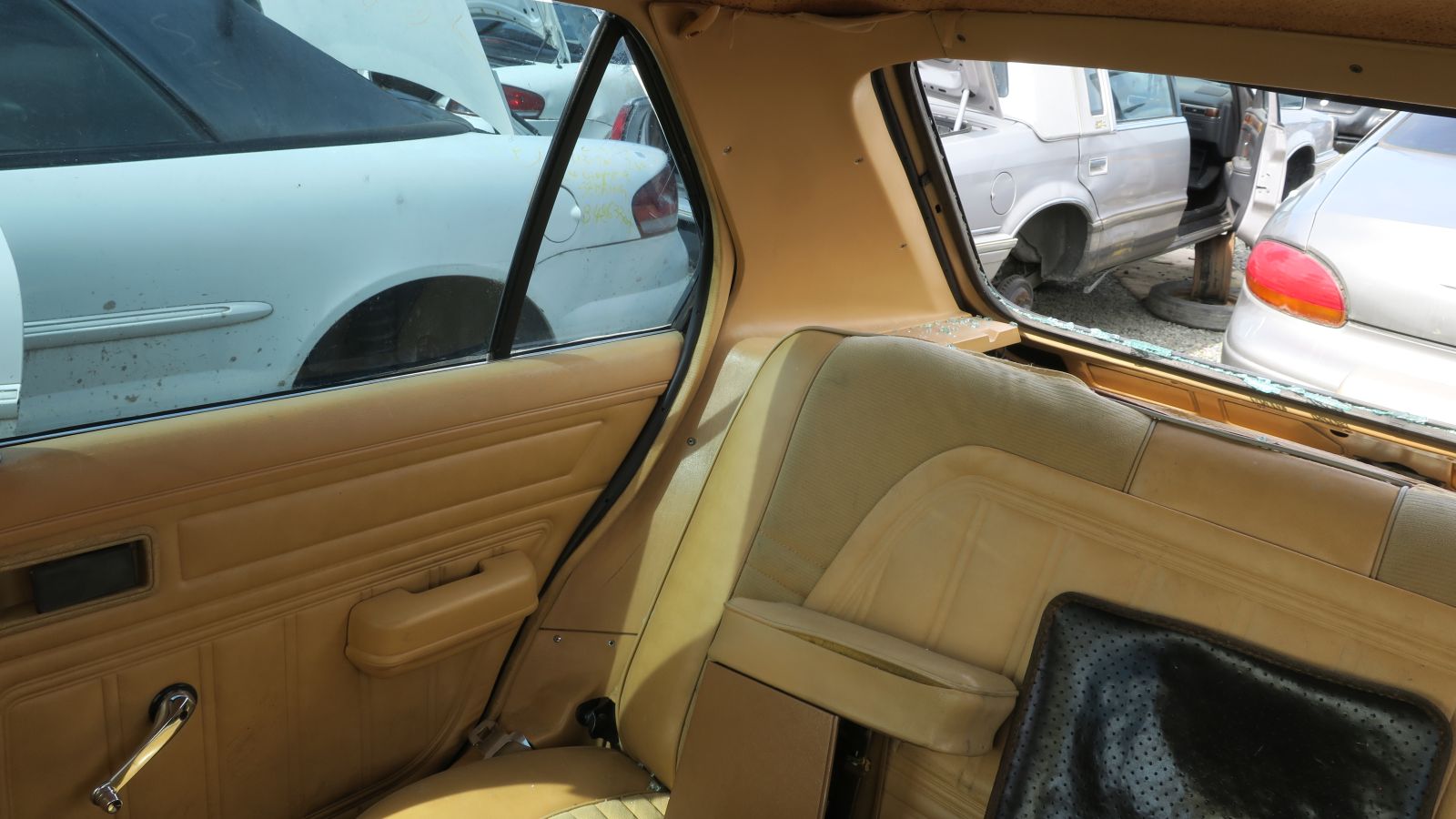 Even by 1986, the Omnirizon was showing its age (though not as much as the amusingly obsolete Chevrolet Chevette, which was sold through the 1987 model year). Still, it remained sufficiently relevant to sell in decent number for another four years.

The pride is back!