The super-sized Atlas isn't the three-row VW should build

Following the market is the opposite of what made VW's historical successes.

In the late '50s and early '60s the Volkswagen Beetle wasn't ubiquitous in my hometown of Lincoln, Nebraska, but it came pretty damn close. Fords and Chevys dominated, but beyond the occasional MG, Triumph, or Renault the import scene was essentially a VW scene. When my folks finally pulled the trigger on a second car they bought a Beetle, and that shopping process was my first exposure to a Volkswagen showroom.

For our family VW love wasn't a cult, but our '66 model spoke – as did all Volkswagens and most imports at the time – of a return to common sense in your transportation choice. As VW's own marketing so wonderfully communicated, you didn't need big fins or annual model changes to go grab that carton of milk. Or, for that matter, to grab a week's worth of family holiday. In the wretched excess that was most of Motown at the time, the Beetle, Combi, Squareback, and even Karmann Ghia spoke to a minimal – but never plain – take on transportation as personal expression.

Fifty years after that initial Beetle exposure, and as a fan of imports for what I believe to be all of the right reasons, the introduction of Volkswagen's Atlas to the world market is akin to a sociological gut punch. How is it that a brand whose modus operandi was to be the anti-Detroit could find itself warmly embracing Detroit and the excess it has historically embodied? Don't tell me it's because VW's Americanization of the Passat is going so well. 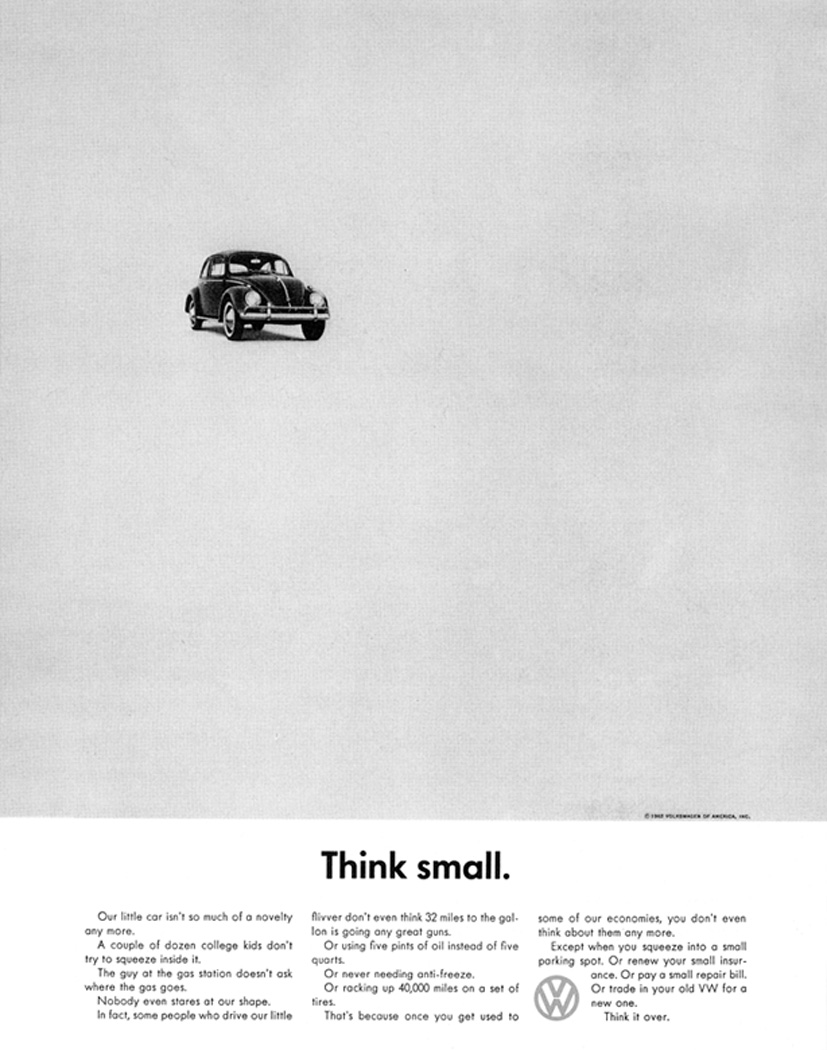 To be fair, the domestic do-over of import brands didn't begin with the new Atlas crossover. Imports have been growing fat almost as long as Americans have, and it's a global trend. An early 911 is a veritable wisp when compared to its current counterpart, which constitutes – coincidentally – a 50-year gestation. In comparing today's BMW 3 Series to its' '77 predecessor, I see a 5 Series footprint. And how did four adults go to lunch in the early 3 Series? It is so much smaller than what we've become accustomed to today; the current 2 Series is more substantial.

My empty-nester-view of three-row crossovers is true for most shoppers: If you need three rows of passenger capacity no more than two or three times a year – and most don't – rent it forgawdsake. If you do need the space more often, consider a minivan, which goes about its three-row mission with far more utility (and humility) than any SUV. And it's tangential to this argument, but where VW sees the millions or billions in the production and sale of an SUV, I – and millions or billions of others like me – think they should have done an all-new Combi, Vanagon or Eurovan, and not a GMC clone named for a mythic Greek.

The tale of the tape is too telling. Few hard specs have emerged following VW's reveal of the Atlas in Santa Monica, but an overall length of 198 inches, width of 77.9 inches and height of just under 70 inches puts the Volkswagen within a hairbreadth dimensionally of Dodge's three-row Durango. Let me repeat: Dodge Durango. My folks drove a Dodge 440 wagon at one point immediately prior to buying their '66 Beetle, and I can assure you at that time the only thing that Volkswagen and Dodge had in common was their gas station. 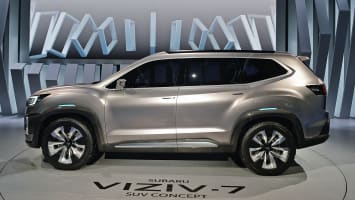 This diatribe isn't just about the folks from Wolfsburg by way of Chattanooga. At this year's Los Angeles Auto Show Subaru previewed its Big Idea with the three-row VIZIV-7 concept. Based on the specs already shared, its wheelbase, overall length and width put the new Subaru in the Chevy Tahoe size category. Subaru's last three-row, the B9 Tribeca, was ten inches shorter in wheelbase, 15 inches shorter in overall length, and a full six inches narrower than what was shown in Los Angeles. And while the B9 weighed in at a relatively chunky 4,100 pounds, we'll guess the production version of the VIZIV-7 will be around 5,000 pounds.

I know America has an appetite for big three-row crossovers. We also (regrettably) like our Big Macs. But import brands don't need to give in to the oversized-burger mentality. It's time to hit the reset button on the groupthink that dominates modern product planning. Both Volkswagen and Subaru established themselves as outliers in a too-big, too-crowded marketplace, and have historically succeeded by putting wholly original thinking on the street.

Going forward, I see nothing wrong with most import manufacturers staying in their respective comfort zones, and neither - in my view - would their customers. To preserve brand loyalty the companies should work harder at maintaining their brand identity. Is their current, collective move to 'bigger' better? Not by a long, wide, and overstuffed shot.