They started in Jeeps, with images of seven-slot grilles showing up on windshield edges, the text "SINCE 1941" appearing in the clear plastic of headlight units, and a relief map of Moab engraved into a rubber cubby liner. Then a Chrysler got a map of Detroit and the outline of Laguna Seca materialized near the Viper's window switch. We've come to call them Easter eggs, but Klaus Busse points out that they were never really meant to be secrets, just ways to dress up what he calls "dead plastic."

He's nevertheless cool with the phrase being applied and likes the enthusiastic response these design details get. Busse is intimately familiar with many of them, having signed off on many of them in his time as head interior designer for FCA's US operations. He recently moved to Europe to lead Alfa Romeo, Maserati, and Fiat design there, so when I caught up with him next to the new Stelvio crossover at the Alfa stand in LA, I had to ask: Are we going to see any of those neat design details in Alfas or Maseratis anytime soon? 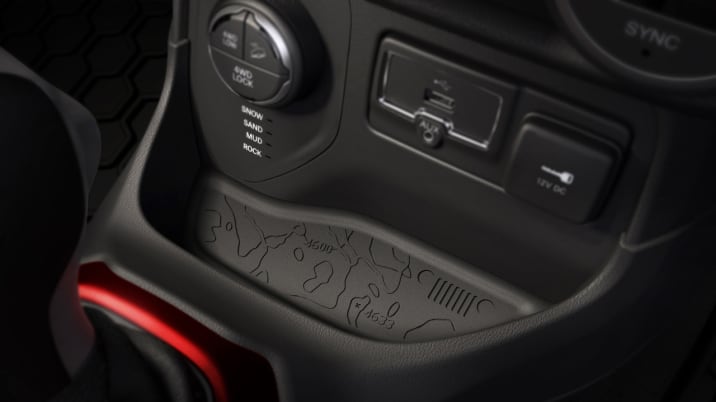 The short answer is no. But he didn't say it's out of the question. Busse said if, for example, a designer wanted to put an Italian phrase somewhere on a car that was in keeping with the brand, he would allow it.

Although he didn't come out and say it, it seems like he might feel this type of fun design element isn't necessarily appropriate for a higher-end brand like Alfa. And I get that. But I'm still going to check all the compartments of that new Alfa crossover for a map of the Stelvio Pass.