Clearly, there's benefits for both options. Update: A previous version of this post incorrectly stated that the A5 was the only Audi model to offer a manual transmission with the 252-horsepower inline-four. Audi will offer the same combination on the A4 in the near future. The text has been updated to reflect this.

When Audi revealed the new A5 and S5 coupes, we knew the elegant lines of the European model would come to the United States. But the big question was, would the drivetrains, and in particular, the manual transmission, come along? The answer is yes.

The 2018 A5, with its 252-horsepower, 273 lb-ft of torque turbocharged four-cylinder, will be offered in America with both a seven-speed dual-clutch transmission, and a classic six-speed manual. These combinations will take an A5 to 60 mph in 5.6 or 5.7 seconds, respectively. The A4 sedan will also offer the manual with the same engine soon, in case you need an extra pair of doors.

The four-cylinder model is also the only A5 model with a manual, since the turbocharged V6 S5 only comes with an 8-speed automatic. To make up for a lack of shifting involvement, drivers can take advantage of the S5's readily available torque. Like the Euro-spec model, our S5 will come with 369 lb-ft of twist, and it peaks at a stunningly low 1,350 rpm. That torque, combined with the engine's 354 horsepower, launches the S5 to 60 mph in 4.4 seconds. 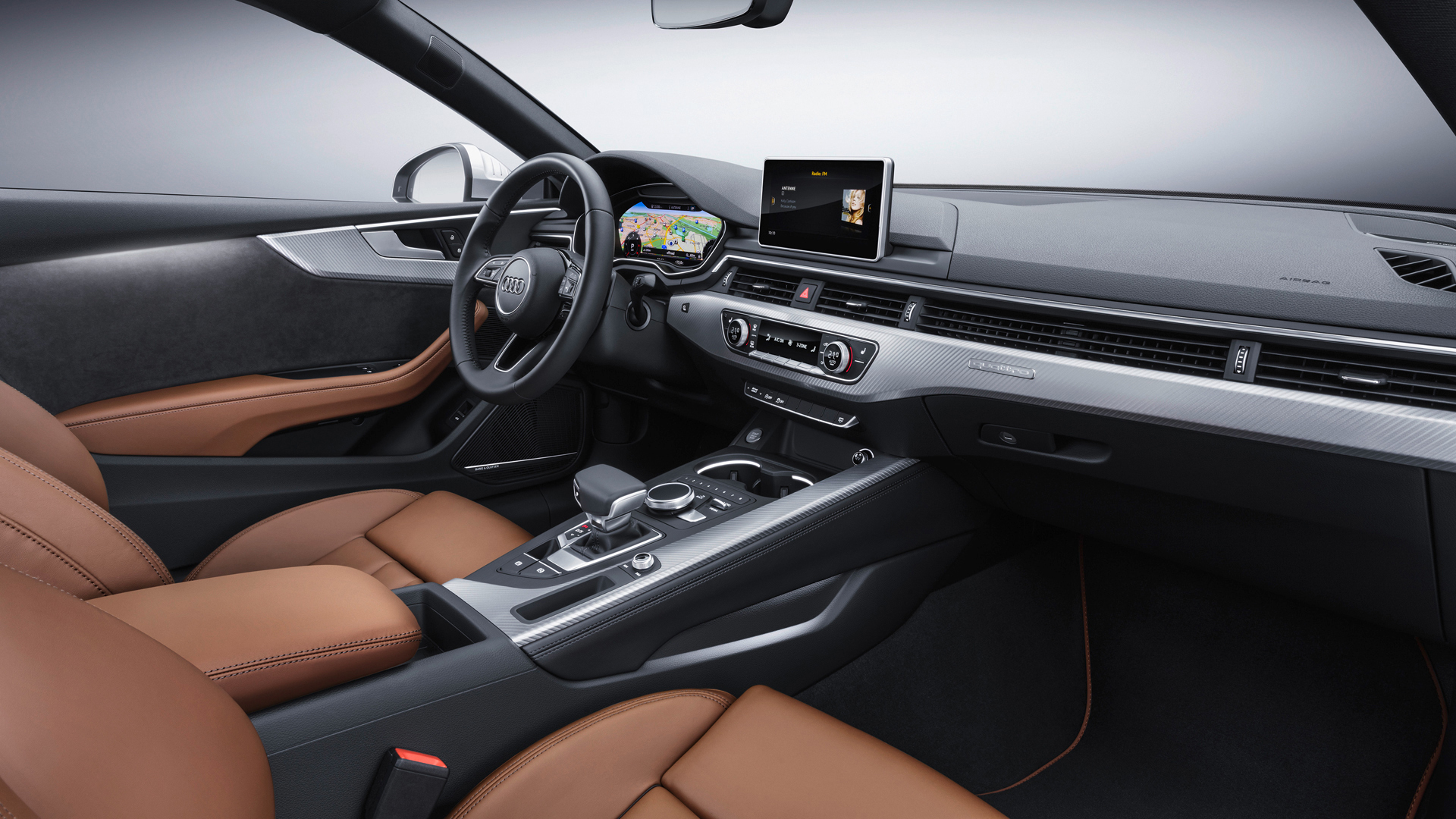 Every type of A5 or S5 also funnels its power through a Quattro all-wheel-drive system with torque vectoring. A5 owners can also personalize how their cars ride and handle, with either a sport suspension with different sway bars, shocks, and springs, or with the comfort adaptive damping suspension. The latter uses constantly adjusting electronic shocks for improved ride. The S5 has an available sports adaptive suspension that works similarly, as well as a dynamic steering option that can change steering ratios.

Capping things off is an extensive list of gadgets and safety features, some standard, such as the LED interior lighting and panoramic sunroof, and others optional, such as Audi's Virtual Cockpit LCD instrument cluster and lane keeping assist. A new feature for the A5 line is the MMI touch system, which allows drivers to write in characters with their fingers. Something Audi hasn't revealed about the A5 and S5 is the pricing and availability, but those details should come soon.