Some sacred cows in our industry are headed to slaughter. Take the notion of a model lifecycle. It used to be that an "all-new" model involved a brand-new platform wrapped in new styling, not sharing much if anything with the old one. That concept is dead, and rightly so. The 2017 Nissan Pathfinder is both the past and the future.

We went to Monterey, California, to drive the Pathfinder under an angry sun; a massive wildfire, burning a few miles away, rained down ash and filtered the daylight into a warm, orange glow. That fire stayed far away, but the scores of fire trucks rushing to the scene all throughout our drive route reminded us to put things in perspective.

Perspective is important for this crossover. Nissan says it's "one of the most extensive mid-cycle refreshes in company history," which is public relations speak for a moderate refresh. There are three major areas of differentiation from the previous model: revisions to the V6 engine, increased towing capacity, and a light front and rear restyling.

We suspect that Nissan perceived that the older Pathfinder, which from the outside didn't attempt to hide the fact that it was a three-row crossover, wouldn't hold up in a market that prefers crossovers that look like trucks. With each restyle, the competition reinforces this trend: the new Honda Pilot is still a bit smooth, but the facelifted 2016 Ford Explorer and 2016 Toyota Highlander look more truckish.

The horsepower bump is also nice, putting the Pathfinder mid-pack – there's more juice on hand than either the Highlander or Pilot can offer, but two of the Explorer engines offer more power. No matter, it'll out-tow them all, including the soon-to-be-replaced Chevrolet Traverse and the brand-new, downsized GMC Acadia.

If you can get by with less towing capacity, you have an embarrassment of options, and so it's tough for the Nissan to stand out. But if you want the mild manners and conservative looks of an established player, and you just bought a bigger boat, the Pathfinder is worth a look. 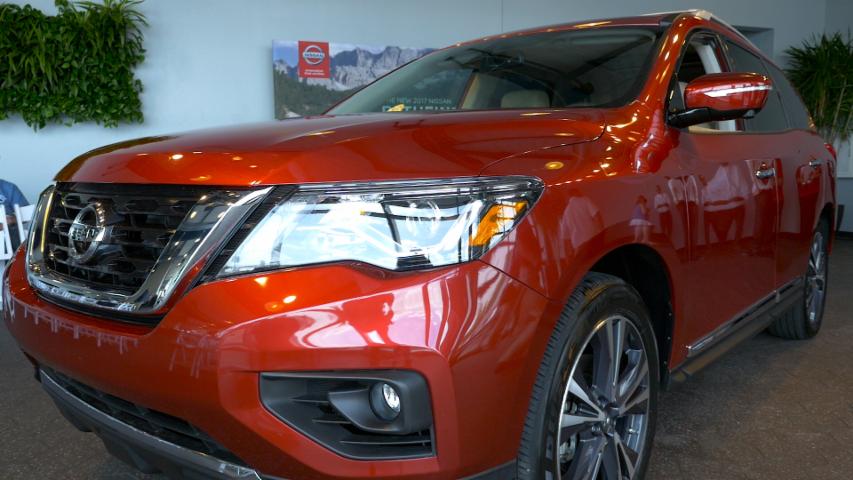