Nissan revealed the refreshed 2017 Pathfinder today, showing a more rugged looking and more powerful version of the model that debuted in 2013. The 2017 model will mark the 30th anniversary of the debut of the original boxy Pathfinder, and Nissan is marking the occasion with a facelift for the new one.

This is a refresh, not an all-new model. As such, it still resembles the outgoing 2016 model in many respects. The profile remains mostly the same, but the front and rear fascias have been reworked. There are new designs for the headlights, taillights, foglights, and daytime running lights. A new grill surrounds all this new lighting, butting up against a raised and slightly bulkier hood. Overall, it does give the front of the new Pathfinder a slightly more butch appearance than the outgoing model, though nothing close to the old body-on-frame vehicles of yesteryear.

Underneath the skin, the 2017 Pathfinder still closely resembles the model that debuted in 2013. There are some advanced safety features like collision mitigation available on upper trim models. The suspension has been stiffened slightly and Nissan engineers adjusted the steering, but the four-wheel-drive system continues unchanged.

The biggest change mechanically comes under the hood. Nissan admits that the 3.5-liter V6 is not a new design, but it does employ quite a few new parts. The engine now cranks out 284 horsepower and 259 pound-feet of torque (up from 260 hp and 250 lb-ft). It uses direct injection and, in combination with a decreased drag coefficient, achieves the same fuel economy numbers as the 2016 model. The increased power output raises towing capacity to an impressive 6,000 pounds.

Inside, the Pathfinder benefits from a slightly redesigned console as well as a larger eight-inch touchscreen infotainment system. The Pathfinder will be available with the company's divisive NissanConnect system. With a subscription, customers will have access to emergency services, remote access, and three years of Sirius XM Traffic and Travel service.

We won't know pricing until closer to the September release, but Nissan said it should be close to the 2016 model. 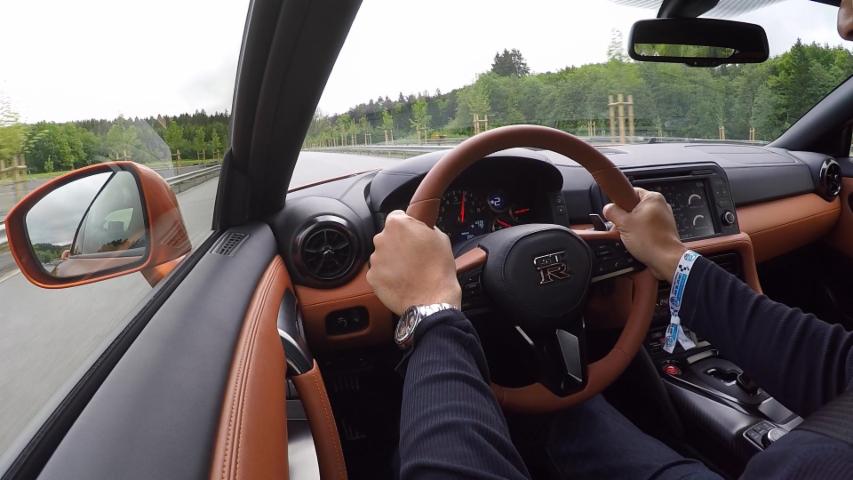