Karma Revero will be unveiled, with pricing, this summer

The new Fisker Karma successor, called the Karma Revero, will be similarly sleek.

The Karma Revero, the high-end extended-range plug-in vehicle that will be the successor to the Fisker Karma, will have a prototype unveiled and will announce its pricing this summer, the Los Angeles Times says. Karma may produce as many as 3,000 vehicles a year out of its Southern California factory. The automaker, now owned by China-based Wanxiang Group, also may pursue the direct-to-consumer distribution model used by electric vehicle maker Tesla Motors, the Times says, citing Karma chief marketing officer Jim Taylor.

The former Fisker Automotive's assets were acquired out of bankruptcy by Wanxiang Group in 2014 after Fisker, with its vehicles' 33-mile all-electric range, stopped making cars in 2012 and went under. The four-door Karma Revero, which is said to deliver more than 400 horsepower, will look similar to the Fisker Karma and will also likely be priced at more than $100,000.

Karma is making the vehicles out of a 550,000-square-foot factory in Moreno Valley, California, about 60 miles east of Los Angeles. The production line at the Valmet factory in Finland where the first batch of Karmas was made was broken down into parts and shipped to California for the new plant, while about 120 finished Karmas that were never sold were eventually used for test vehicles.

Karma officially changed its name from Fisker last year. Fisker, which at one time was going to build a second model called the Atlantic, was founded in 2007 by famed designer Henrik Fisker, who now helps run a coach-building company.

Karma Automotive is also planning to build sales and engineering offices in Troy, Michigan, near Detroit, as the company is receiving some funding from the state of Michigan. About 150 workers will be housed at the $3.6 million facility. 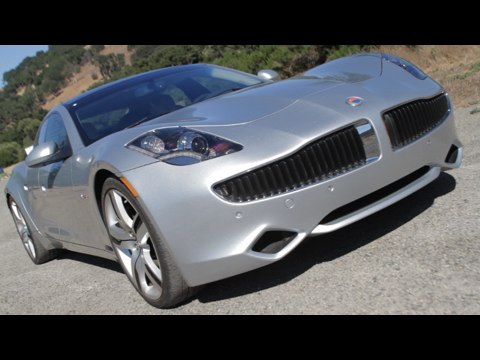